The Joylancer: Legendary Motor Knight is currently in development and it has an Early Access build to help fund the full game and to get feedback from fans. The Early Access provides a tutorial, a few short levels, a local multiplayer mode and a cool survival style mode. There’s plenty of fun and action on offer here, and it gives a reassuring indication that the finished product is going to be nothing short of wicked cool. The Joylancer is a 2D action platformer looking to capture the magic of old school portable action games, but with the added polish and dazzle of modern sprite-based games. Joylancer is a quirky sci-fi steam-punk departure from the many other platformers you can find on Steam. It’s got a nice ‘90s vibe about it with a gameplay style and design imposing an interesting inconvenience, which ultimately plays to the style and flow of the game in a very compelling manner.

The Joylancer likes to call itself a Game Boy style game but to us it looks more like a Neo Geo Pocket game than anything, and that’s a compliment. It is the type of cool and experimental game you were more likely to find on the Neo Geo Pocket than the casual Pokemon machine that was the Game Boy. The art style, sprite designs, music and action all come together to create a game that would have fit comfortably on SNK’s late handheld which was built for a hardcore niche. Not to mention, the NGP actually had the power to process the cluster of dazzling sprites and produce the silky smooth animations of a game like Joylancer. Above all, like most misunderstood SNK action games, Joylancer is one of those games that looks deceptively simple but is deep and skill driven beneath the surface. 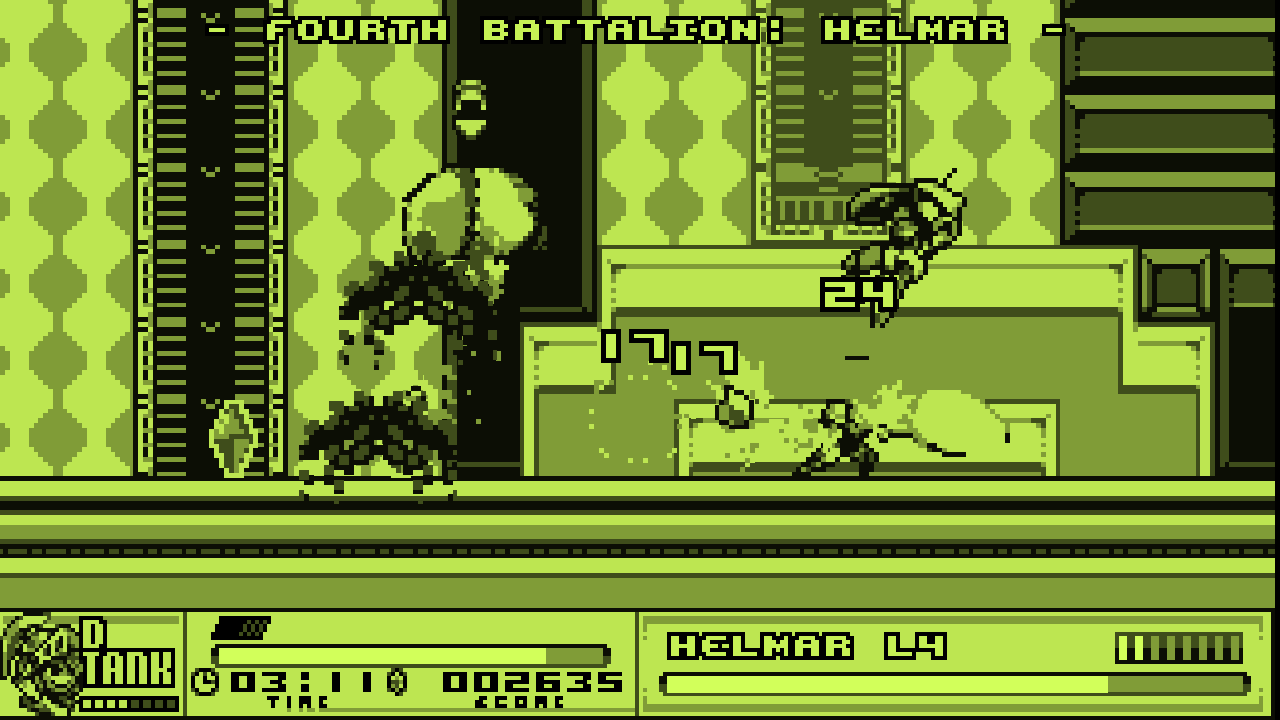 Joylancer has you take control of a motor powered knight armed with a huge lance. The main mechanic requires you to rev up in order to dish out more damage with greater velocity, and so revving up becomes quintessential at every single moment because your offense is worthless otherwise. Your revved attacks are used up just as quickly as you charge them, so it’s a constant effort to hold still for a second to power up your offense all while enemies continue to jump you. In a fast paced action game where every moment matters, timing these weapon charges effectively and efficiently is a big part of the core combat tactic. Revving up isn’t just about dishing out more pain, it also allows allows you to drill through obstacles with greater ease, perform higher jumps, and even rail grind in certain sections of the level. What’s cool about the mechanic is that it initially feels like an inconvenience during your first moments with the game, but it ultimately complements the flow and style of the gameplay in a way that’s compelling. Learning to rev up proficiently is a rewarding feeling when you are able to skillfully speed through levels and enemies.

The action in this game is hard hitting goodness, with the lance being used to drill, smash, and pound through enemies. There’s plenty of tight platforming too, some involve grinding rails to build up enough speed for an extra high jump. The main structure of the levels work a little like what you’ve come to expect from games like Bayonetta and Devil May Cry,where you’re locked into certain sections by temporary invisible walls until you clear out all the enemies. The design works in Joylancer’s favor because of how darn fun and versatile the combat system can be, as the proverbial Motor Knight has all sorts of cool multi-directional attacks and techniques that allow you to have fun as you take apart robotic foes in a variety of ways. The action is always hectic and demanding, with plenty of breaks in the form of platforming and drilling. 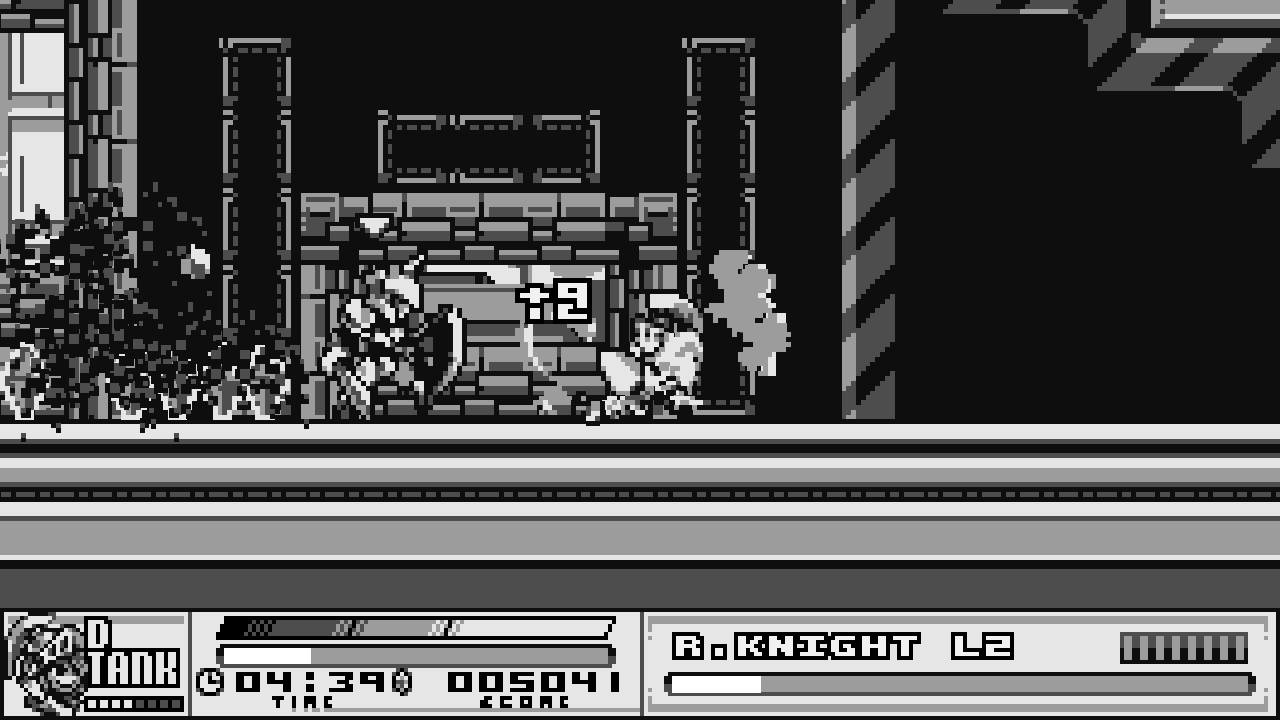 Since the core combat is so much fun, Joylancer will also include local multiplayer modes as well as the Dark Palace mode, which is a survival mode of sorts where you work your way through increasingly difficult enemies (think Bloody Palace from Devil May Cry). The main campaign has a ton of gameplay variety and replay value with its score driven nature, but having a multiplayer and survival gauntlets are nice cherries. Multiplayer in particular is going to be a consistent element of the whole experience, as even the main campaign and Dark Palace mode will incorporate local multiplayer co-op in addition to the competitive multiplayer offerings.

What’s really cool about Joylancer is how customizable it is in terms of visuals. You can toggle through all sorts of visual filters which are reminiscent of handhelds of yesteryear, and so you can play in the monochrome setting, incorporate a little color, or even experience gaming in classic Game Boy fashion with a green display. There’s resolution filters too as you can play the game within a makeshift virtual handheld of sorts complete with a LED. 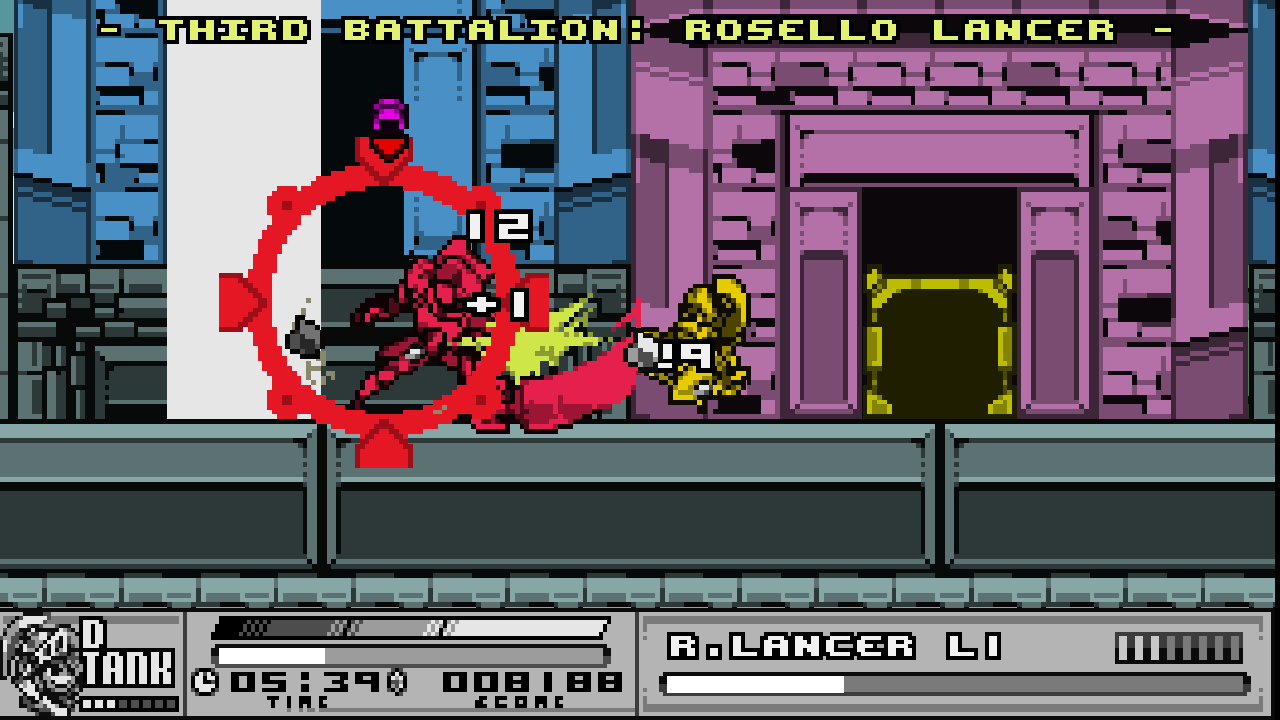 The Joylancer: Legendary Motor Knight is as cool as retro homages come. It’s like one of those uncommon and rare titles of the ‘90s that exude a lot of spunk and charm in their minimalist and yet so artfully crafted sprites. It looks and plays like something that could have easily passed for a homebrew Neo Geo Pocket project. With its versatile and engaging combat system, and overall fun action platformer design, Joylancer is an uncommonly cool game. If you’re a fan of classics like Mega Man X, Rocket Knight, and SNK’s 2D action games, then it’s worth getting involved in The Joylancer’s Early Access.