Like it or not, digital distribution and indie gaming is the way of the future. This hardware generation carries on the traditions of yesteryear: exclusives, horsepower, add-on peripherals and rabid fanboys. But it’s also become a battle for the most appealing indie digital titles, with console makers now pushing towards gaining the most diverse lineup of small budget titles, and promoting them as if they were big budget retail blockbusters. The Xbox One arguably has quite a bit of edge in this regard, and one of the more promising titles of their indie initiative is Kalimba, formerly known as Project Totem. A special sneak-peek build of the game, which features eight levels and an epic boss battle, indicates that Kalimba has all the right elements of a fun, thoroughly challenging, and modestly priced (only $9.99) digital experience for the Xbox One.

Kalimba immediately wins you over with its super crisp, vibrant, and colorful visuals, with everything constructed out of triangles to present some really imaginative and fun art. The animations are fun and expressive, with the tribal themed music adding to the vibe and feel nicely. Kalimba could have been a collection of random puzzles and exercises, but it ends up being a proper adventure complete with a world map, story, and bosses. The story is presented in humorous fashion, where a pair of totem blocks work to reconstruct a sacred holy totem pole that was destroyed by an evil shaman. Along the way they must overcome evil minions and behemoth bosses to get to the many totem pieces. 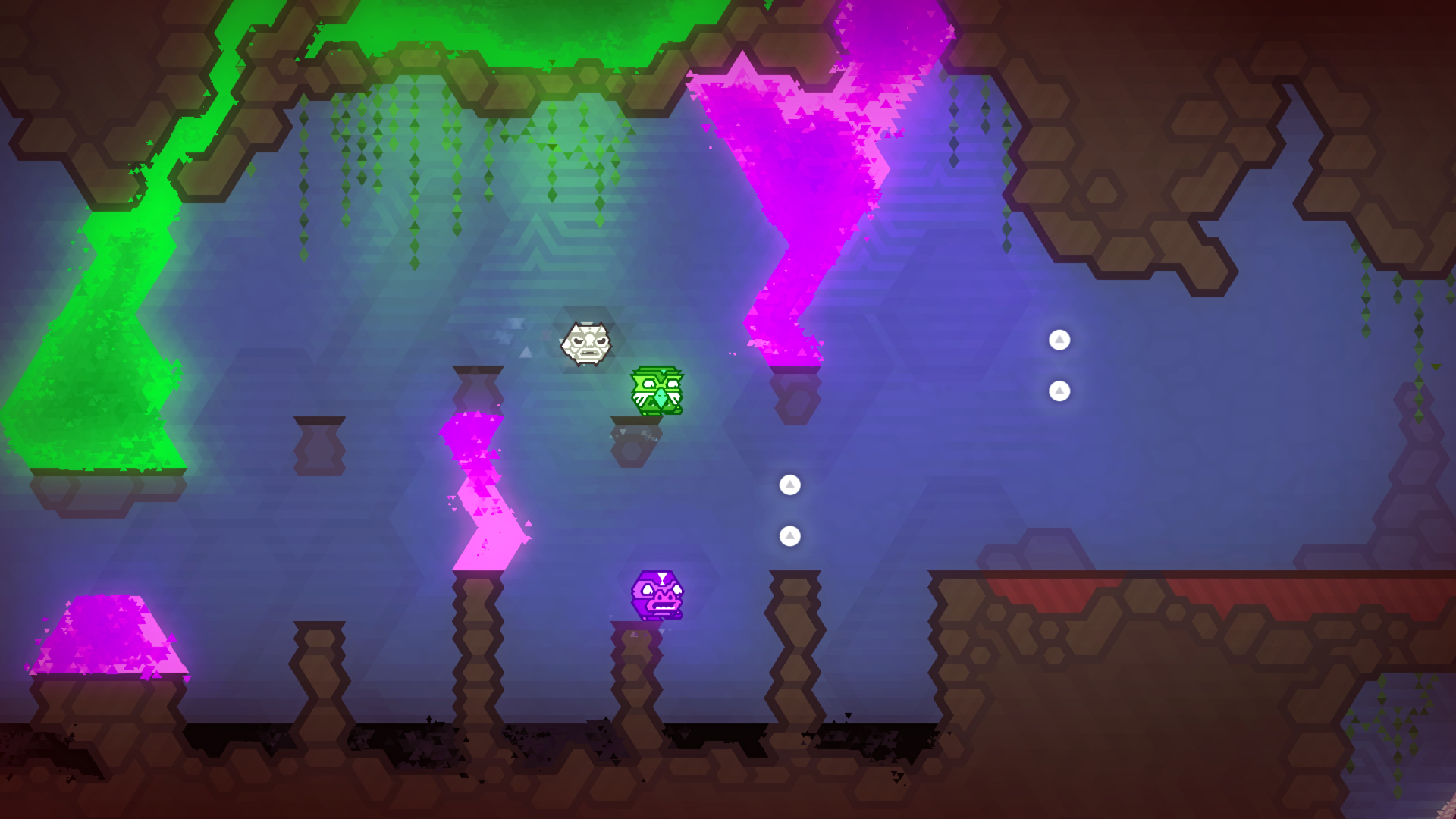 At its heart Kalimba is a puzzle platformer, and even in this early build each of the eight available levels drastically shook things up in mechanics, level design, and pace. This build featured a pair of totem poles; one green and one purple, and they work together to navigate some difficult platforming and situation-based puzzles. The color difference is crucial to the design, as throughout the levels in this demo there  were green and purple barriers, and only the corresponding totem piece can go through these as a color mismatch leads to instant death. Both totems are controlled simultaneously with the same button commands, which makes for some intuitively stimulating platforming and puzzle solving.

Levels varied in length, but unlike most speed run platformers today, Kalimba doesn’t factor in the time spent when calculating your final score. Instead, it embraces the old collecta-thon design from yesteryear by emphasizing grabbing as many collectible triangles before you reach the end of a stage. These triangles add to your final score, and the only thing that will shave away from your score is the number of times you die. Which means the levels in Kalimba are designed to quickly and swiftly make your totems taste an unexpected demise over and over. Rack up a death count of more than five or so and you can expect nothing more than the lowest ranking. 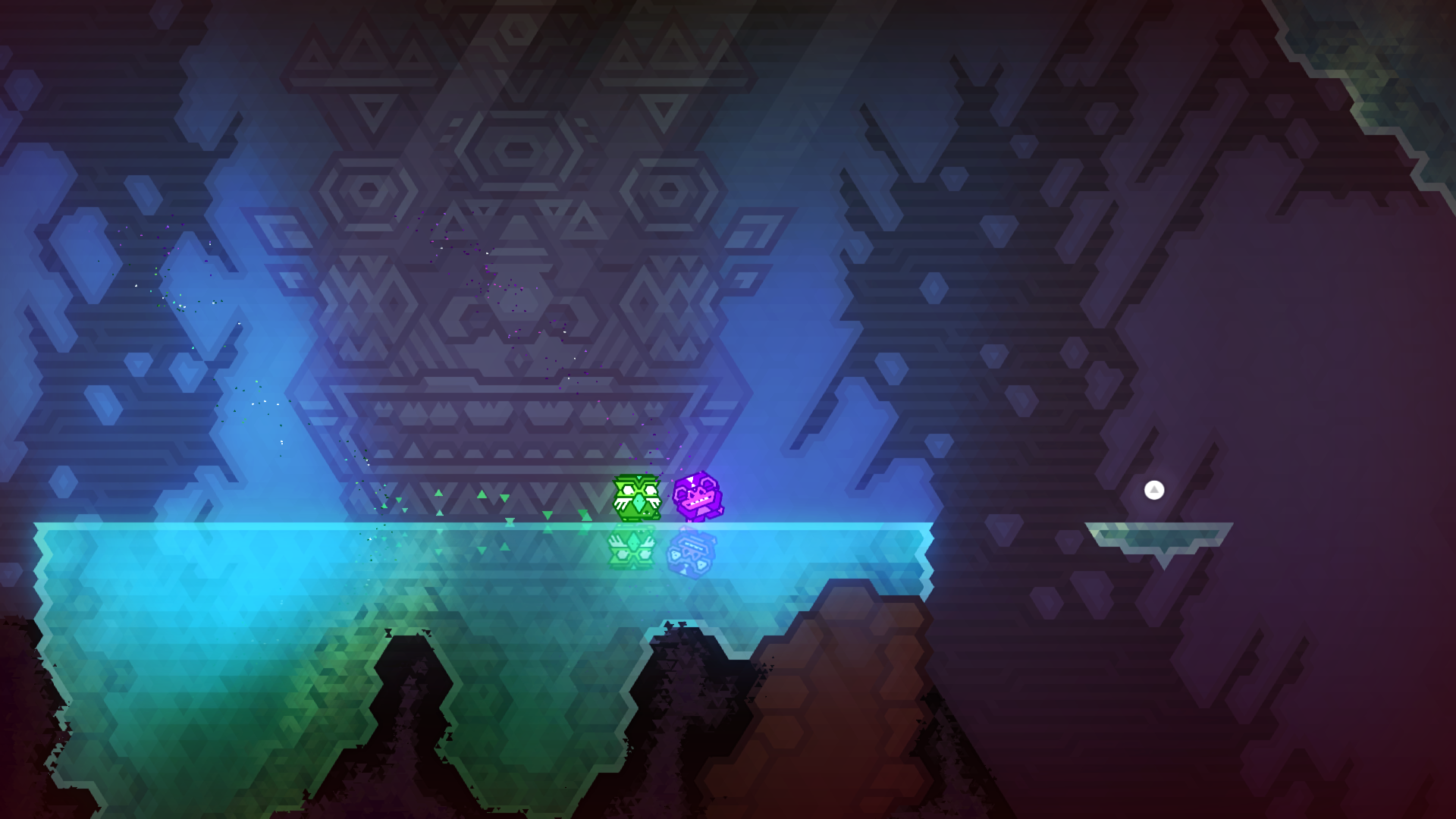 This ultimately makes Kalimba a substantially difficult game, something that became abundantly clear even within the first eight levels. This puzzle platformer isn’t just about intuitively solving puzzles, it’s also about sharpening reflexes to react instantly to faster paced moments and to navigate some tightly designed paths that will take several attempts to fully master. As much as you’ll taste defeat, you’ll still keep coming back for more because you know exactly where you slipped up, and it’s crazy how easy it is to repeat the same mistake simply because of your lagged reflex. Fortunately, aptly placed checkpoints are featured to easen the weight of failure.

The cherry on this cake is the inclusion of boss battles, and while these tend to play out as traditional levels where the main idea is to escape (Captain Toad: Treasure Tracker is looking to feature something similar), these bosses go through several phases and eventually your little totems will have to stop running and actually dish out some offense. The snake boss battle in this demo was a lengthy battle of epic proportions, and the final build can only deliver more interesting monstrosities. 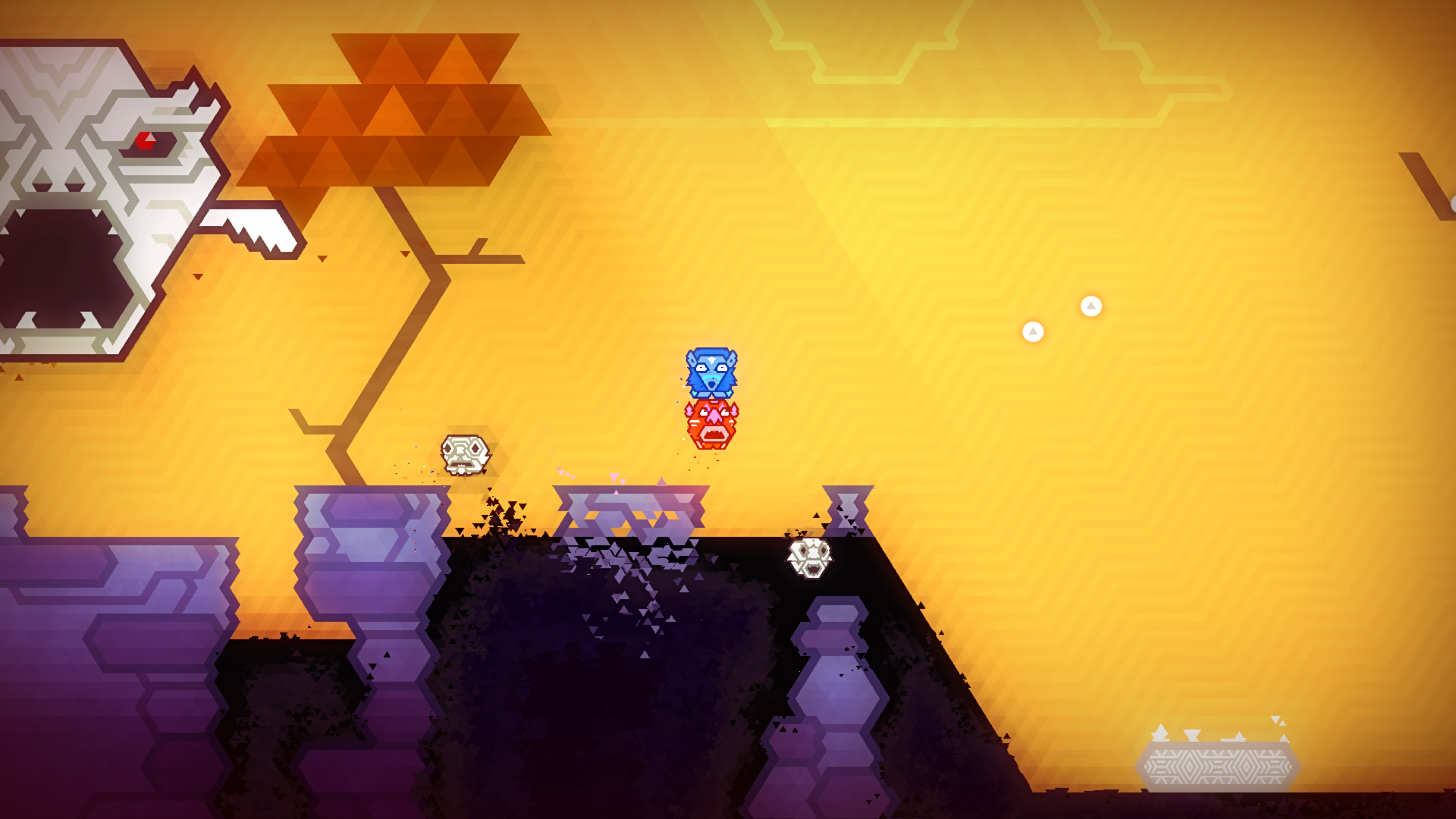 Kalimba launches digitally and exclusively for the Xbox One on December 17 for a generous price of $9.99. It will also include local co-op multiplayer and a collection of fun mini-games to boot. Xbox One owners have a neat little exclusive for their collection and PC owners can join on the fun sometime in January 2015.