One of the better games on the Xbox Live Indie Games channel was the twin-stick shooter Echoes+, which was an update of Binary Zoo’s Echoes with added game modes and achievement-like goals.  Echoes+ was pure screen-shaking eye-watering chaos, and like its obvious inspiration Geometry Wars the action felt amazingly good.  Fly around the arena, blast asteroids and collect powerups, get stronger, get completely overwhelmed by the sheer volume of giant objects littering the screen making every avenue of potential escape turn into a barrage of shield-crushing doom.  Xbox Indie Games is pretty well over at this point, but Echoes+ lives on thanks to being recently released as freeware for PC.

You start off with your little round ship in the traditional rectangular arena, flying and aiming your twin bullet-stream to disperse the asteroids drifting about.  A few red powerups later and that gun is a brutal spread of firepower, hacking apart giant rocks that shake the screen with their explosions.  Red streams of meteors snake through the arena, yellow stars drift across holding score multipliers if you can get to them, waves of rock tear across the screen from all sides, and giant black holes chase you down.  All you need to do is shoot everywhere all at once, but seeing as that’s not an option you’ll have to run like mad while trying to clear out a small section of momentary safety. 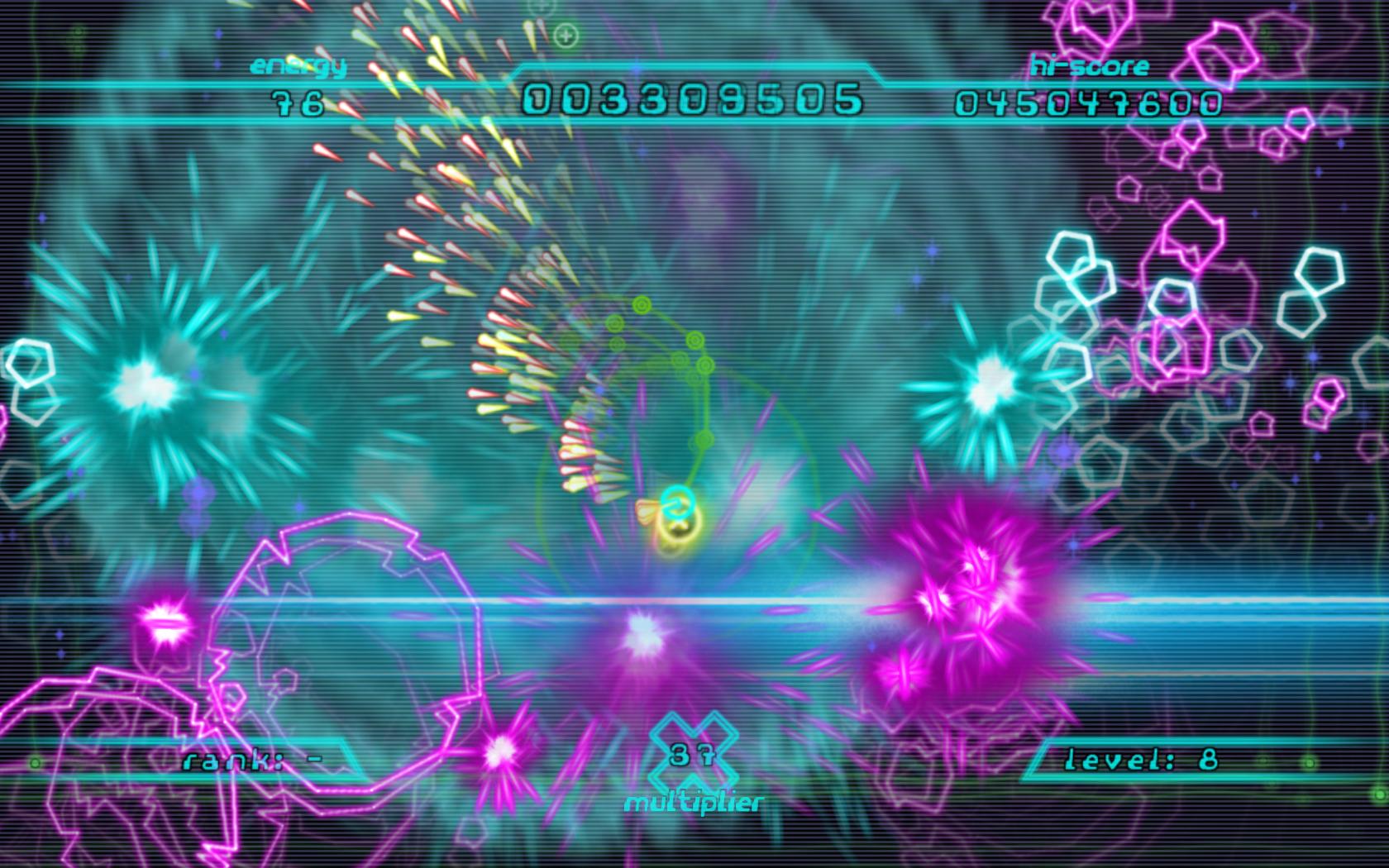 While the action looks brutal, Echoes+ is fairly forgiving.  The ship has a shield that provides decent protection, and health powerups are merely scarce rather than actually rare.  Unlike Geometry Wars, Echoes+ doesn’t punish you too harshly for being stupid, greedy, or slow, but one way or another that shield is going to get whittled down to nothing.  By the time the game is over, however, you’ll have had a nicely lengthy round of twin-stick shooting that will probably leave you half-blind from neglecting to blink.  Echoes+ was excellent on Indie Games, and its freeware release on PC should do nice things to prevent it sinking into undeserved obscurity.

Go get it here.  Don’t forget to blink.