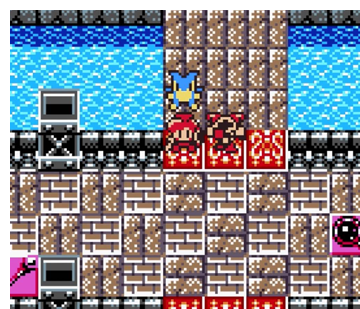 The PlayStation saw plenty of quaint RPGs, many of which were ported to other consoles. Azure Dreams, Playstation’s second answer to Pokémon(the first was Monster Rancher) made the jump to Game Boy Color in 2000.

Azure Dreams is a rogue-like role-playing game developed by Konami. You take the role of Koh and his familiar Kewne as they venture into Monster Tower in search of Koh’s father. Monster Tower is filled with monsters (the name is a bit of a giveaway), but that’s not all bad news. Some familiars and eggs can be kept and raised to fight. Koh is no slouch in combat on his own either, and he can fight with various weapons and magical items.

Randomly generated levels can be simple or labyrinthine. Since this is a roguelike Koh’s level resets whenever he leaves the tower, but his familiars keep their experience. On certain levels of the tower there are powerful enemy familiars that act as bosses, and in the leadup to their fights you’ll often see cutscenes that expand on character dynamics. 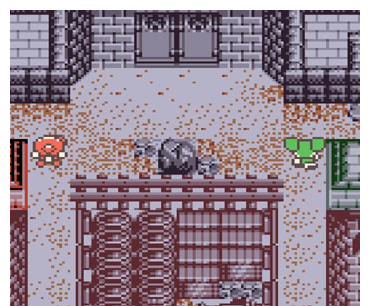 When you’re not in the tower you’re free to roam around the tiny town of Monsbaiya, but it doesn’t have much going on. You can buy new items or sell things you’ve found, swap out your party of monsters, or talk to Koh’s love interest Nico, and that’s more or less it. Occasionally, when you make progress, new NPCs will show up with different dialogue

Much like the popular Nintendo series that it in no way copies, Azure Dreams is well suited to portable gaming. Progress through the tower can be a little slow, but the game saves with each level you climb, so you can easily play in short bursts. The variety of items and monsters is impressive, and not a lot has been lost at all in porting the game from PlayStation. The graphics are quintessential GBC fare reminiscent of Pokémon and Dragon Warrior Monsters.

Azure Dreams isn’t the greatest game, but it’ll keep you entertained for a good while, and it’s remarkably well suited to handheld play. If you enjoy it there’s a pseudo-sequel for DS called Tao’s Adventure: Curse of the Demon Seal that should keep you occupied even longer.