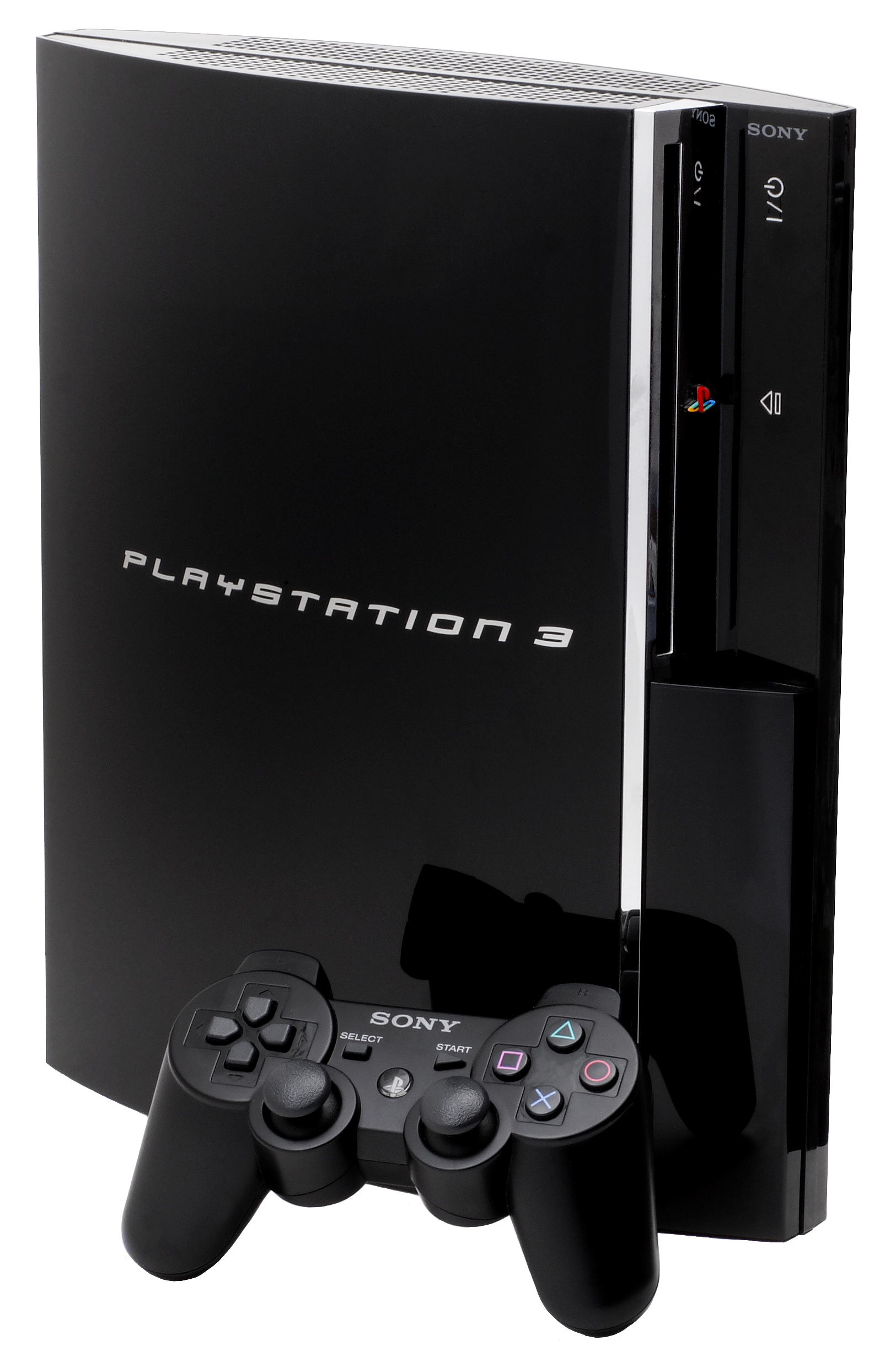 With its web-connectivity and Blu-ray capabilities, the PlayStation 3 is the first of Sony’s consoles to fully follow through on its vision of a Computer Entertainment System. Though it struggled initially, the PlayStation 3 ultimately strode forward in a bold and mature direction with a library of exclusives that blur the lines between video games, cinema, and art.

Ni no Kuni: Wrath of the White Witch 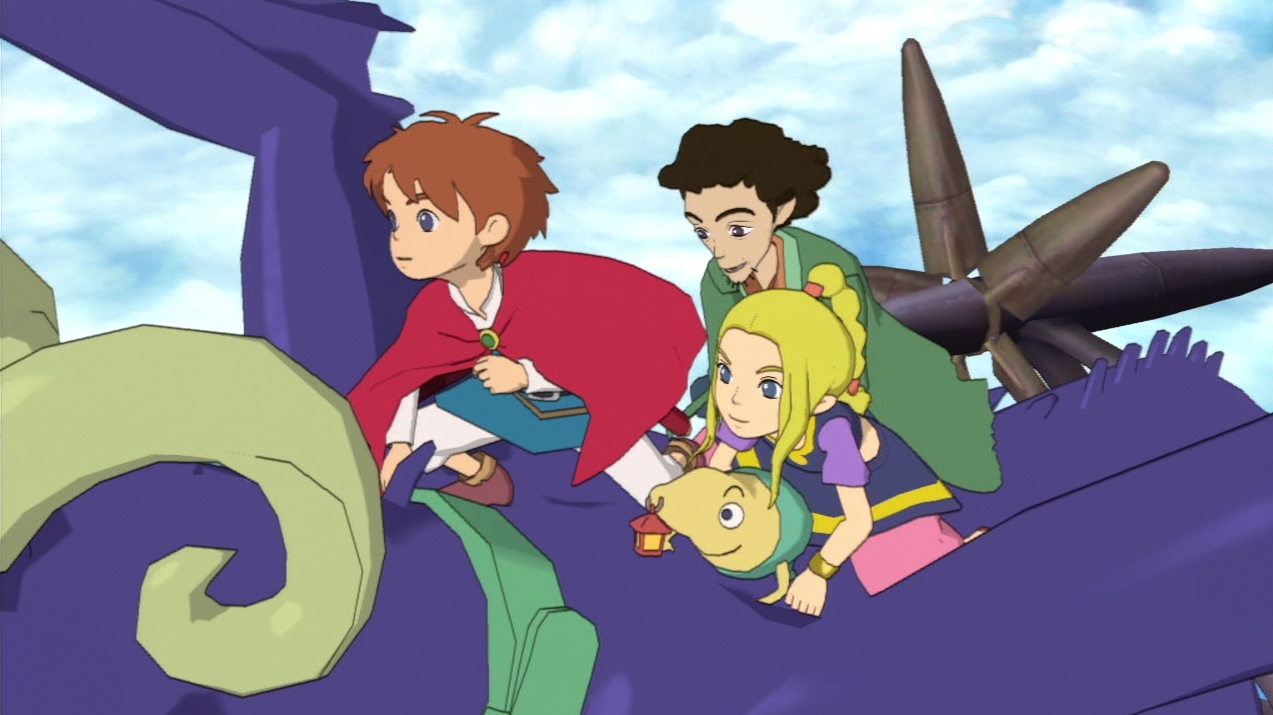 When Bandai Namco announced it was teaming up with Hiyao Miyazaki’s Studio Ghibli and having Level-5 return to RPGs, fans were ecstatic. Combining a beloved animation studio with a well-respected JRPG creator led to one of the PlayStation 3’s best-looking games. The creature-led battle system is unlike anything on a PlayStation system since the demise of Monster Rancher, and the storyline’s sometimes dark nature beguiles the bright and cheery look. It would be easy to dismiss Ni no Kuni as a kiddy game, and a big mistake to do so as well. This is one of the few RPGs out there with an element of whimsy and discovery in it, and is well-worth playing for any PS3 owner. – Jeremy Peeples

The Last of Us 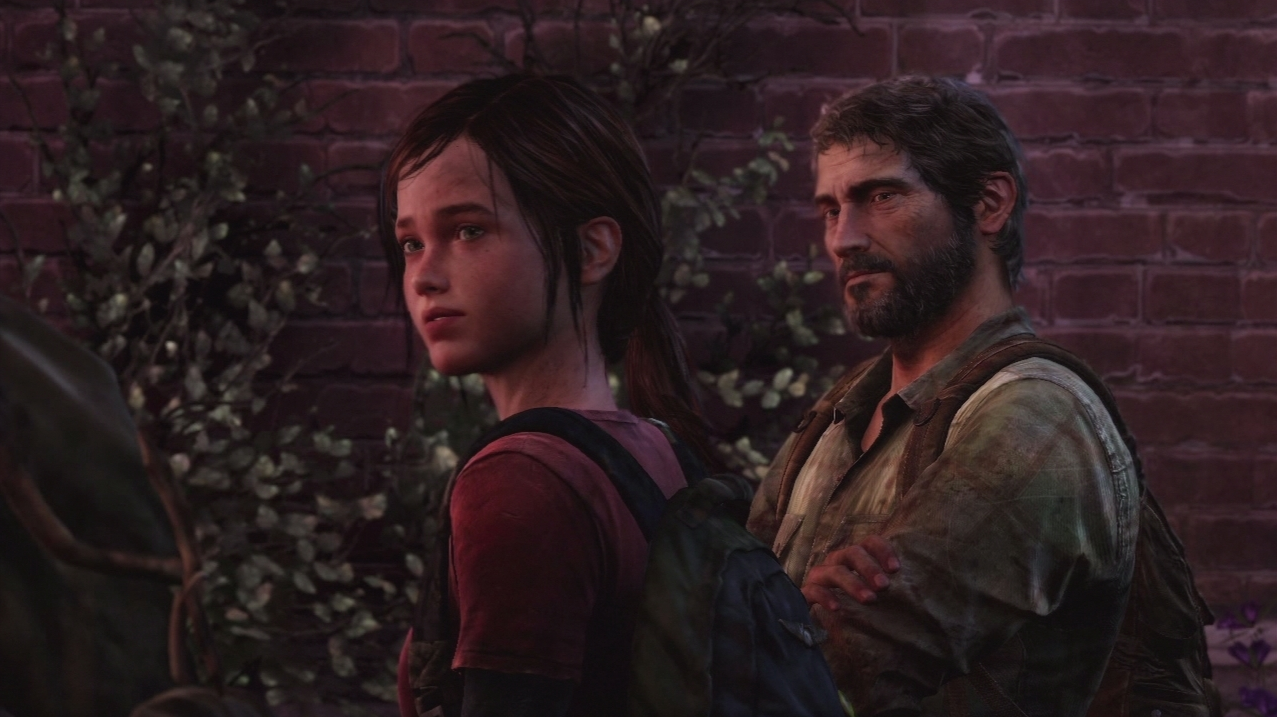 Naughty Dog raised their game more than anyone could imagine with the Uncharted franchise, but their hard work there seemed like a mere prelude to The Last of Us. This game takes the zombie outbreak idea and turns it into a compelling and genuintely moving narrative that makes you care about every character you encounter. You feel Joel’s pain when he loses his daughter early on, while the deliberate spacing out of characters makes you feel isolated, which really pays off later when you meet a horde of people and don’t know just who to trust. The Last of Us is a beautiful story told under the guise of a third-person shooter with survival elements, and the latter element ensures that the multiplayer will keep you busy long after the single-player campaign and its must-have DLC storyline expansion have ended. – Jeremy Peeples 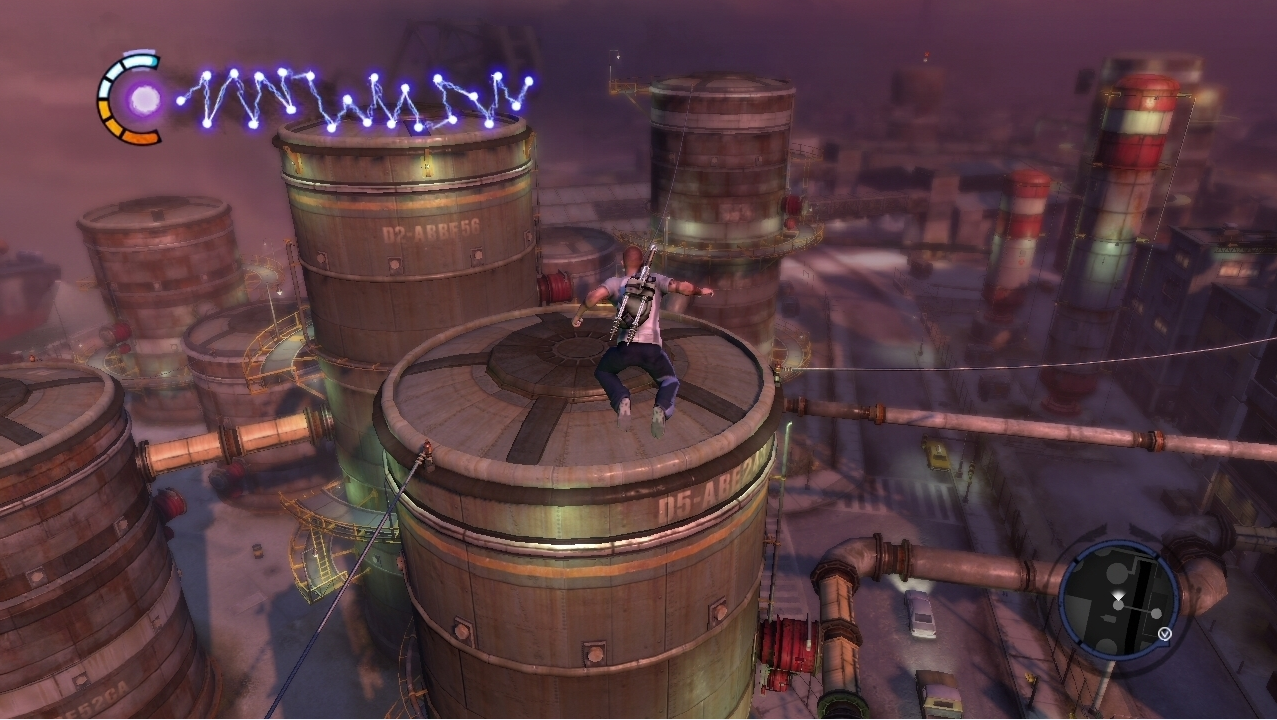 Say what you will about GTA V‘s massive world, Skyrim‘s never ending quests, or the collect-a-thon that is anything Ubisoft. inFAMOUS 2 is, pound-for-pound, one of the greatest open-world games of all time. Rarely do we see such a high-quality combination of story, side-quests, collectibles, environmental variation, and life. The original inFAMOUS‘ combination of traditional third-person shooter mechanics and Cole’s unique electrical abilities is taken to the next level, resulting in unadulterated badassery. With three separate enemy factions, each consisting of numerous foe types, inFAMOUS 2 manages to avoid moment-to-moment staleness. Mr. McGrath’s quest to stop The Beast from destroying the planet takes a number of exciting twists and turns, culminating in two completely different endings that necessitate multiple playthroughs. The best game to ever come out of Sucker Punch Productions is not only one of the best PS3 games, it’s one of the best examples of how to properly construct a sandbox title. – Matt Whittaker 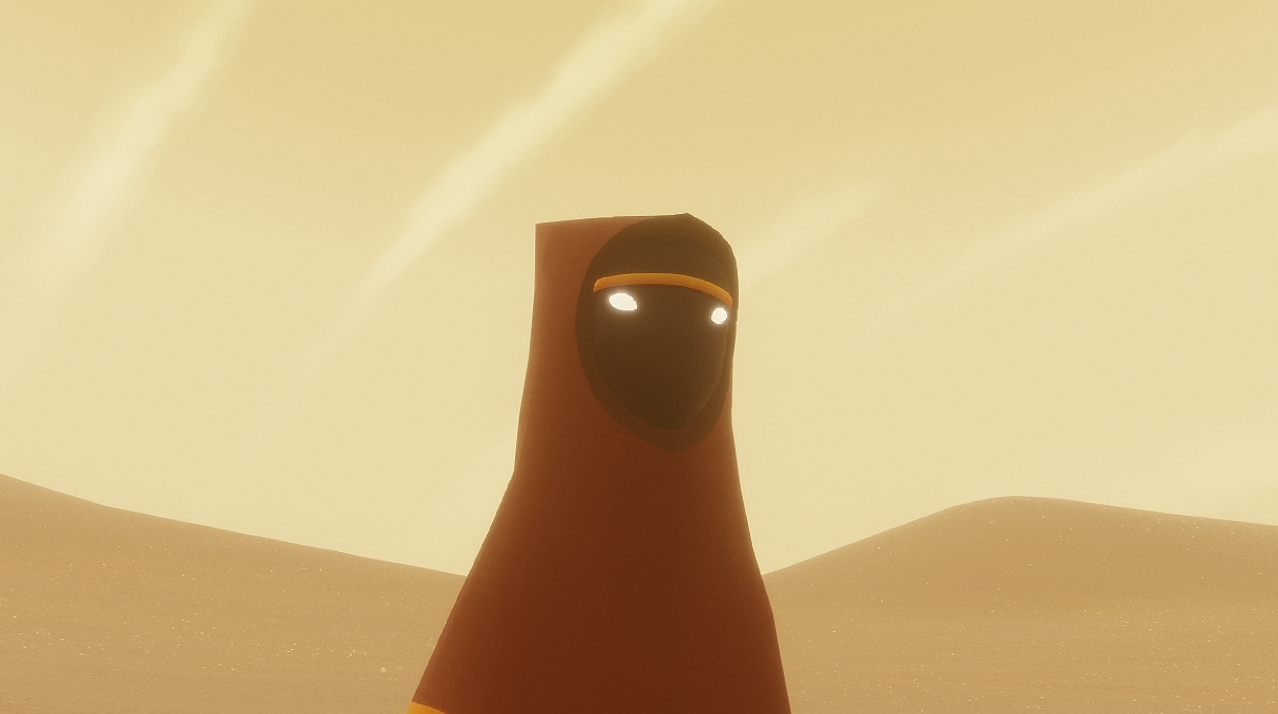 The quintessential “Video games are actually art, dude,” example, Journey is everything and nothing at the same time. Your robed character’s pilgrimage from the desert to the peak of the ever-present mountain in the distance can tell whatever story the player sees fit. Is it a tale of escape or one of self-actualization? Are you attempting to accomplish a dream or simply do what you’ve been told to do? Add this touching emotional expedition to perhaps the best implication of online multiplayer of the PlayStation 3 generation and you have a surefire classic. Oh, and it’s worth noting that Journey has a real argument for being the best looking PS3 game ever. Whether it moves you to tears, brings a smile to your face, or confuses you, Thatgamecompany’s latest effort is required gaming, period. Also, I may or may not have the player character’s scarf permanently inked on my body; Journey is that damn good. – Matt Whittaker 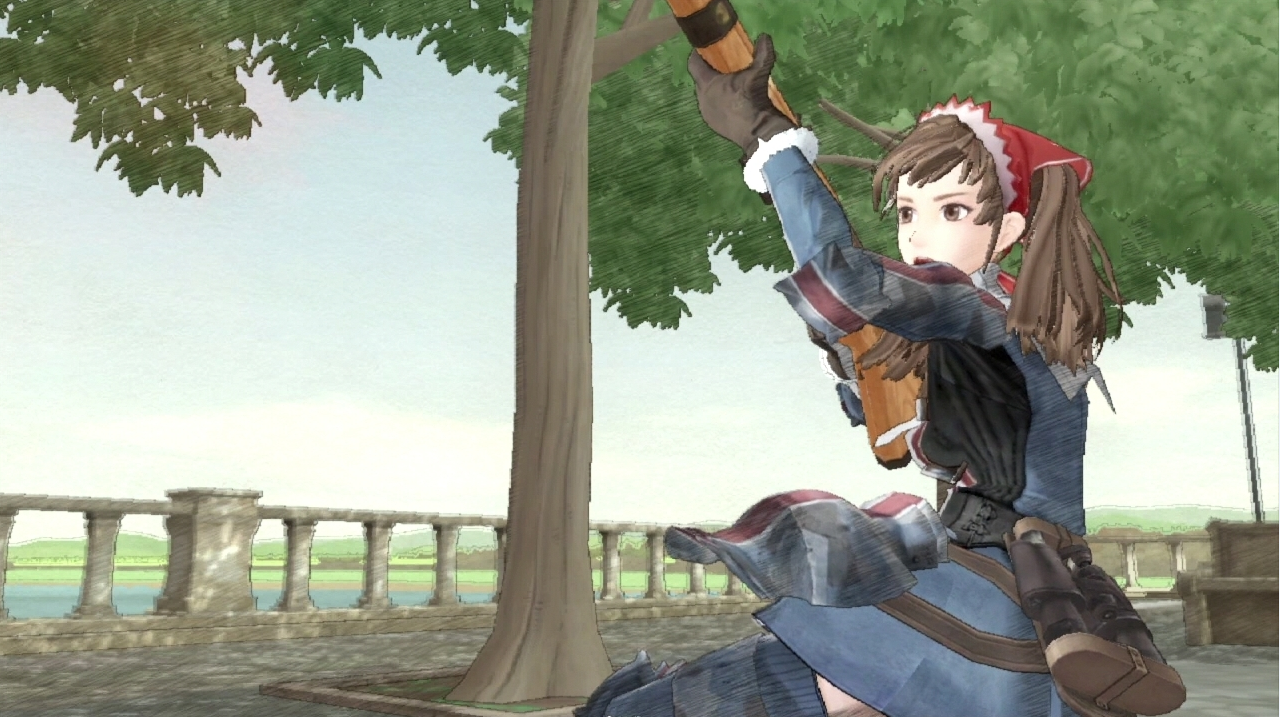 I’ve already written a lot about Valkyria Chronicles (that review is in fact the longest in Hardcore Gamer’s history), but it deserves a few more words. This quirky SRPG became something of a sleeper hit in the early days of the PS3, and was often the crucial investment-justifying second purchase for gamers who bought the system for MGS4 or LittleBigPlanet. Few games are as beautiful or thoughtful as this one, and even fewer meld that aesthetic and narrative sensibility with truly excellent gameplay. If you’re a strategy gamer, Valkyria Chronicles’ hybrid shooter gameplay is about as deep and challenging as it gets, and narrative-focused players will find themselves moved by fantastic character writing and an unflinching outlook on the nature of war and atrocity. Valkyria Chronicles was developed by the same team as Skies of Arcadia, and it sets the bar as high for SRPGs as that landmark game did for JRPGs.– Geoff Thew 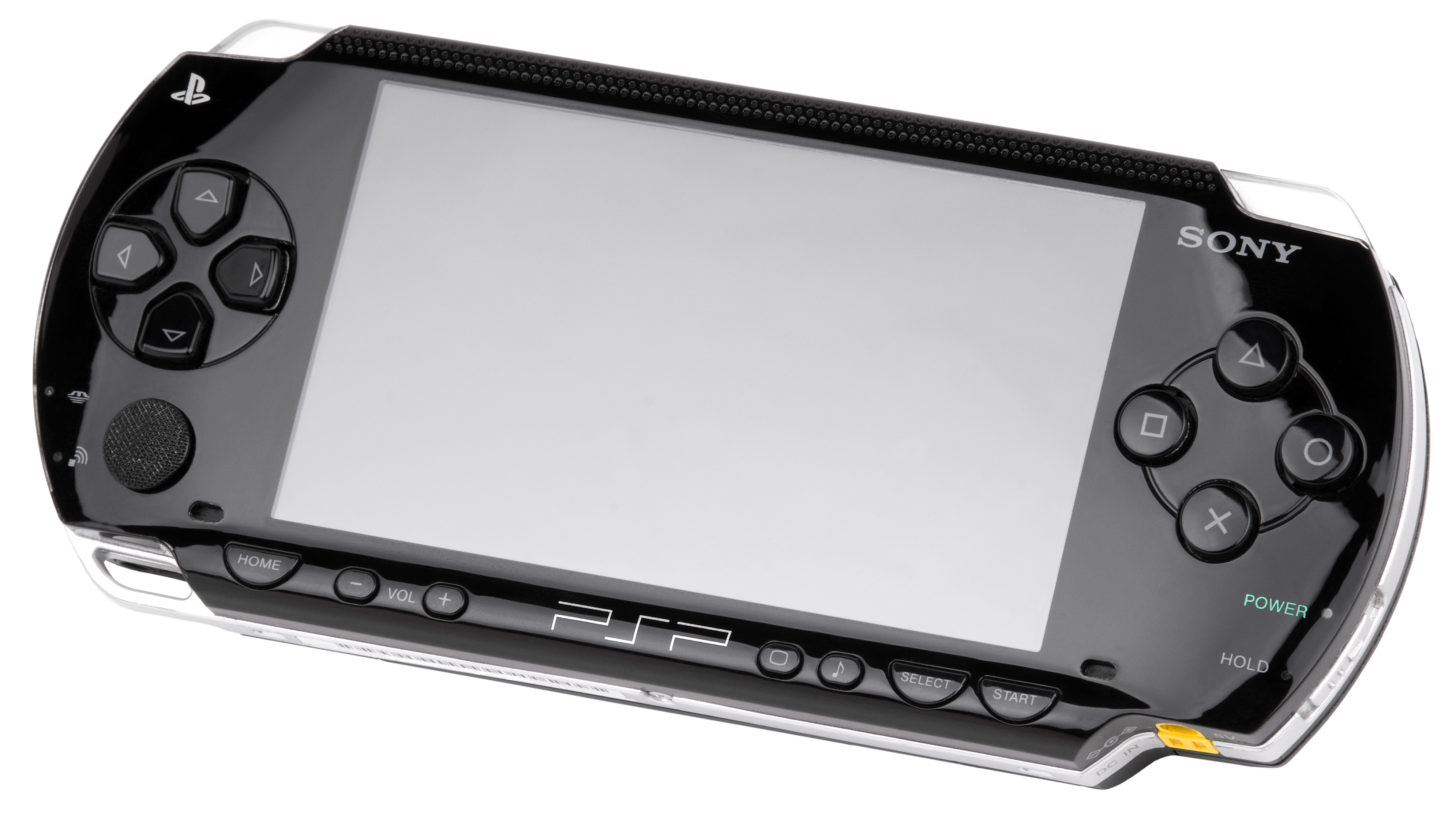 For a long time Nintendo was without a serious competitor in the handheld market. Game Gear, Lynx, Neo Geo Pocket, N-Gage and Gizmondo all fell before the Game Boy. Sony’s attempt couldn’t match Nintendo’s dominance of the market, but the PSP was a respectable success in its own right, and its multimedia functionality gave its users reason to cart it around with them beyond gaming. The UMD-powered handheld is now something of a haven for fans of quirky Japanese games, and its processing muscle lets it play host to dozens of exceptional console ports. 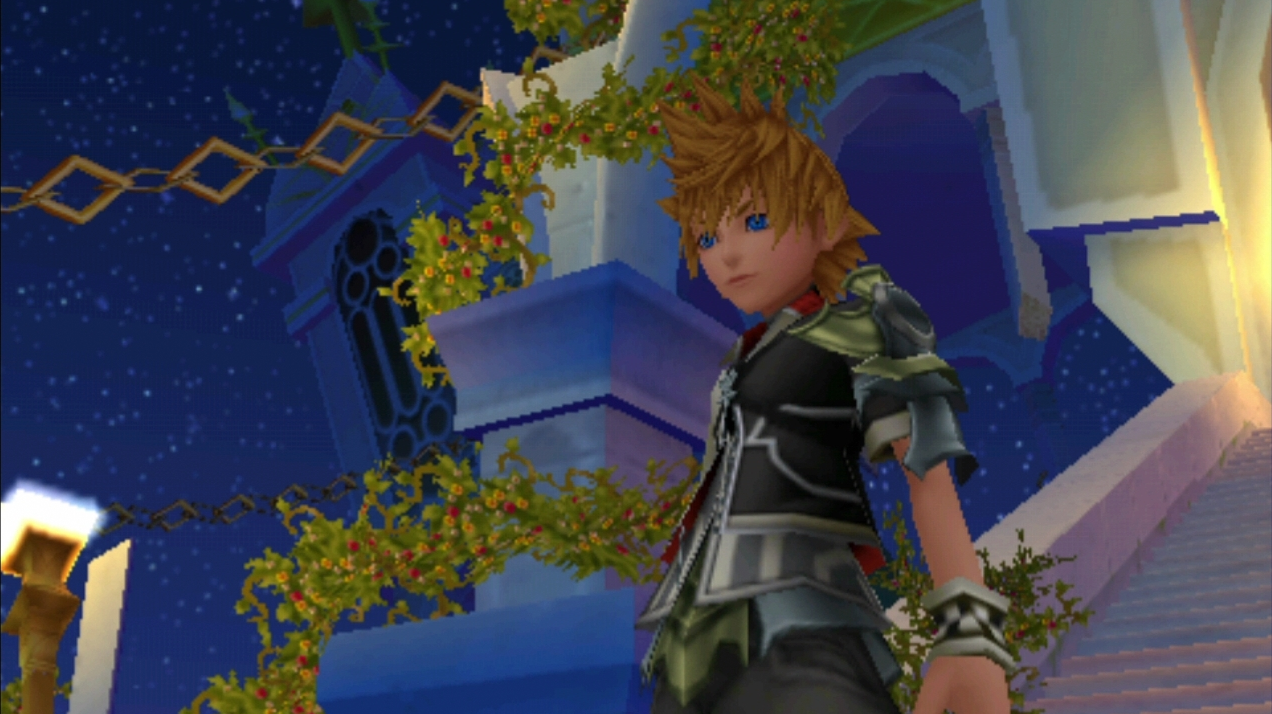 Kingdom Hearts: Birth by Sleep was the first time we got a real Kingdom Hearts game on a handheld. Yes, Chain of Memories on Game Boy Advance is fun, but it doesn’t completely match the PS2-powered energy of the classic games in the series. Birth by Sleep, with fresh new characters and an increasingly deepening storyline, is purely Kingdom Hearts. Even without a second analog stick, the PSP packs on the style and flair that makes the series such a hallmark, with brand new worlds and techniques brought to the table. If you haven’t gotten to see this far down the rabbit hole, no worries. Kingdom Hearts 2.5 Remix on PS3 gives you Birth by Sleep as well. – Alex Carlson 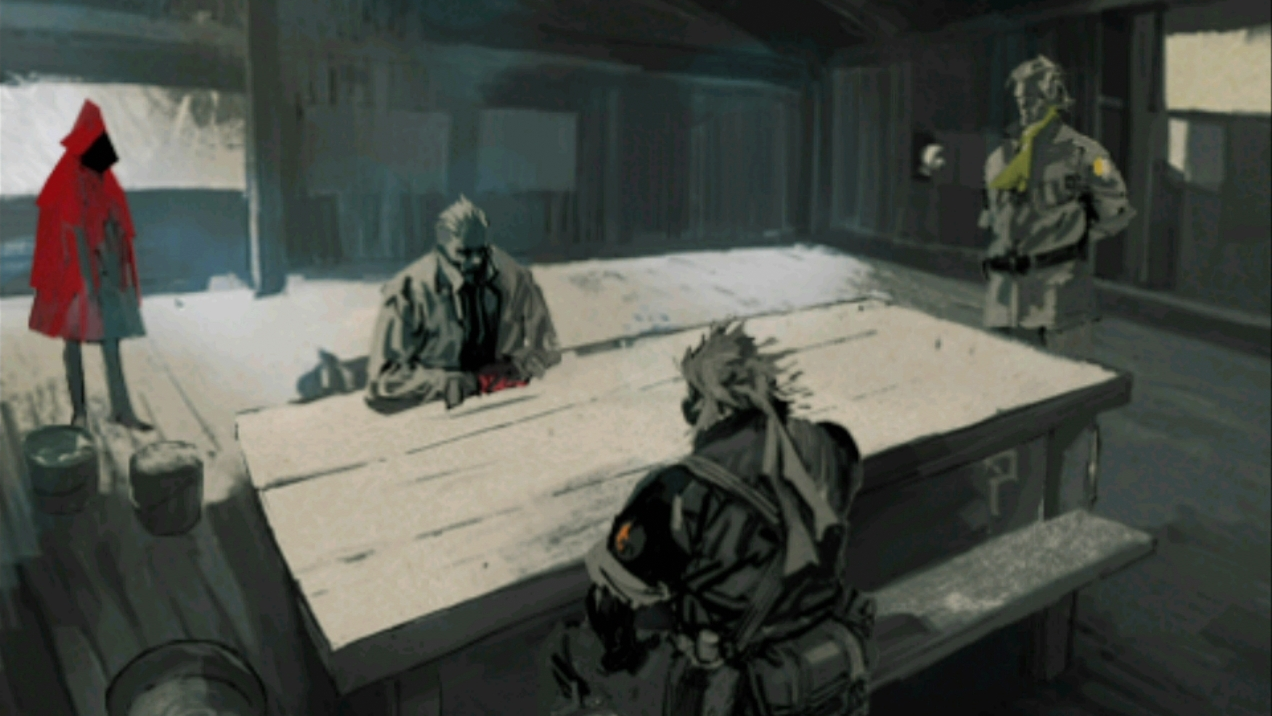 It’s crazy to think that the PSP might be home to the best game in the long-running Metal Gear Solid series. Peace Walker takes all of the long-winded, over-the-top conspiracy tales of its franchise’s namesake and combines them with some positively addictive RPG elements. Building up Mother Base is so thrilling and enjoyable that Kojima productions is actually bringing this mechanic back for Metal Gear Solid V: The Phantom Pain. The story is told through beautiful hand-drawn cutscenes, which combined with standard 3D visuals allow Peace Walker to fully take advantage of the PSP’s limited hardware. What takes the final portable Metal Gear Solid from outstanding to “best game on the handheld” status is its ability to be both a challenging single-player experience and an enthralling cooperative adventure. If you’re like me, you enjoy the challenge that comes from single-handedly beating missions designed for multiple people. The Peace Walker team managed to take epic boss battles meant for four people and balance them perfectly for sadomasochistic single players. The result is a game that takes full advantage of every ounce of the PSP’s potential. – Matt Whittaker 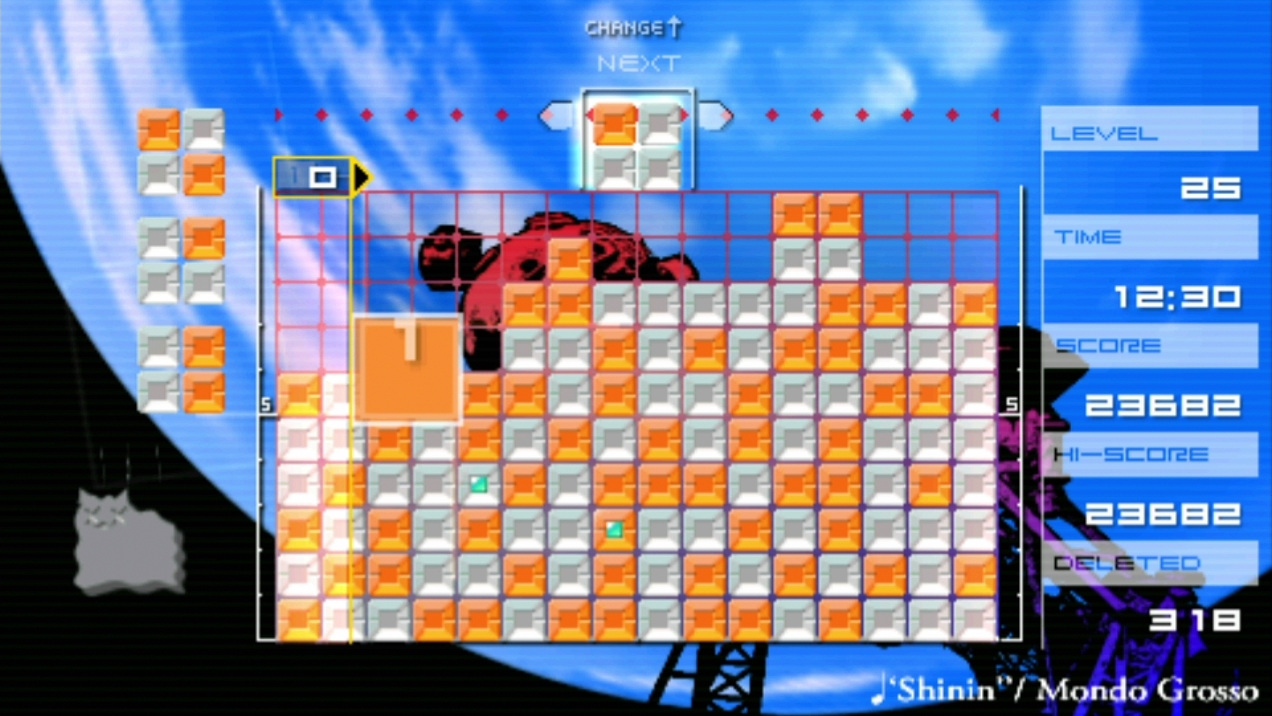 The PSP’s early life was built on an iffy foundation of watered-down PS2 ports, and like the launch era of the Xbox 360, was underwhelming in most ways. Also like the Xbox 360, a smaller title wound up being the must-have reason to buy the system as it offered up an experience you simply had to own the system to fully enjoy. Lumines combines an incredible Euro-pop soundtrack with spinning block puzzles to create magic. What could have been a sleeper hit on a portable wound up expanding to the PlayStation 2, PlayStation 3, and even Xbox 360. – Jeremy Peeples 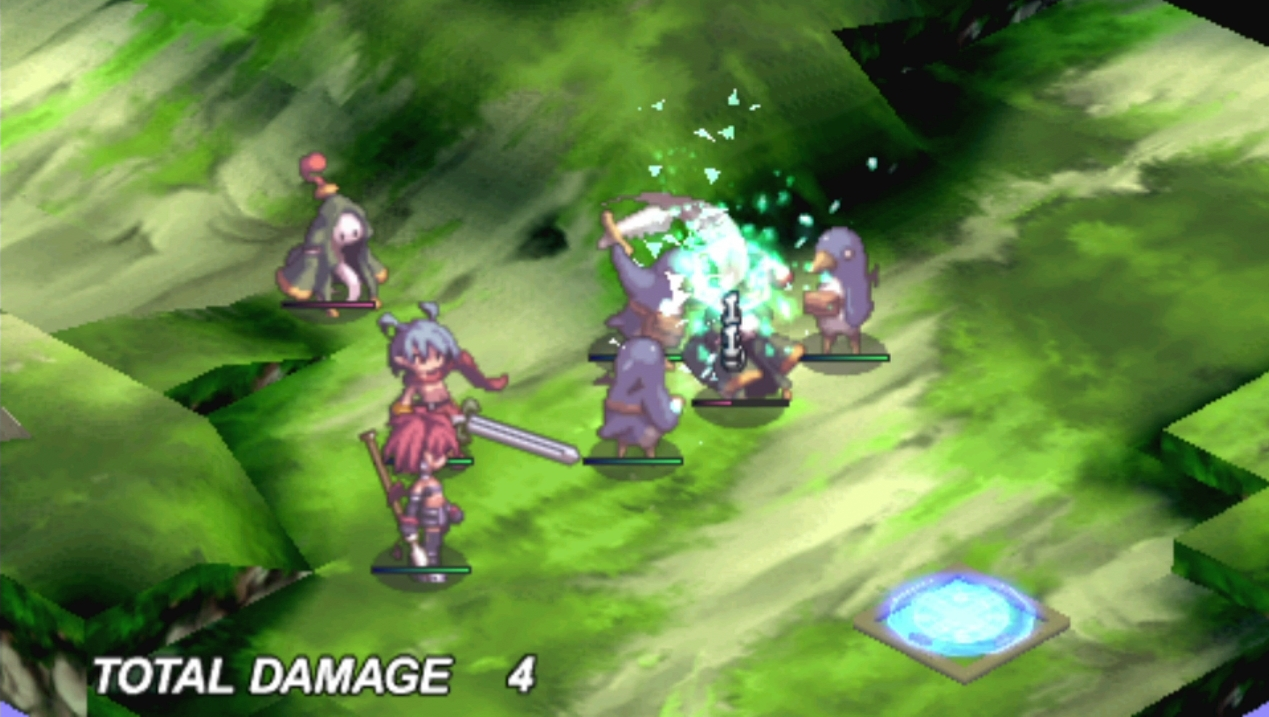 Some games simply don’t need any words to describe. Thankfully, this isn’t one of them. Otherwise you’d just be staring at a blank slot. Disgaea is to gaming what artichokes are to a balanced breakfast: insane. And there’s little in the series’ repertoire that won’t make you smile cheek-to-cheek like an idiot: the cavernously deep strategy and ridiculous customization, hilariously disjointed characters, absurdly bizarre story and jokey tone — there’s a reason the game’s haven’t changed across an entire generation. Following Laharl on his quest from bratty, arrogant douchebag demon to bratty, arrogant douchebag Overlord of the Netherworld is incredibly satisfying, and Afternoon of Darkness — the PSP port of Hour of Darkness — hits all the right notes. Few game’s in history offer the expansive content-load or sheer goofiness of the first Disgaea, and the PSP was better for having this UMD inside of it. – Lee Cooper

The Legend of Heroes: Trails in the Sky 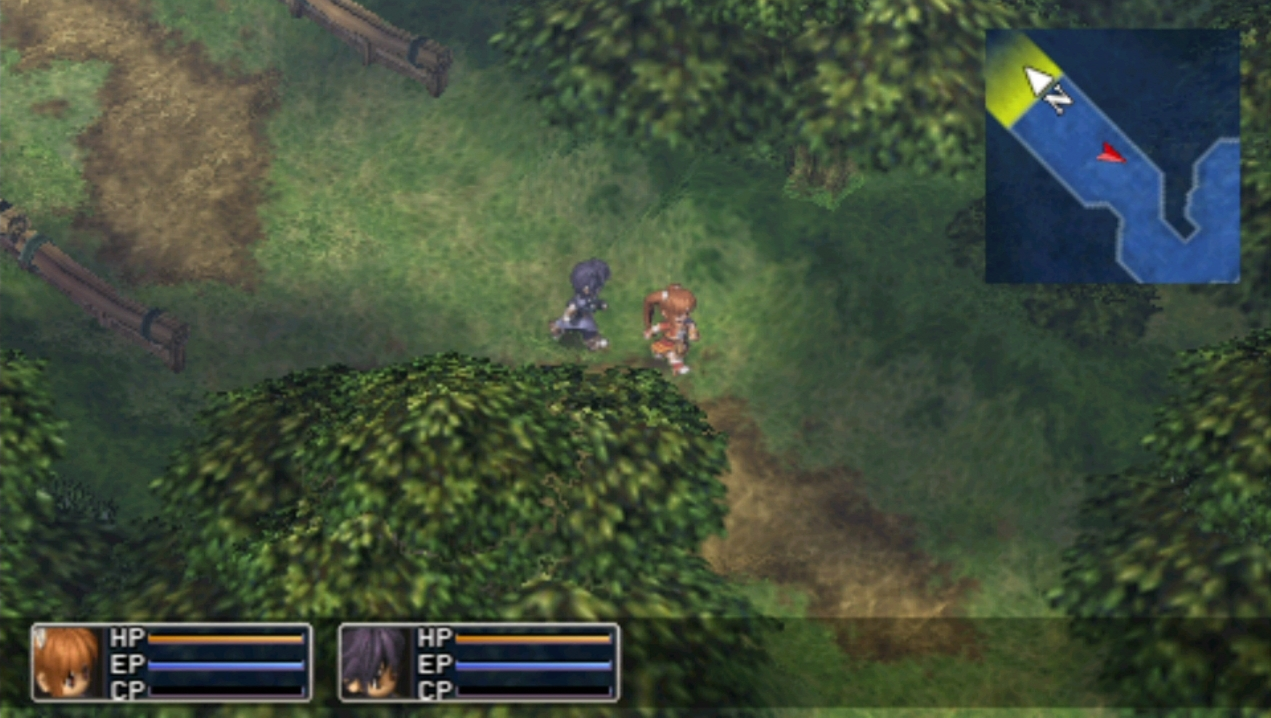 Booting up The Legend of Heroes: Trails in The Sky feels like stepping through a time machine back to before Final Fantasy VII ruined everything. With its simple but well-designed polygonal environments and gorgeous pre-rendered sprites, Falcom’s JRPG opus wouldn’t look out of place next to Grandia and Xenogears, though it looks decidedly odd in an era of “cinematic” fluff like Final Fantasy X. It was a perfect fit for the PSP, where many of the best games were remakes of 32-bit classics. Trails’ combat system offers a satisfying blend of grid-based tactics and straightforward menu-driven combat with a small party, and its script paints one of the most believable worlds this side of Steambot Chronicles. – Geoff Thew