For a long time, Atlus was the reigning king of limited editions. They didn’t exactly go beyond the pale with crazy collectibles, but their art books were always solidly-constructed and their CDs always contained a great selection of music. More to the point, just about every game they released in the PS2 era got some kind of special treatment, usually without any sort of price hike. Persona 3’s limited first run came with a hardback artbook and a stellar soundtrack sampler, and Growlanser came with all that, a keychain, and a set of buttons. Fans of Digital Devil Saga had the option to pick up a special double-wide deluxe box with room for the game’s upcoming sequel.

But in the last generation other companies stepped up their game with statuettes, posters and other awesome (if space-hogging) extras. Atlus’ games grew in popularity as well, and their first runs stopped being as limited and rare as they once were. Aside from weird, ballsy packages like the Catherine: Love is Over pizza box, most of their limited editions come across as bland and perfunctory. However, the way the preorder bonuses for Persona 4 Arena Ultimax tie in with the goodies in the Persona Q Wild Cards Edition is pretty nifty, and the combined package is one of the better special editions in the company’s recent history. 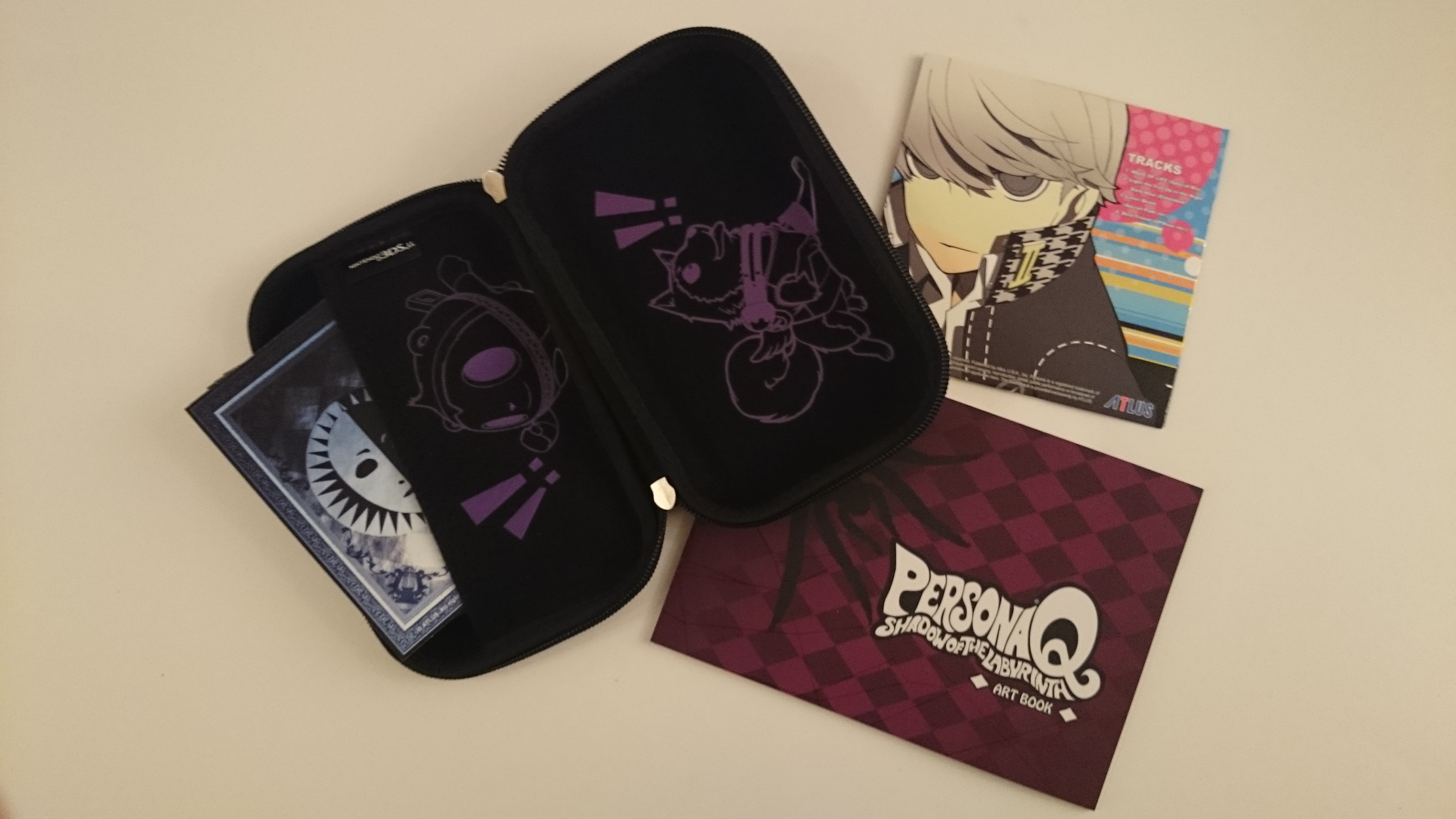 A lot of what you get with these games is to be expected. Every Shin Megami Tensei game comes with a soundtrack CD in its first print run, and Persona Q is no exception. I said in my review that the music in PQ is phenomenal, and it makes for good background noise while working – though I occasionally find myself jumping up and dancing mid-sentence. P4AU didn’t come with a soundtrack CD, which is a bit of a disappointment, but there is a full sound test mode where you can enjoy every glorious track on the game disk. Shoji Meguro is one of the most distinctive and talented composers working in the industry today, and any opportunity to enjoy his music is appreciated.

Persona Q comes with nice, rigid 3DS case adorned in its trademark psychedelic color scheme, which I would totally use if I hadn’t imported my sick Phoenix Wright case a year ago. If you’re a huge Persona fan then it makes a perfect companion to the limited “grimoire” 3DS XL that Nintendo put out to celebrate the game’s release. The case interior has a pocket for your games, and is decorated with images of the game’s adorable chibi characters. 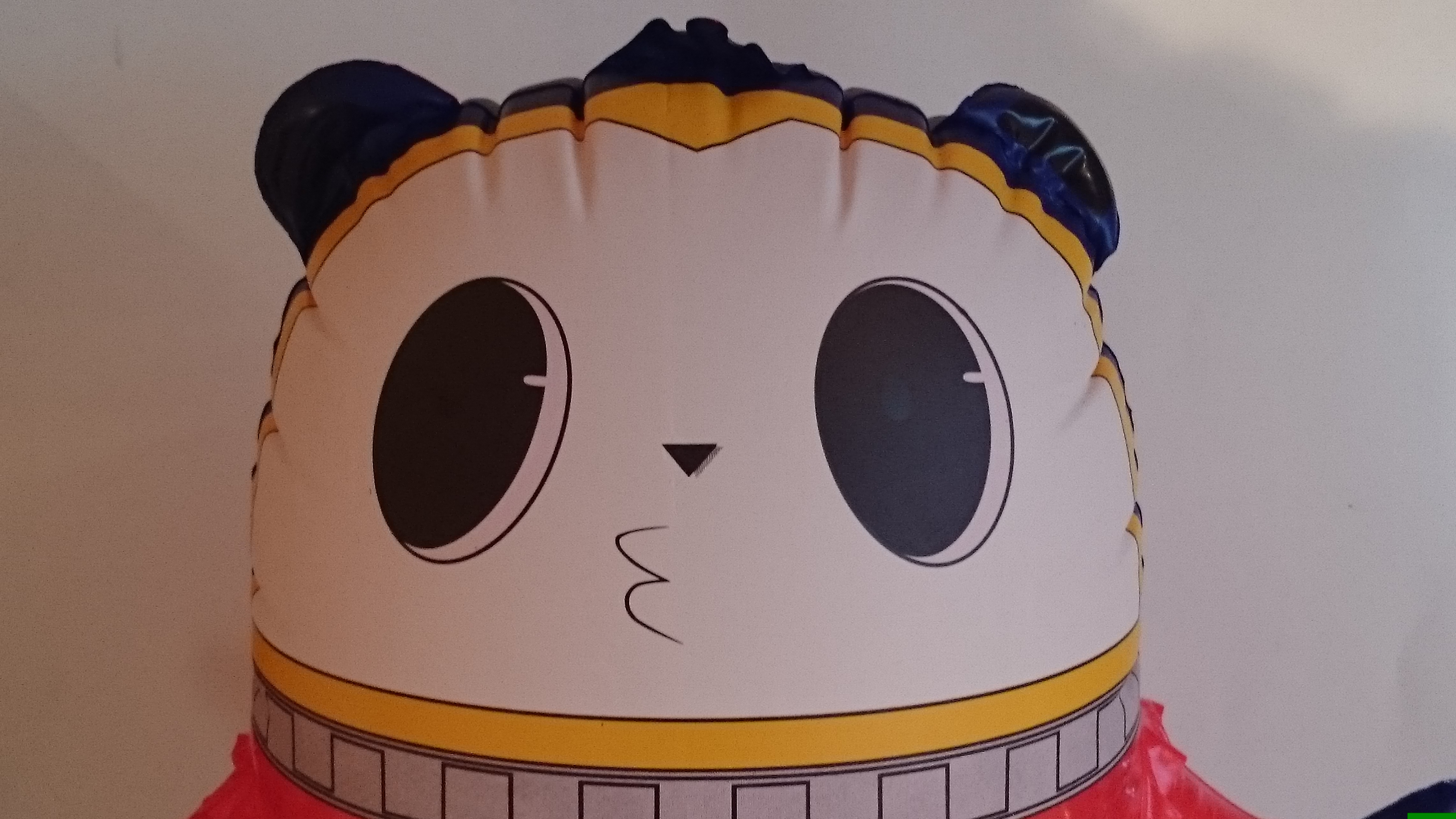 The fighting game’s big ticket item is an inflatable mini-punching bag designed to look like Persona 4’s Teddie. The bop bag is solidly constructed, though it is a bit of a pain to fill the bottom half with water and close it up without spilling anything. Once inflated, it looks just enough like Teddie to give you a feeling of immense satisfaction every time you hit it. The bag is pretty small, however, so you’ll need to set it on a table to effectively abuse it.

Of course, the reason I’m covering both of these editions in one article is the set of tarot cards that was split between them. Ultimax preorders netted the first 12 arcana, while the Wild Cards Edition came with the last twelve. Some might call this practice a little predatory, but fans have been clamoring for a  tarot set forever and it’s nice to see Atlus oblige in any form. The cards are glossy and feel substantial in your hand, but there are unsightly nicks and bumps along their edges where the machine cut them that diminish their use as cosplay props or even regular tarot cards. The artwork on them also seems to be a little lower-res than is needed for this size of card stock, and the backs especially look disappointingly fuzzy. Despite being the main reason a lot of fans picked the edition up, the cards are the most disappointing aspect of the package. 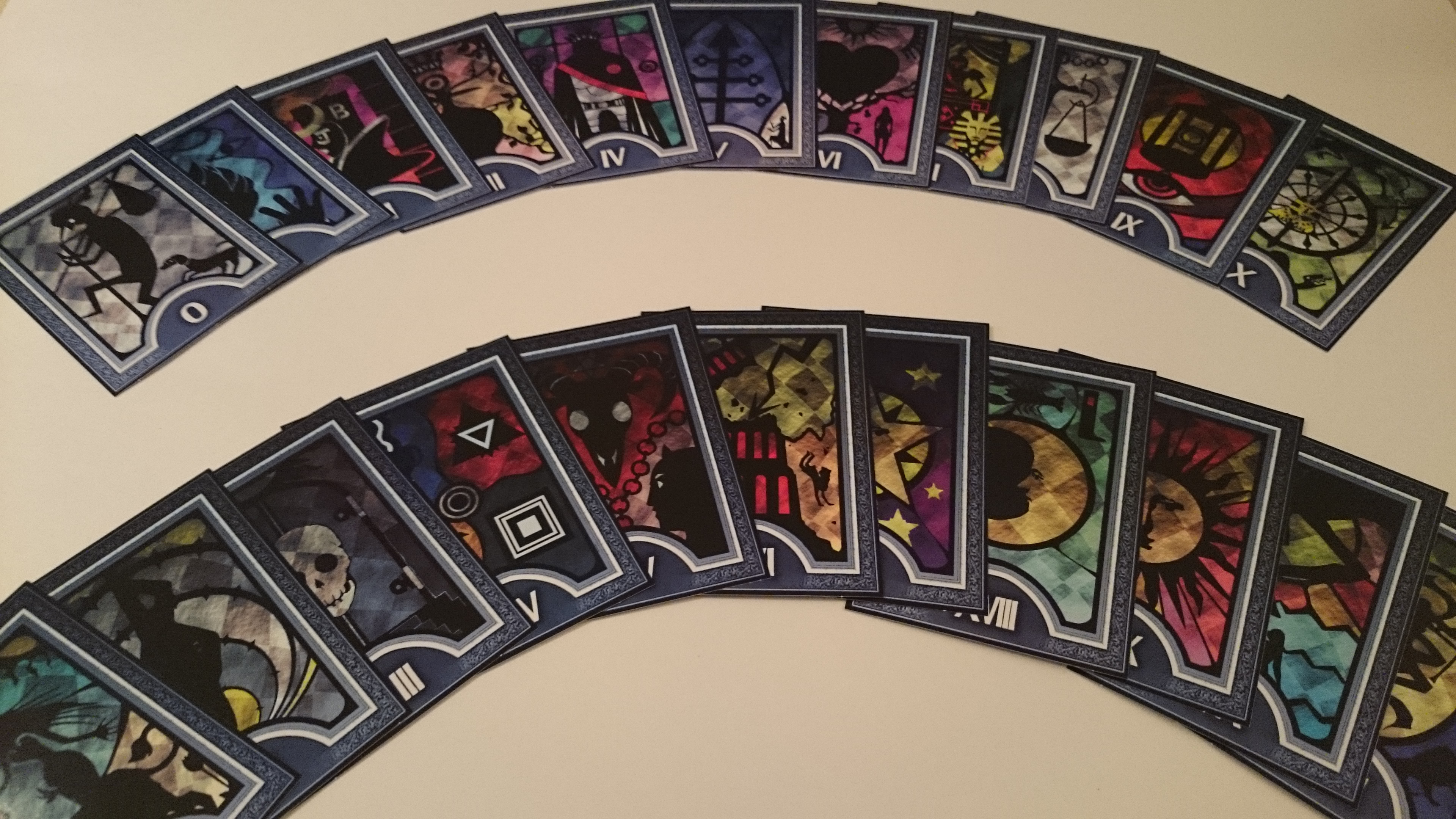