Dying Light is far from run-of-the-mill. Although its concept is bloated (open-world + zombies + shooting, etc.), the ideas behind its unique movement system, gloomy world and narrative are very much a divergent rendition of a stale and familiar genre. It’s not just a zombie game, it’s Techland’s answer to the first-person experience. And it’s not just an open-world game, it’s a game that allows players the freedom to experiment in a playground that’s as dangerous as it is fun to explore.

Unfortunately, Techland producer Tymon Smektała was short on time during PlayStation Experience, but we still managed to squeeze a few answers out of him about Dying Light and its focuses, story and place within the zombie genre. If you’d like to read more about Dying Light, check out all of our coverage. 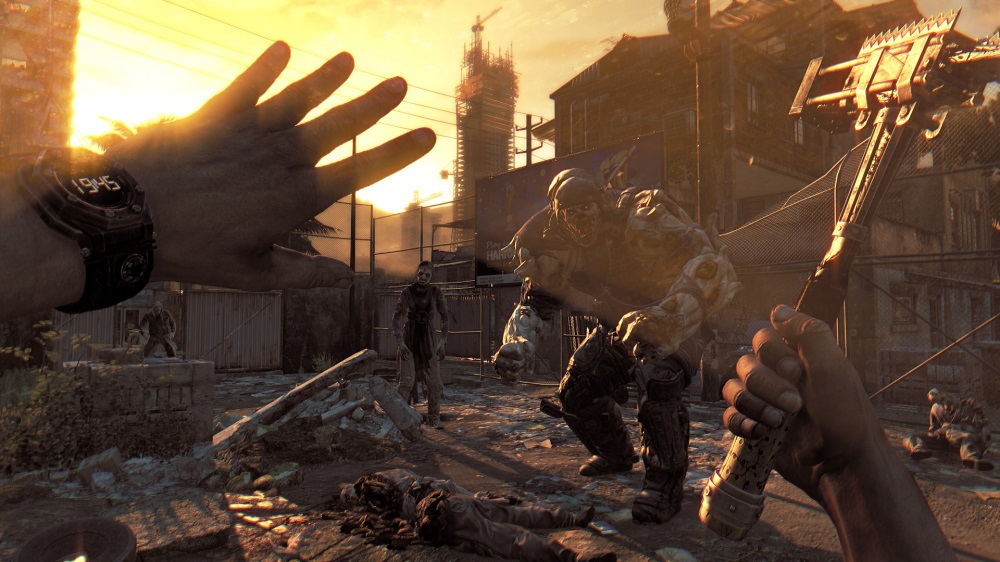 [Hardcore Gamer] We have games like Resident Evil, Dead Island and The Evil Within — games that are good, but not so strong in the story department. Is Dying Light different; is it more story focused than other zombie games?

[Tymon Smektała, Techland] The whole Dying Light project is the most ambitious project we’ve ever done at Techand, so we knew from the start that we want to cover all bases. And story was definitely one of the bases that we wanted to cover. But we also knew that it would be hard for us to create a story that will be engaging for an American audience, because we are just a company from Poland and we think in Polish ways, and maybe that’s not what people in America expect.

Was there anything in particular that helped shape the story?

To make sure that we create a story that is perfect for American gamer’s and gamer’s in general, we invited a couple of people that could help us with that, and these people are writers for DC comics. So most notably there’s Dan Jolley who has written some comics and a couple of video games, and he helped us shape the story that we have today. He helped us create the dialogue, to spice up the characters, and to spice up all of the things happening within the story, so we are grateful to him for that, and I think that all of the people that kind of doubt that we’d be able to deliver a good story will be surprised by what we have in Dying Light.

Since Dying Light is split between multiple genres, is there any slice of the game that received more focus than another?

Well, I think that most of all we were trying to focus on all of the elements that make the Dying Light experience complete, but the most important thing for us was the natural movement system, because we really believe that it is something that can change the FPP and first person games in general. Of course we have zombies, we have many weapons, we fight with those zombies, but we did that before in Dead Island: Riptide so we knew how to do it effectively. With the natural movement system, it was something new, so we focused on that for more of the production of the game; what we have right now is something that really changes how you play FPS games.

What is an example of how the movement system improves on the open-world experience?

I think in most other games when you walk past buildings, these are just props, or pieces of scenery. In Dying Light, we’ve made those buildings pieces of gameplay. So if you see something within the reach of your hands, you can grab it, you can see what’s on the other side, inside of it, or on the roof of the building, so that’s really something that changes how you play the game. And I think that was the thing we put most of our focus on.