Move over Pinocchio — getting eaten by a giant, hostile organism has never looked so good. Extract 237 is an upcoming indie survival/adventure game that we were lucky enough to get our hands on an extremely early build of, and it’s looking great so far. The current version lacked combat and object interaction, but was designed to give a feel of what players can expect as far as motion, environment and sound design go. If the rest of the game is up to these standards, Extract 237  has a bright future ahead of it. 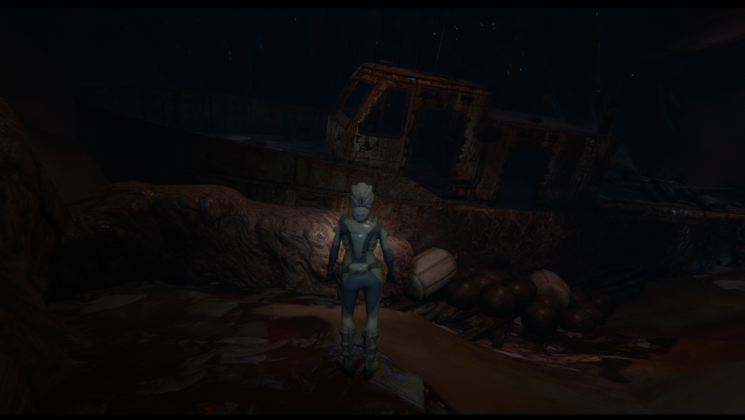 Your character awakes or begins already deep inside a gigantic creature, seemingly several times larger than the largest whales. It’s reminiscent of a Flood level from the Halo series, with everything overgrown in organic, undulating masses that seem ready to pop and assault you at every turn, though skeletal structures are visible at several points: a nod that the creature may be a vertebrate and not a horrific, formless mass. A few hundred feet ahead, players find a mass of crates with the NELMCOR logo emblazoned upon them and farther yet what appears to be a fishing vessel of Earthly origin. Extract takes place within a leviathan of immense proportions deep in the Antarctic sea, with the protagonist Dr. Winters seeking her long-lost father — not unlike Pinocchio, seeking Gepetto in Monstro’s belly.

As it stands, the game looks impressive. The lighting effects, though understandably dark (one doesn’t expect half as much lighting as there is in-game when you’re at the bottom of the sea in a beast’s stomach), are on point and leave little to be desired, and they highlight the beautifully detailed models and textures throughout the multiple environments. The game screen is clear, devoid of a HUD or map in this current iteration, and no word on whether combat will feature a formalized health bar and familiar sights or not. 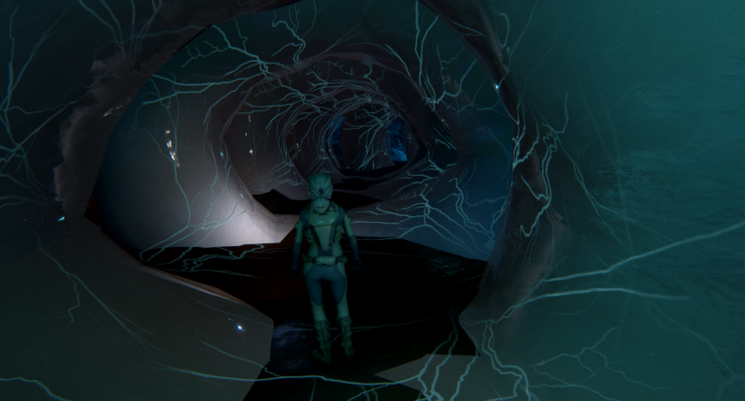 The sound design heightens the tension and atmosphere to skin-crawling levels. Burps, squishing sounds and nauseating stickiness permeate the interior of this beast, truly making the player feel like an intruder in a hostile and very alien environment. Currently there is no music and, while some light ambiance would further accentuate the alien and bizarre nature (and will likely be implemented later), it emphasizes the sense of isolation and discomfort that is tangible throughout.

The team aims to include a number of monsters and encounters for Winters in her adventure through this organic hell on Earth. Sea creatures familiar and fantastic will confront players at different points, survivors of the beast’s digestive system — recognizable or horribly mutated — may become allies or the worst of foes and the monster’s own defense systems will impede your progress as you explore its innards. Players are encouraged to embrace the notion of running when all is lost to preserve their own lives. Extract 237 is promising in its current state and we’re excited to see what is in store for its future.