When it came to video games based on superhero franchises, the 90s was a good time, and involved very little in the way of Legos. Occasionally you’d get something like Superman 64, but the X-Men, Batman, and especially Spider-Man all saw their share of quality titles.Spider-Man and Venom: Maximum Carnage, The Amazing Spider-Man vs.The King Pin and Spider-Man: The Video Game were all solid titles, and the recent (and underrated) Spider-Man: Shattered Dimensions did a lot to keep that trend going. 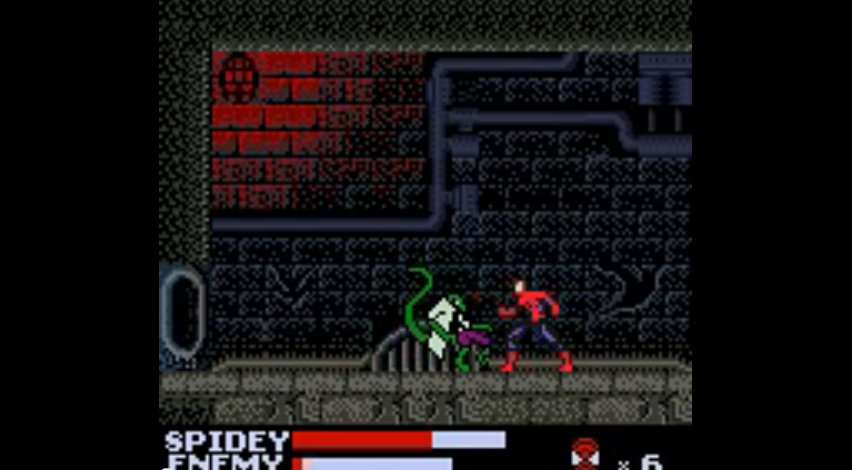 Spider-Man for the PSone/N64/Dreamcast brought the series’ trademark snarky humor and a slew of interesting villains into full 3D, and was met with widespread acclaim. Obviously the Game Boy Color version was rendered in 2D, but that doesn’t stop it from being one of the best games in the web crawler’s library. It takes the best parts of the old-school 2D Spider-Man games (many of which were on the original gameboy) and combines them with the charm of the PS1 classic.

Spider-Man is notoriously difficult, but despite my short temper as a young lad I still enjoyed playing through it. The game borrows a lot of mechanics and design ideas from my personal favorite Spider-Man game, The Amazing Spider-Man vs. The King Pin. In addition to his signature web attacks, Spider-Man can chain together complex melee combos – quite impressive for a two-button system. The levels are nicely designed, though you’ll be inclined to rush through them to battle against the likes of Venom, The Lizard. Hobgoblin, and Doc Oc. These fast-paced fights emphasize pattern recognition, much like Capcom and Konami titles of yesteryear. 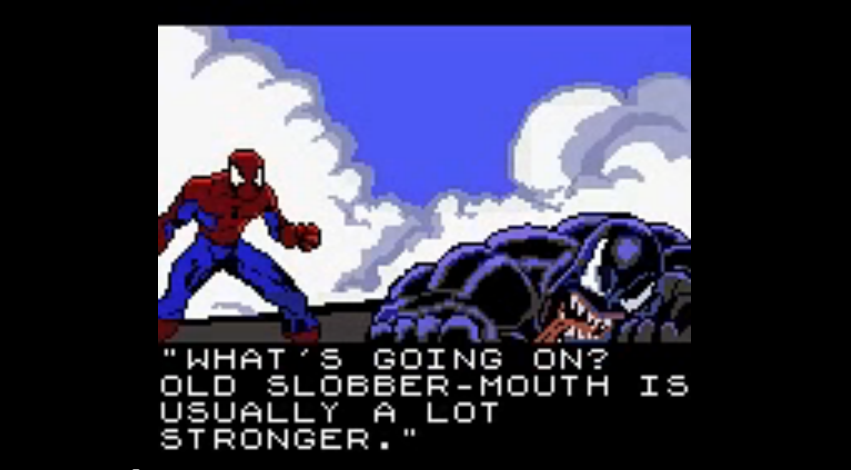 This game looks good for a GBC cart too, with the sprite detail and color density almost matching the quality of early 16-bit entries in the franchise. Cutscenes show detailed full-screen images of Spidey and his foes, though some are noticably nicer than others.

It may not be regarded as a timeless classic by any stretch, but Spider-Man for the Game Boy Color has some of the best visuals and tightest action gameplay on the system. This is how Spider-Man should be handled in 2D, and it easily surpasses later entries on the GBA and DS. If you’re not one to back down from a challenge, this will keep your Game Boy running for days.