Gauntlet has delivered its first major update, adding a new game mode and a new class. The Colosseum and Necromancer come as welcome additions to a game that was limited in scope but not in potential. How do they fair? 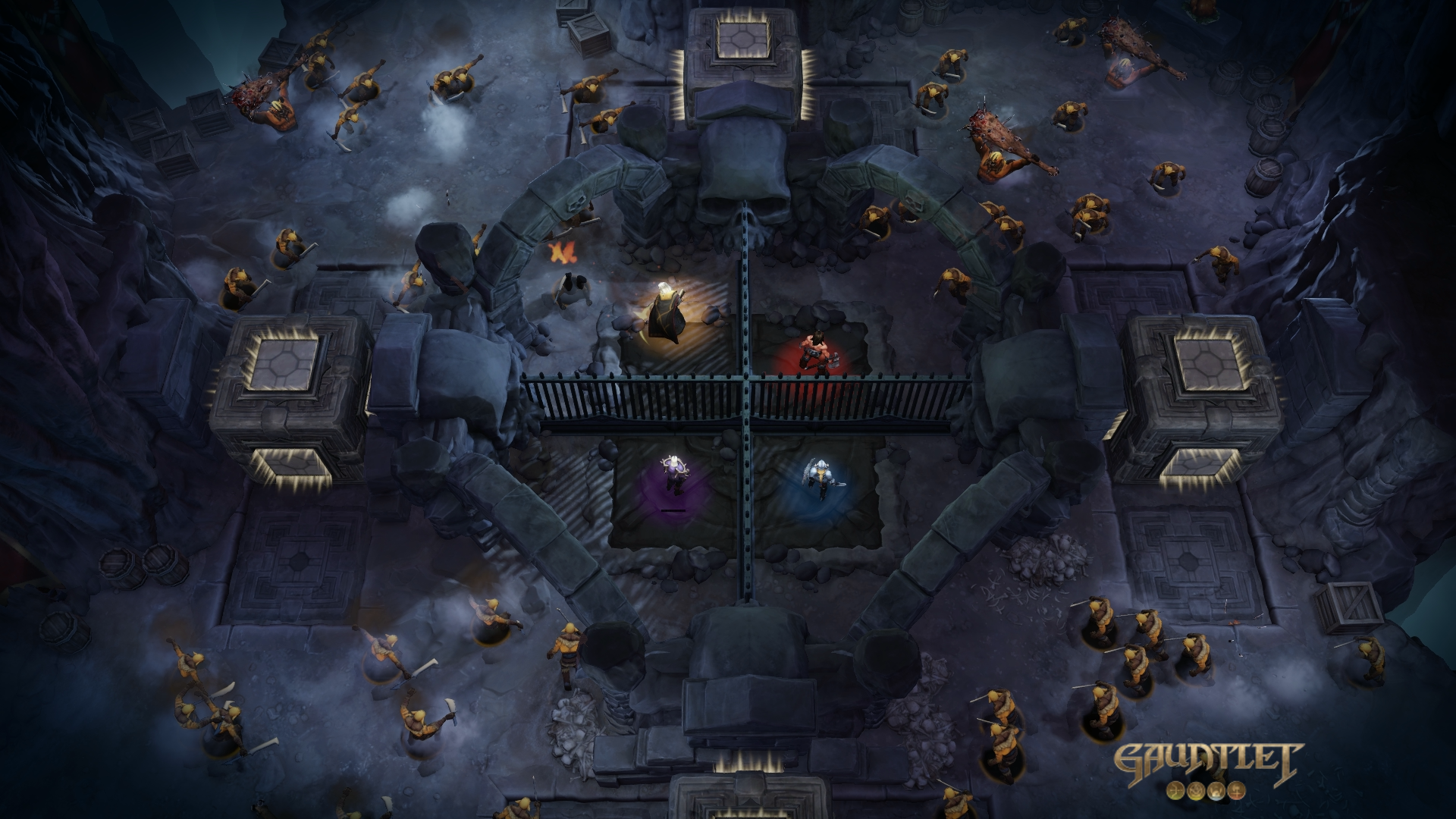 Gauntlet was crying out for a new game mode, having only the 12 levels of the main story to work with. Colosseum fills that void brilliantly. Offering six levels over three new maps, and a cosmetic reward upon completion, it’s the perfect bait for competitive players. Colosseum manages to become more than just a “fight off the waves” game type, with level-by-level variation and a score multiplier that dwindles with time, encouraging speedy completion.

The second best part of the game mode are the capes. Beat the first two normal-difficulty levels, you get a level-one cape. The second two levels are on hard, and offer a level-two cape, and the third set of levels are on unfair difficulty and offer (surprisingly) a level-three cape. In true Gauntlet fashion, these capes add nothing more than a cosmetic bonus, making sure only the most dedicated competitors take the challenge.

The best part is the true genius Arrowhead displayed — seasons. Next season will bring six new levels, three new maps and three new capes. Rather than monetizing this game mode, each season will (ostensibly) be completely free. This truly is the gift that keeps on giving. 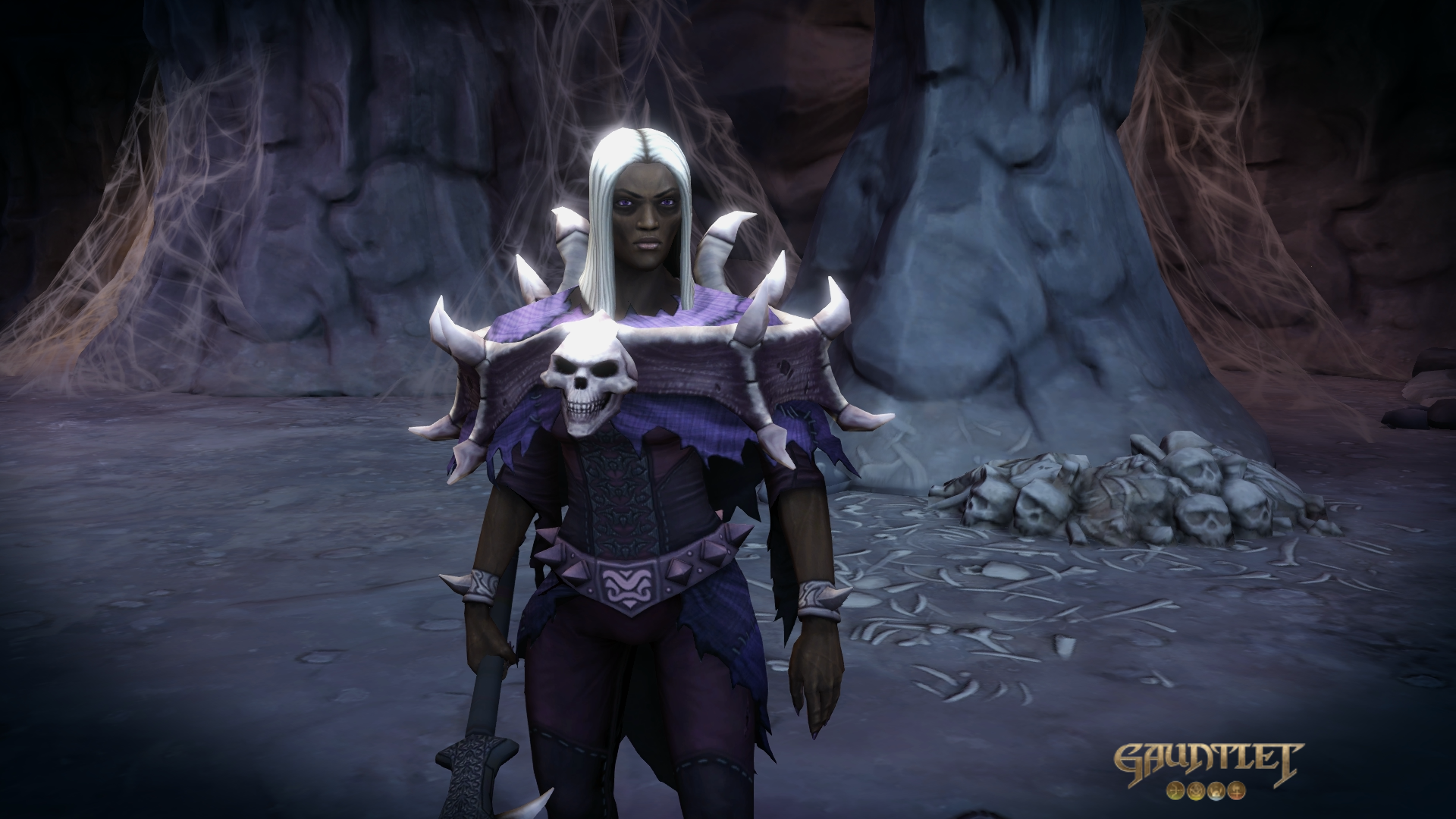 This addition is a little harder to wrap my head around. Although the four classic classes fit with the feel Arrowhead was going for with the reboot, players needed a new character, and the Necromancer is all new. The ambition of Arrowhead is admirable, breaking away from the already-tread paths of the Gauntlet of old, but the execution is suspect.

Lilith has a semi-ranged melee attack, a ghost-walk escape and the ability to raise temporary skeletons to fight with her. Never has a character felt both completely overpowered and in need of a major buff. Sometimes, playing through a level as the Necromancer is a complete breeze, since she gains the ability to summon skeletons after scoring kills, making her incredibly powerful against large hoards. However, on change-of-pace levels, where kills are limited, her weaknesses shine through. Lilith has the constitution of a soggy sheet of notebook paper and can die from three hits from even the most basic enemies, and it doesn’t help that she is rooted while attacking.

With a little practice, you can easily exploit the Necromancer’s strengths and work around her weaknesses, leading me to lean toward her being overpowered. Regardless, the Necromancer should be considered a work-in-progress at this point, which is especially disappointing since Arrowhead is charging $4.99 on Steam for her. Many agree that that’s an awfully steep price for just one character, and a surprising move from a developer who has strayed far away from unfair monetizing practices.

The most recent Gauntlet update paints a promising picture of the game to come. When it launched, Gauntlet had clear potential for additional content via DLC, and Arrowhead has delivered. Keep a cautious eye on how they proceed from here, as we’ve already passed glaring warning signs.