As gamers, we often get caught up in all of the hullabaloo surrounding the Console War, review scores, news stories and general debate. It can be easy to forget that, at our very core, we’re all just people who happen to have the same hobby; which is why 2K’s latest gesture is so phenomenal.

As many basketball fans know, Isaiah Austin, the former Baylor Bears center, was diagnosed with Marfan Syndrome before the 2014 NBA draft. This rare genetic condition causes intense physical activity to be incredibly life-threatening, as his enlarged heart could rupture at any moment while playing professional basketball. In addition, Austin played his entire post-middle school career blind in his right eye, making his three-point shooting prowess all the more impressive. Forced to retire before his career even began, the promising Austin was ceremonially picked at the 2014 NBA Draft by Commissioner Adam Silver in a move that gained worldwide praise. Austin was also guaranteed a job in the NBA once he finished his degree at Baylor (he declared for the NBA Draft after the completion of his sophomore season). Still, no promises or ceremonial gestures can possibly outweigh the heartbreak that Isaiah Austin continues to feel on a day-to-day basis.

His dreams were dashed. His work on the court was seemingly rendered irrelevant (though, to be fair, this tragedy presents the always-optimistic Austin with the chance to accomplish things much bigger than basketball). No one would have criticized Austin for simply recoiling into the background, never to be heard from again. If I was rendered unable to write about video games, I’m not sure I’d have the will to find a new way to impact this ever-growing industry. Austin’s show of personal solidarity impressed the world, however, and made an impact on people inside and outside of the sports landscape.

Isaiah Austin won’t be an NBA player, so it seemed he wouldn’t be a player in NBA 2K15…or so we thought.

In what can only be described as an overwhelming display of class, Visual Concepts and 2K Sports have decided to make Isaiah Austin a playable character in NBA 2K15. Forget about the fact that a 7’1″ player with three-point range is lurking around the free agent pool. Forget about the fact that this isn’t “canon.” This action isn’t just a nice story, it’s a transcendent moment for the gaming industry. 2K didn’t have to do this. Visual Concepts didn’t have to accurately model Austin. No one would have faulted the NBA 2K15 team for letting this one lie. 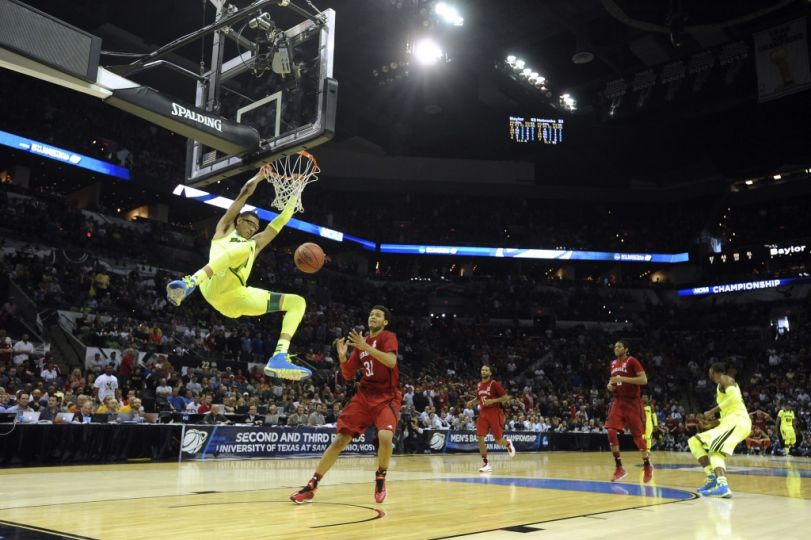 In my review of NBA 2K15, I noted that one of its most exciting aspects is the ability to advance players (specifically your created player) throughout their careers. Being able to give Isaiah Austin an actual NBA career, albeit in video game form, has the potential to be more fulfilling than anything you can do in any sports game, period. Do yourself a favor, sign Austin to your franchise, put him in the starting lineup, and give his avatar a chance to live out his dashed dream. This is bigger than basketball, and it’s certainly bigger than video games. NBA 2K15 is no longer just the world’s best basketball simulator; it has to potential to be a dream simulator as well (as cheesy as that sounds).

On behalf of Hardcore Gamer and the entire gaming world, I’d like to offer a simple “Bravo” to Visual Concepts, 2K Sports, and 2K as a whole. You got this one right, guys.