When I hear the word “head”, my mind doesn’t go straight into the gutter like some people. Instead, I immediately recall my time playing with the Sega Game Gear. If that sounds kind of weird then that’s your problem, because I’m talking about Dynamite Headdy.

This platformer was made by Treasure back in 1994 for the Mega Drive and Game Gear. In it you take the role as Headdy, a sort of puppet-toy who uses his head for more than just thinking. Headdy’s cranium is so hard that he can use it to bludgeon enemies. Headdy is able to use different power-ups – in the form of alternate heads – to change his abilities. He can change his head into a hammer or even toss out three skulls at a time.

Since Headdy is a toy, he faces enemies of a similar nature, such as teddy bears, wind-up toys and dolls of all sorts. As is to be expected of Treasure, Dynamite Headdy features a lot of boss battles, too. Sometimes it feels like there are more fights than actual platforming, but that gives you a chance to see all the inventive enemy designs 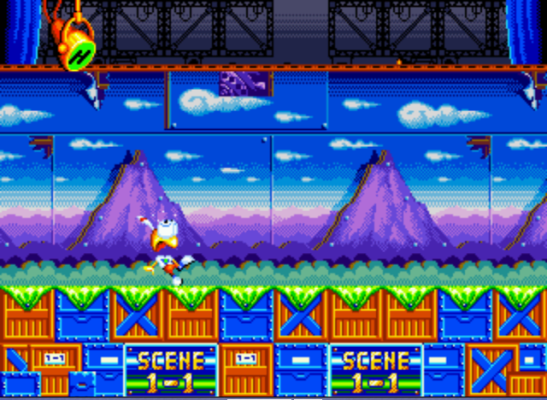 Levels in the game are laid out in a playful way. Each world is set up like astage, complete with flats, spotlights, green rooms, an orchestra pit, and everything else you’d expect to see backstage at a theatre. These little details help to sell Headdy’s authentic fakeness, and they give older gamers a little bit more to appreciate when they revisit the game.

Dynamite Headdy received favorable reviews and scores in its console version, but the Game Gear port suffered. Scaling the action down makes it tough to see, and the Game Gear isn’t exactly the best handheld for platformers. You can give Headdy a shot on the Wii’s Virtual Console if you’re looking for a more refined experience, but it’s a very enjoyable casual game, and its light levels lend themselves fairly well to portable play.