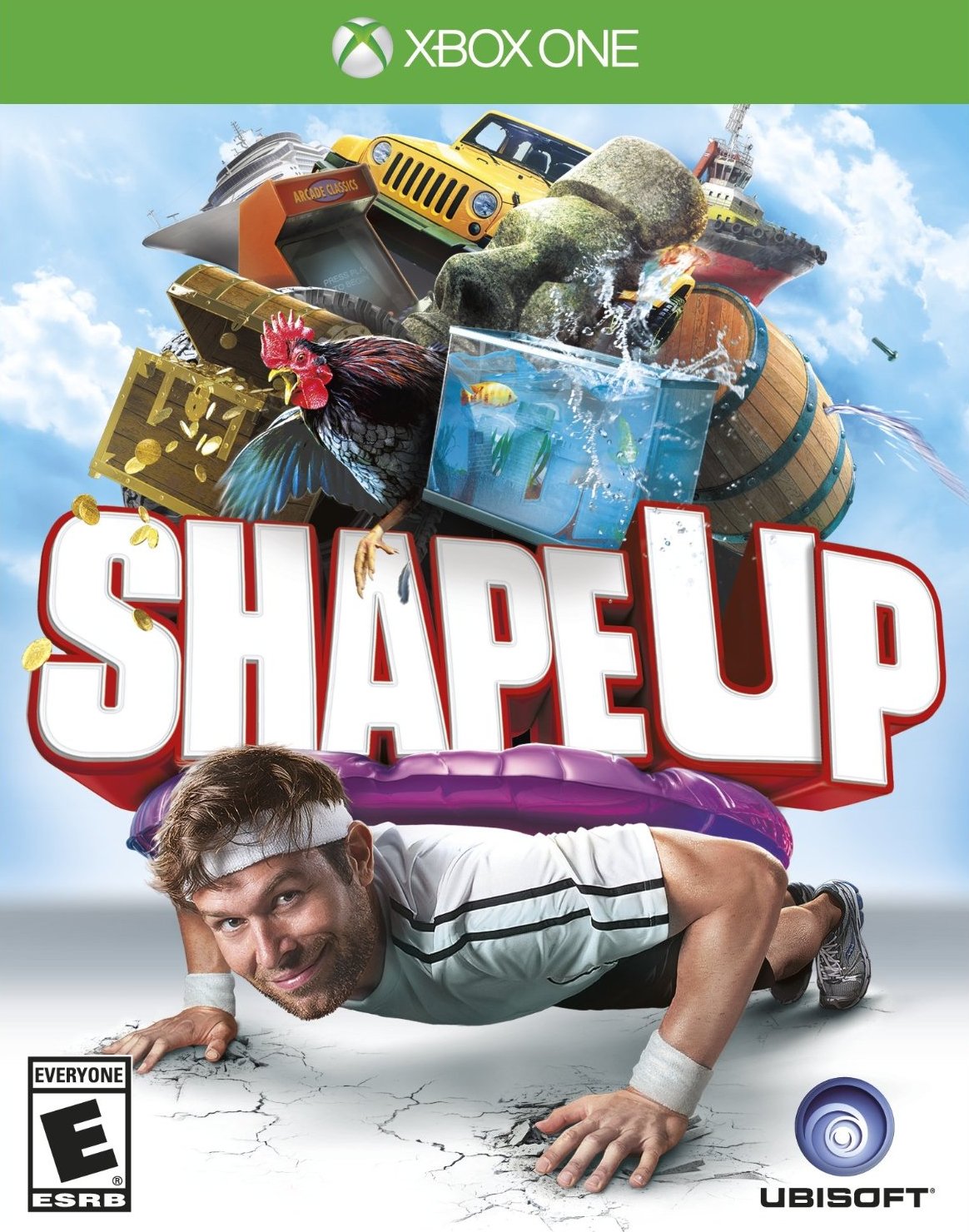 How long have developers attempted to turn exercise into an enjoyable video game? Since the Power Pad there’s been minimal success excluding the likes of Dance Dance Revolution. Ubisoft’s Shape Up is an attempt to completely reinvent the concept of fitness games. Instead of forcing you to repeat after a dull instructor, or do menial exercise tasks one after the other, you’re asked to play games. Of course, each game requires full body participation — and feels a lot like actually exercising because that’s exactly what you’re doing.

Shape Up switches up the expected fitness game formula by turning movement into minigames. Players can either select to play specific minigames or take on a special 4-week training quest. These challenges are where the most fun is had as they pull from RPG conventions. You grind through three stages each week and, provided you keep up this regiment, the final goal is to beat a boss character. It’s a novel approach and even features an odd bit of storytelling.

Despite the cool concept of quests, there are currently only two available. Two more are pegged for launch this January, but will be sold as paid DLC if you don’t snag a season pass or Gold Edition of the game. This DLC model doesn’t seem fitting for an exercise-focused title that costs $60 at launch; that is if you exclude the optional Shape Up Coach subscription service. This allows for the creation of custom quests and better data tracking but neither is so alluring to warrant a monthly fee.

Each individual exercise is a different sort of experience and targets legs, arms, or abs. For example, the humorously named Squat Me to the Moon minigame forces you to do squats as quickly as possible while partaking in an Asteroids-style game in between squats. In other games, you must do things like run in place, do some martial arts moves, and break ice cubes on screen. No matter what game you partake in, Shape Up demands both precision and speed. Failing to move quickly enough results in failure almost every time, even on the starter difficulty. Luckily you can play against another player and (hopefully) get a fairer match up. 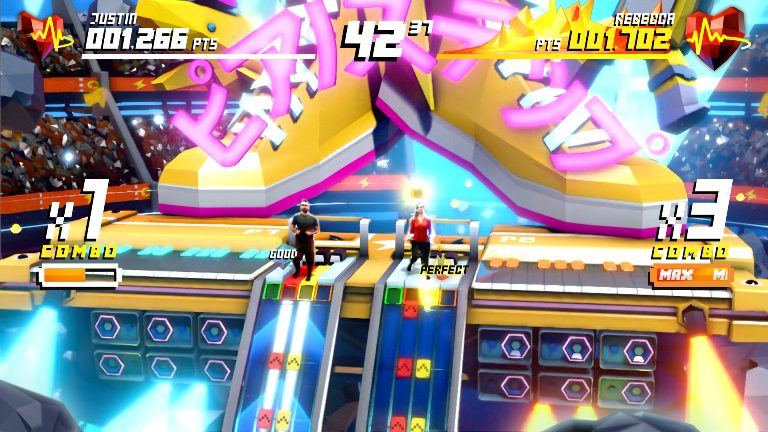 Where the package starts to fall apart is the recognition that there aren’t many minigames to choose from in all. Not only that, but the fun, game-like aspects dissipate when there’s no real benefit to improving your score or beating opponents aside from an ever-so-slightly improved physique. The first week is enjoyable, but the more you repeat the same mash up of exercises week after week makes it feel like work. It’s also a bit annoying to see how many of said exercises require fast speed over proper technique. Actually, the fact that there’s little attention given to warning prospective players about positioning or accidents is a bad call.

Despite running on the Xbox One’s Kinect, there’s also a huge space requirement to play effectively. In many ways it seems to require even more space than Xbox 360 titles such as Dance Central. Those who don’t have a 4 x 4 foot square (at minimum) are in for a rough time. Certain stages require loads of lateral space to dive left and right in. Others, such as pushups and situps, require the room to do either. Pushups in particular can be a challenge as doing them too near to the camera has it lose focus on you entirely which pauses the game. Other times, it presents on-screen indicators to switch position when you cannot see them (as you’re on the floor where it’s a bit tough to see the screen!).

Finally there’s the presentation of Shape Up which is both pretty good and totally awful. The good is in the stylized polygonal art on display for backdrops and UI. It’s all cute and creates a visually interesting experience, but the game’s instructors are superimposed into stages with the Kinect camera alongside you. They really should have taken high quality video for these single player modes because the Kinect camera is still not that great. Finally, there’s an overall cheapness permeating the product. For example, linger at the results screen for more than 5 seconds and the character will repeat one simple line over and over. 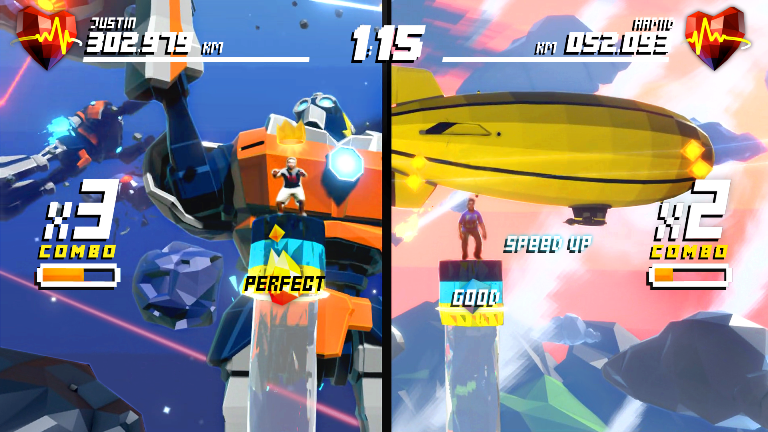 Shape Up is a unique attempt to make exercising as fun as playing video games. Although it seems like it almost succeeds at first blush, spending more time with the product reveals how shallow it really is. To truly keep the “game” component compelling there need to substantially more stages as well as a wider range of difficulties for all player types — not simply ones who are already of average fitness levels. The heavy focus on post-launch paid content only makes it feel even more hollow. In all, Shape Up is a cool concept that doesn’t have nearly enough going for it to keep players hooked long term.