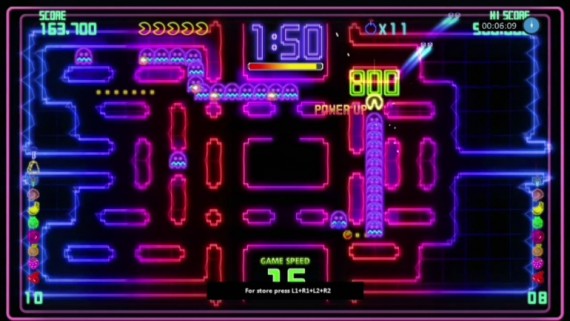 Buying access to the full packfull of fun will set you back $8 a month, although you can try out any game you want. The trial gets you ten minutes to play from the time you boot up. The value of this service varies from game to game. For Narut, it’s nearly useless thanks to extensive startup screens and unskippable cinematics, but it’s ideal for Ridge Racer Unbounded and Pac-Man Championship Edition DX+. Pac-Man CE in particular is great in short bursts.

Input lag was a huge issue in the beta, even with the recommended wired connection. It’s not a huge problem with Pac-Man, as you can still move around with great ease and see everything clearly, but it’s not quite as smooth as a native game on a console or PC – there’s distracting a VHS-esque fuzziness to the image at all times. It’s quite evident in Ridge Racer, where it can be difficult to differentiate between destructible and solid objects. Input lag really crippled that experience too. Normally, Unbounced is fairly responsive, but with Playcast there’s at least a one second of input lag for every on-track commend. Menus are very easy to navigate though, and almost entirely lag-free, which makes the gameplay lag all the more surprising. 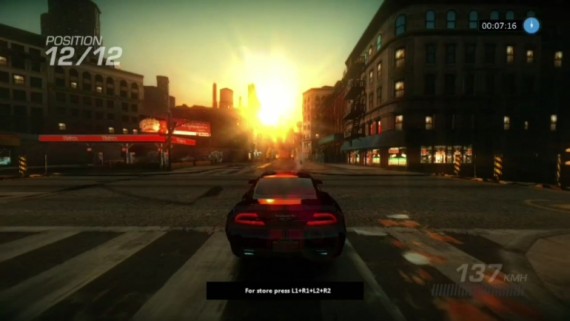 At $8 a month, Playcast is worth a subscription if you’re interested in half the playable games – then it’s only about $1 and change for each title you want to try. Many of the games are excellent, and with a temporary limit of 300 subscriptions it might be wise to get in on the ground floor instead of waiting. The $8 price is a limited thing, and it’s not known how much more it will cost after the service expands. It’s kind of a hard sell if you already own most of the games. The video quality here looks far better than OnLive ever did, but input lag is a bit of a deal breaker for anything with twitch gameplay.