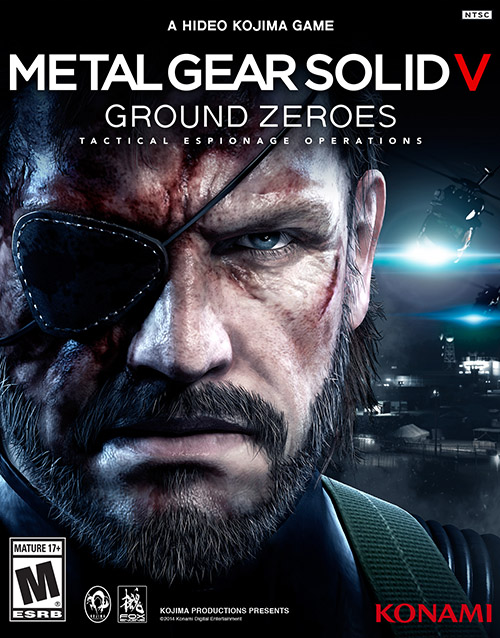 Metal Gear Solid is one of the most revered franchises in gaming, containing some of the deepest and complex stories to have ever been told. Following the iconic Sold Snake, the series has maintained a strong consistency of quality and diversity, bringing us to a variety of different beautiful locations and establishing some of the best stealth action mechanics available. While we are waiting ever so patiently for the official release of Metal Gear Solid V: The Phantom Pain, Kojima Productions have yet to cease development on Ground Zeroes, bringing the short prologue to the dynamic PC platform. Considering how long it has been since we’ve seen a Metal Gear title on PC, one would be skeptical going in, but thankfully, things couldn’t have gone any better.

A lot of players out there look at games and determine their value through playtime. While Ground Zeroes was questionably priced at $29.99 when it launched on consoles, its bite sized price point on PC is a little easier chew. This is mainly because of how short the main content is. Ground Zeroes is one large camp Big Boss needs to break into and rescue two captives from Metal Gear Solid: Peace Walker: Chico and Paz. If the player goes into the campaign a little stealthily, while at the same time not avoiding killing anyone when need be, they can beat it in roughly an hour, and that includes the twenty minutes worth of cutscenes.

The Metal Gear Solid franchise is well known for their lengthy and incredibly detailed cinematics, and this is somewhat similar. The difference is that there’s only two major cutscenes, taking place at the beginning and end of the campaign, along with another two very brief moments mid-mission. Unfortunately, you’ll be stumped at what’s going on and who the characters are if this is the first time jumping into a Metal Gear game, especially if you haven’t experienced Peace Walker, but there is a rough breakdown through a slideshow available on the main menu.

Outside of the short main campaign, there are a handful of side operations to partake in. These give players objectives to accomplish in the same open area that are completely optional, but do offer a decent amount of variety, from finding a solider that gives up the location of a recording to eliminating specific targets. It’s unfortunate there are only four of these, with an additional two (Déjà Vu and Jamais-Vu) being unlocked later on, only because they do give Ground Zeroes some well-deserved length. The short main campaign will not last you long, unless there’s a strange desire to go back and speed run the mission, and while these aren’t particularly lengthy themselves, ranging from five to fifteen minutes, they are a nice change of pace. They also sometimes unlock plot related content through the cassette tapes, whether mission oriented or through Chico’s hidden set. 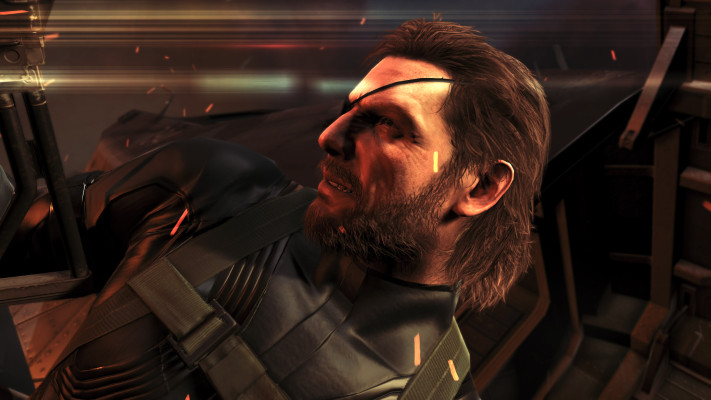 Gameplay is Ground Zeroes’ strong point as the leap from Metal Gear Solid 4 is noticeable. Kojima Productions have crafted a sizable open area to move across, with soldiers that populate it and go about their daily businesses. While it’s only one area and really only one type of grunt enemy, it’s the mechanics that really show off what a modern stealth action titles should be. The controls feel a lot looser than they once did, with more modern implementations such as sprinting, jumping into a prone position, regenerating health, and much more. Enemy behavior is very different this time around, having an on-screen notification pop-up when an enemy has caught a glimpse of Big Boss.

The more time spent out in the open, the more likely they will come to investigate, contact HQ to inform them of a suspicious individual, or outright call for backup. This somewhat ties into the new Reflex feature that is entirely optional for purists out there. Instead of gunfire raining down on Big Boss when spotted, he will have an opportunity to not only automatically turn towards the enemy, but be able to fire on them while in slow-motion. It gives Big Boss the ability to escape tight situations, although there can be some questionable spottings through fences and long distances. Regardless, the combat aspect of Metal Gear Solid V: Ground Zeroes is easily the best and most enthralling part.

Kojima Productions has also done a shocking amount to bring Metal Gear Solid V: Ground Zeroes to the PC. While the game is no slouch on consoles, the ability to natively play the game upwards of 4K resolution makes this an absolute beauty. While some of the textures can look a bit muddy, the overall impression for Ground Zeroes is positive with character models and environmental effects really demonstrating what the Fox Engine can do. This also helps that there’s a great deal of graphical options to choose from, allowing even lesser machines the ability to play.

Unfortunately, we did run into some hitches in the frame rate on AMD graphics cards, while Nvidia based units seem to run the game magnificently. This is a step up in the visual department, allowing for even more objects on screen and greater effects if your computer rig can handle it. Outside of the graphical options, the controls have also been decently implemented, as well. While it’s still preferred to use a controller for how many different commands there are, the keyboard and mouse controls still offer an adaptation worthy of praise, and allows for a little more precision when aiming. 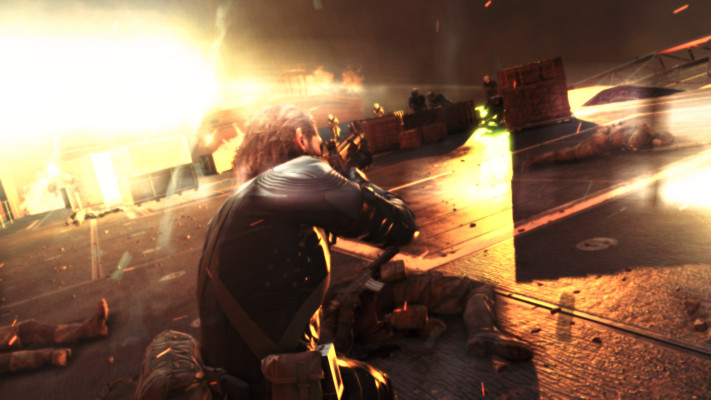 Metal Gear Solid V: Ground Zeroes is a nice bite-sized piece of content that will help players get a good grasp on what to expect when The Phantom Pain is released sometime next year. It retains the stealth features hardcore fans have come to enjoy, while at the same time implementing various modern mechanics that will appeal to an even greater audience. This also marks the first time Kiefer Sutherland replaces David Hayter as Big Boss, cementing the actor’s place in the series. While it may only take an hour or so to complete the main mission that acts as the prologue to the next game, the PC port of Metal Gear Solid V: Ground Zeroes not only lives up to expectations, but surpasses them in creating an overly satisfying sandbox to sneak through.