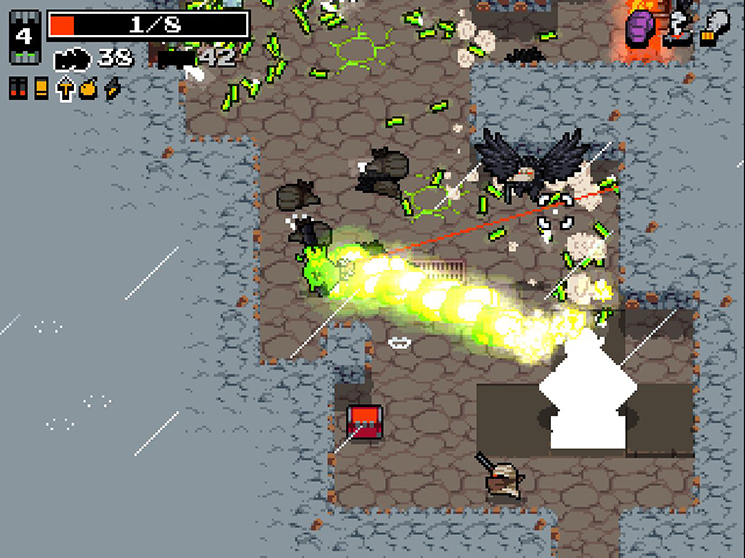 Nuclear Throne is the kind of big, brutal twin-stick action game that can break a gamer into a quivering mass of nerves and crushed dreams.  Like a lot of games to come on this list it’s a semi-roguelike more dependent on reflexes and adaptability than learning level layout, and it’s willing to kill you dead faster than you can blink if you don’t learn its quirks fast.  Each of the mutants has their own unique passive ability and special power, and combining that with the level-up abilities and dropped weapons you pick up along the way can either turn your character into a titan of destruction or cannon fodder for the wasteland.  Even titans can be overwhelmed by the mass of firepower arrayed against them, though, and when hit points are measured in single digits even one stray bullet can be enough to throw off a run.  If you want to achieve the nuclear throne of the title you’ve got to be good, fast, a little lucky, and incredibly deadly.  Nuclear Throne is a complete blast from the first gunshot to the moment your corpse starts flying across the screen, and then you do it all over again only, hopefully, better next time. 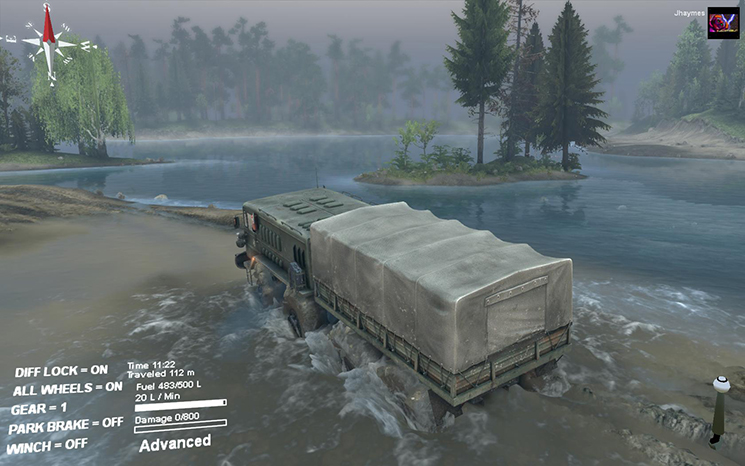 Big trucks, big wilderness, and a nice balance between arcade and sim sensibilities made Spintires one of the most memorable driving games of 2014. Fast cars are all very nice but they require a ridiculous amount of infrastructure to support, but the mechanical beasts of Spintires view the gouged-out mud trenches of the backwoods as good enough to get by. Admitted, it’s not a sure thing by any stretch of the imagination for even the biggest powerhouse trucks in the game, but with a bit of careful maneuvering and exploration you can not only survive but drag huge loads that weigh you down further across the unforgiving terrain. Spintires is a unique take on driving games, and the dirt roads of the wilderness a wonderfully challenging opponent. 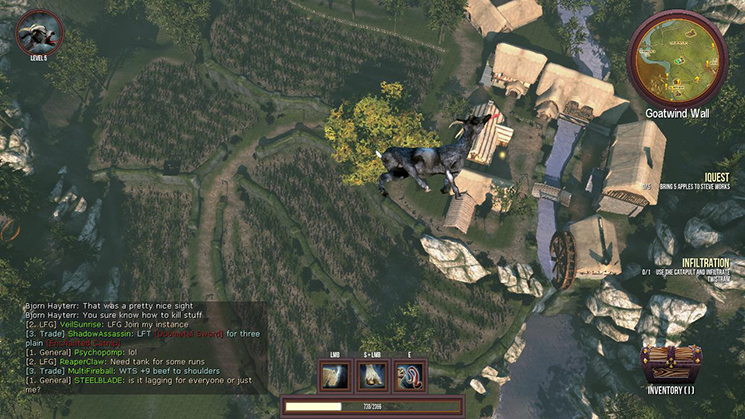 It started off as a joke, turned into a real product, and then expanded twice throughout the course of the year into its current ridiculous form. Goat Simulator isn’t so much about being a goat as it is about finding the weirdest ways to break the game’s physics as you explore each stage and unlock its bizarre mysteries. Headbutt people, lick cars and get dragged around by your tongue, wipe out and flail about as the ragdoll physics go slightly insane, and cause as much trouble as possible. There’s not much more to Goat Simulator than that, but the sheer comedy value in every situation made it one of 2014’s most entertaining distractions. 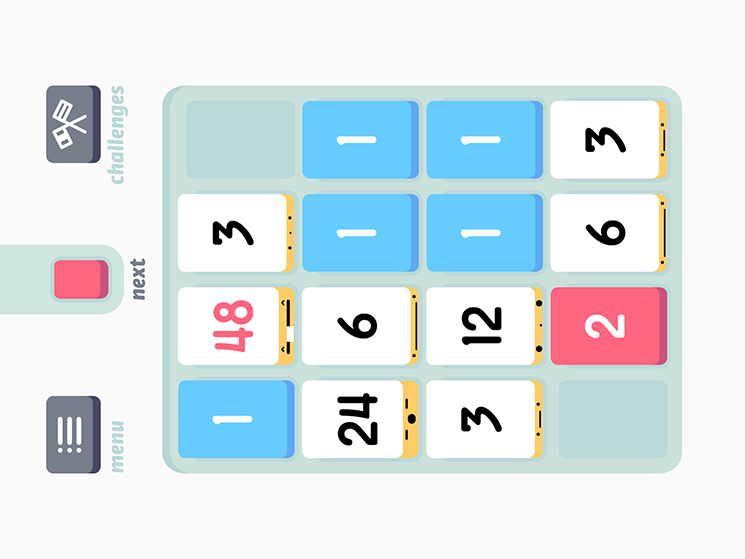 Simple is good, and surprisingly difficult to get right. Threes! is a simple game that, once you play it, it’s hard to believe it’s taken this long for it to be created. Swipe the four by four board and all tiles move together, with matching tiles merging to double their value. As you swipe away more tiles are slowly added until the board is covered in tiles that may or may not give a clear path towards combining the tiles into higher-scoring matches. There’s a strategy to it, and it’s the kind you slowly learn as you build off your failures as one game turns into another. Threes! is a simple idea perfectly executed. 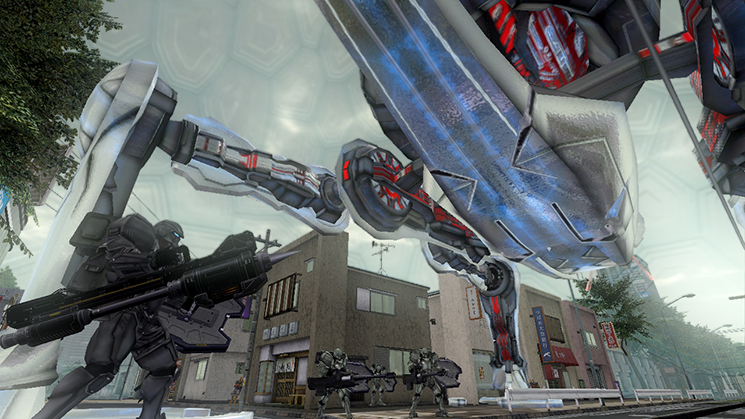 The bugs are back and the Earth Defense Force is needed again! This time instead of an all-purpose Storm One you can choose from one of four character classes specializing in various weapon types. Used properly, each class is overwhelmingly powerful, but even that strength is pushed to the limit against the swarming hordes of giant insects, spiders, and robots level Japan’s cities. Each of the dozens of levels takes a few minutes to beat, once you figure out a proper line of attack, but as the stakes keep ratcheting up and the threat gets more menacing you’ll find the guns you earn along the way just barely strong enough to get the job done. Earth Defense Force 2025 is pure action carnage in giant destructible cities where you use a ridiculously huge arsenal against hundreds of swarming enemies, which is exactly what I’ve always wanted from gaming. 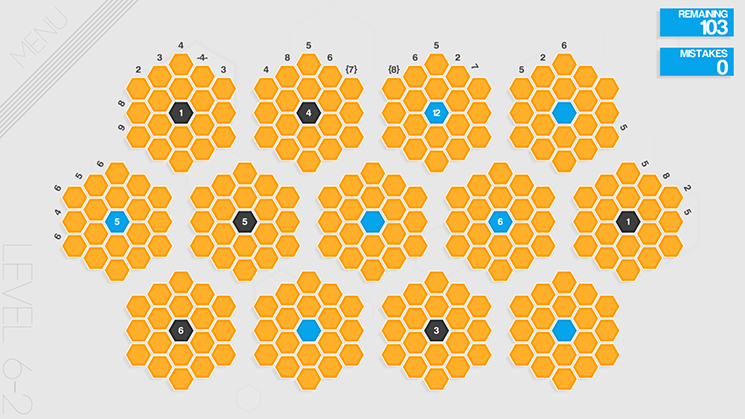 Hexcells is what would happen if Minesweeper was played on a hex board and was completely governed by a merciless logic that slowly builds as the levels progress until you’re building if-then chains four deep in your head to uncover a single tile. While technically Hexcells Complete is three games in one, each game only admits to being separate from the others just long enough to re-teach the basics before building on what’s come before. Hexcells is tricky, Hexcells Plus can be downright mean, and Hexcells Infinite turns evil in the end. While not a traditional boss by the strictest definition of the word, the last puzzle of Infinite is easily the best final boss of the year as it uses every scrap of logic the game has taught since the very first puzzle to complete it. 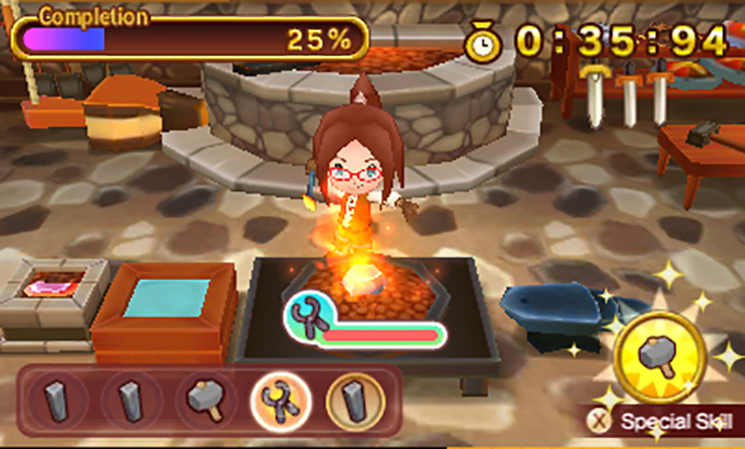 It’s odd that a game about grinding makes the top half of a Best Of… list, but Level 5 nailed what makes the resource-farming treadmill so enjoyable by fusing it to a cheerful fantasy world that’s pure Nintendo. It’s a familiar treadmill, too- explore world, get items, take on new jobs to craft better equipment, progress the story to open up new areas to get new resources. If Fantasy Life wasn’t so incredibly cute it might seem like work, but the way it fuses the resources gathered and refined by its twelve job classes together makes it a load of fun to switch between them to craft the best possible goodies. As a miner you crack open ore deposits to get base metal, then change to blacksmith to refine the metal into bars and then new tools for other classes such as tailor or cook. With a more powerful frying pan you can cook higher-quality food giving better healing and stat buffs so you can take out the giant monster that’s a goal for the mercenary class. Get tired of the resource grind and there’s a world of fun characters needing help and an action/RPG story to follow. Fantasy Life is an epic little adventure and an item-grinder’s paradise, and somehow that works out just fine. 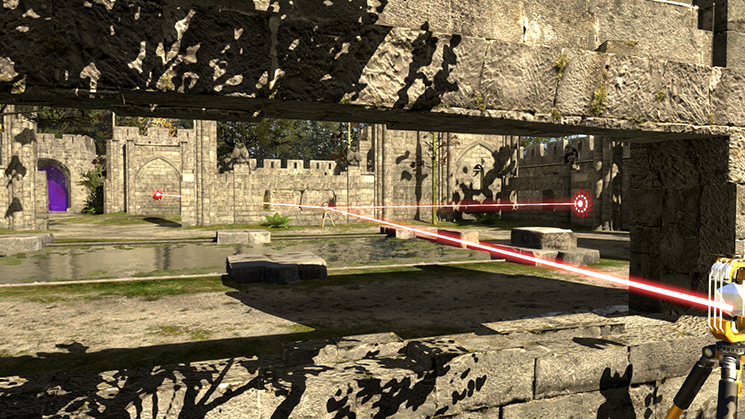 Use the jammer to open the gate to get the box to put on the pad to open the door to create a line of sight from the beam’s source so you can connect it to the crystal that can send it every which way so long as there’s a clear path to its destination. The Talos Principle is an incredible first-person puzzle game that never lets you stop thinking, as you experiment with all its pieces to clear a way to yet another type of puzzle. It’s a huge game of increasing difficulty that teaches you every step of the way how to figure out just enough to get a handle on the next problem it dumps in your path, with the occasional dip in trickiness to get a breather. It’s a deep dive into a world of problem-solving, and it just keeps getting more rewarding the farther in you go. 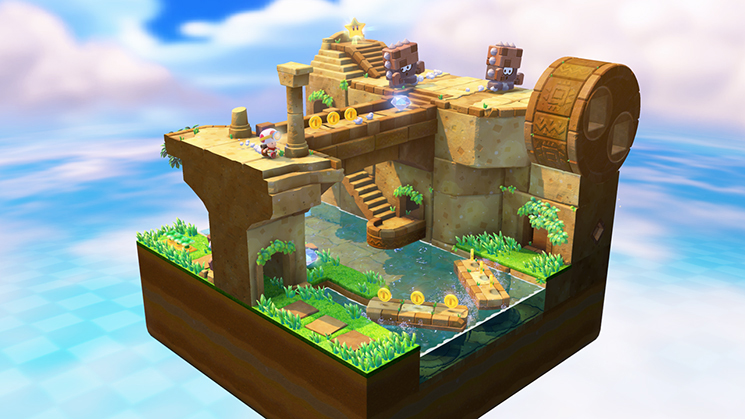 Nintendo needed something new to round out the Mario Karts and Smash Bros, and Captain Toad was the perfect way to do it. Combining the cute and harmless charm of Mario’s world with toybox dioramas packes with puzzles and challenges at every turn, wringing every trick from the 3D construction, made for a perfect series of bite-sized levels. Toad is a slow little guy, loaded down with a giant backpack that prevents him from jumping, but with sheer determination, a bit of sneakiness, and endless new level toys, each new area is a pure treat to figure out. Captain Toad: Treasure Tracker is a perfect example of why, after all these years, video gaming still needs Nintendo around. 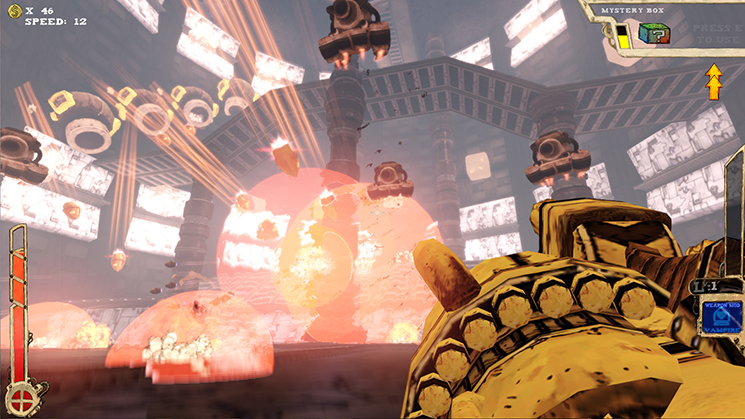 Tower of Guns is not what I’d have expected to end up at the top of the list if you’d asked me in January what 2014 might look like. I’d played the early versions a few times for previews and such, and had a good time shooting my way through the random collection of rooms, but the final build and a couple of updates adding more content along the way kept me coming back for months. Tower of Guns is a semi-roguelike FPS with bullet-hell elements, combining enemies that throw walls of firepower in your direction with levels comprised of a series of rooms that were hand-built but thrown out in a random order. You choose a gun at each game’s start and power it up as you go, and unless you get very lucky and find another along the way that gun and its infinite ammo is all you get, so learning its quirks is as necessary to survival as quick reflexes. Tower of Guns is cut squarely from the same cloth as Quake, requiring fast action, efficient destruction, and a good nose for sniffing out secrets. The level design is fantastic, the guns have more personality than any ten bald space marines, the bosses are impressively huge and powerful, and there’s a sense of sheer fun running through the silly narratives the game selects from at random to pretend to give a story to the action. At the end of a run you might be sporting a razor-disc gun with a scatter mod, have a octuple jump, and zip around like a spastic hypercaffeinated squirrel. And still die, of course, because Tower of Guns wants you dead and is willing to throw as many bullets, lasers, and zappy-bolts at you as necessary to get the job done. Tower of Guns feels exactly like I want an FPS to be, and 2014 was much better for having it available to drop into whenever quick bout of fast-action shooting was required.