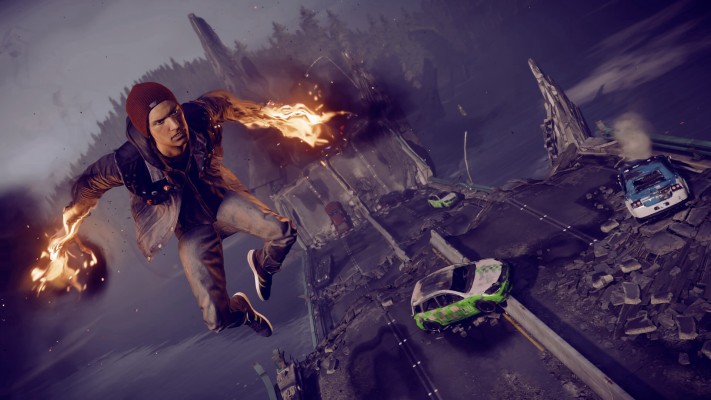 The first of three platinum trophy entries on this list (c’mon, you didn’t think it would be a Matt Whittaker original without some trophy talk, did you?), inFamous: Second Son was exactly what true inFamous fans were looking for: more inFamous. Sure, the story wasn’t up to par with the masterpiece that was Infamous 2, but the third entry into the superhuman-in-plain-clothes simulator franchise made up for this by including four unique powers for Delsin to fool around with. Everyone and their mother loved zooming around mini-Seattle with the hardware-pushing Neon power, and that first time rushing into a vent via smoke-usage was one of 2014’s best “Woah, dude” moments. inFamous: Second Son will forever go down as the first game that demonstrated what “next-gen” truly meant, and it might be the best-looking AAA game ever made. Oh, and if you haven’t seen that shocking evil ending, do yourself a favor and unlock it. Trust me.

Danganronpa: Trigger Happy Havoc also saw a 2014 North American release, but Danganronpa 2: Goodbye Despair feels like the definitive Danganronpa experience (let’s throw one more Danganronpa into this sentence for good measure). If I’m planing on playing an over-the-top visual novel, I want it to be as mind-blowing and ridiculous as possible. While Danganronpa: Trigger Happy Havoc‘s surprise ending had to be seen to believed, the constant twists and turns of its sequel make every moment of this thirty-hour adventure a mystery. Instead of being confined to a single schoolhouse, the intriguing cast of Danganronpa 2 plays their insane murder game on a series of strange tropical islands. The result is an anything-goes narrative that, while certainly bizarre, makes every bit of sense within the confines of its universe. On top of all of this, Monomi is absolutely adorable, and adorable characters are always good. Always. 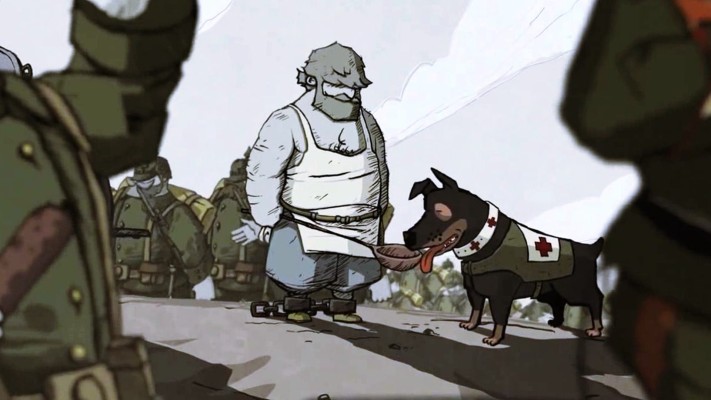 One of only two games to make me cry (the other being The Last of Us), Valiant Hearts: The Great War has 2014’s best story. It seems like one could spend a lifetime playing all of the World War II titles available, so the chance to experience a historically accurate depiction of World War I felt truly fresh. War is brutal, unforgiving and horrifying, and Valiant Hearts portrayed all of this without forcing us to murder everything that appears in our field of view. This is a tale of people, families, and love as opposed to blood, gore, and lead. My personal favorite UbiArt game doesn’t disappoint on the visual side of things either, as the sketchbook-style art-design will hold up for decades to come. Video games incorporate so much mindless violence on a day-to-day basis that it’s revitalizing to play something that shows that the effects of said savagery reach so much farther than the battlefield. Plus dogs are awesome, so if you don’t like dogs you’re objectively incorrect.

I don’t love Dragon Age: Inquisition for its story, nor do I adore it for its rock-solid mechanics. Not even its endless quests and gorgeous art-style rank as my number one reason for including it on this list. Dragon Age: Inquisition thoroughly confused me at first, and being able to dig myself out of said perplexity was thoroughly enjoyable. The deepest game of 2014 requires an intense amount of commitment, as no player will be able to gain 100% satisfaction through occasional casual play. Perhaps the biggest amount of praise I can heap on Dragon Age: Inquisition is that I had no qualms completely restarting after 25 hours. I know that this is going to be a title I continue to enjoy into the new year, so why not go through it as meticulously as possible with an entirely new character? The industry is going to praise BioWare’s latest RPG for years to come, and it’s easy to see why: it’s life-evaporating. 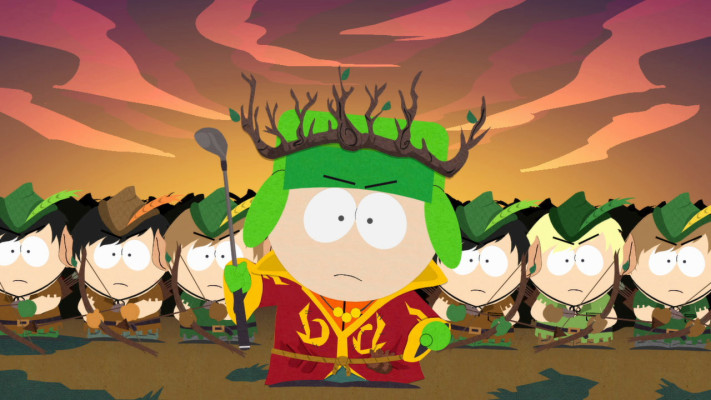 Whereas Valiant Hearts caused me to shed tears, South Park: The Stick of Truth came dangerously close to causing the appearance of a separate bodily fluid entirely. The closest a game has ever come to making me wet my pants out of laughter, The Stick of Truth is likely the funniest game of all time. Combining surprisingly sound RPG mechanics with the equivalent of a full season of South Park content, Matt Stone and Trey Parker’s latest foray into the video game kingdom is a massive success. You fight against Khloe Kardashian’s aborted fetus; you do awful things to Randy Marsh, and your Facebook feed is continually bombarded by Al Gore’s unabashed loneliness. The true mark of comedy is whether or not it can make you laugh out loud while you’re alone, and South Park: The Stick of Truth accomplishes this on a never-before-seen scale. You are Douchebag, and you better wear that title with pride or the Nazi zombies will get you.

We’ve arrived at Platinum Trophy number 2! Don’t worry audience, you’ll only have to read through one more shameless trophy hunting plug after this. When Middle-earth: Shadow of Mordor was first announced, I literally couldn’t have cared less. I’ve never been a Lord of the Rings fan, so why would a game set in a universe I have nothing but apathy for be something that I’d enjoy? After spending time with a near-final build of Monolith’s latest title at PAX Prime, Talion’s adventure went from a surefire skipper to an absolute must-play in my book. The twenty-two hours I spent in Mordor were some of the most enjoyable gaming moments I had all year. From its rock-solid combat to the Nemesis System (a mechanic that should be copied by developers across the globe), everything about Middle-earth: Shadow of Mordor‘s gameplay was instantly gripping. Manipulating said Nemesis System for hours in order to produce a rare Level 25 rune is easily one of my favorite gaming accomplishments of the year, and there’s something to be said for the development prowess that went into making that challenge possible. To be fair, I still don’t care for Lord of the Rings, but Middle-earth: Shadow of Mordor is a fantastic game with or without the popular franchise attached to it. 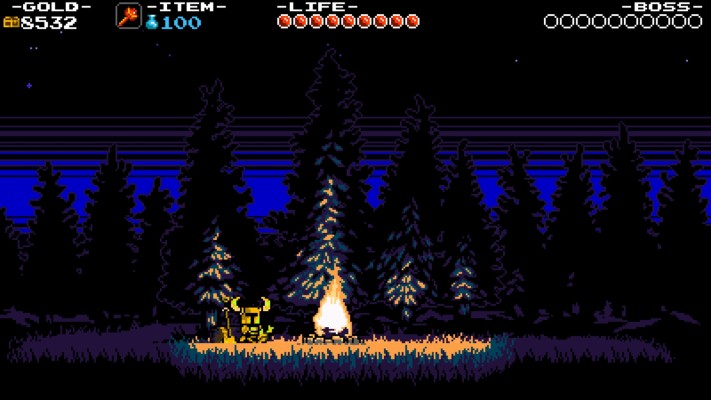 While I loved Shovel Knight during my playthrough, I find myself adoring Yacht Club’s debut title more and more after the fact. It’s gorgeous, mechanically flawless, challenging, and charming. Shovel Knight‘s boss design is superb and Yacht Club’s ability to build an entire game around such a simple premise is commendable. The second Shovel Knight 2 is announced (please, for the love of God, do this), it’ll instantly vault to the top of my most anticipated list, no questions asked. In a world where games seem to be getting more and more complex (see: Dragon Age: Inquisition), there’s something amazing about playing something so pure. Everything in Shovel Knight always works (a novel concept, no?), and there’s never a single moment where one is bored. Independent and AAA developers alike should take note: well-designed gameplay and perfect mechanics will always win out over everything else, no matter what.

After releasing one of the Vita’s best games in Velocity Ultra, nobody would have faulted FuturLab for sticking to the same formula for its sequel. Combining speedy shoot-’em-up mechanics with an almost Portal-esque teleporting mechanic made for an addictive experience conducive to pick-up-and-play sessions and multi-hour marathons alike. However, instead of simply putting out more levels and strapping a “2” onto the name, FuturLab made one of the boldest development choices in recent memory. The small UK-based studio took all of the best parts of Velocity Ultra, made them quicker and tighter, added the best platforming sections of the year, and blended everything together into one cohesive package. Velocity 2X is the single-most addictive game of 2014, and those who are willing to put forth the effort into perfecting all fifty stages will find themselves constantly in awe. No game this year made me feel one with my controller quite like Velocity 2X. The biggest challenge I faced didn’t involve any of its stages; it was a bona fide struggle to wait an entire month to tell the world how good it truly was. 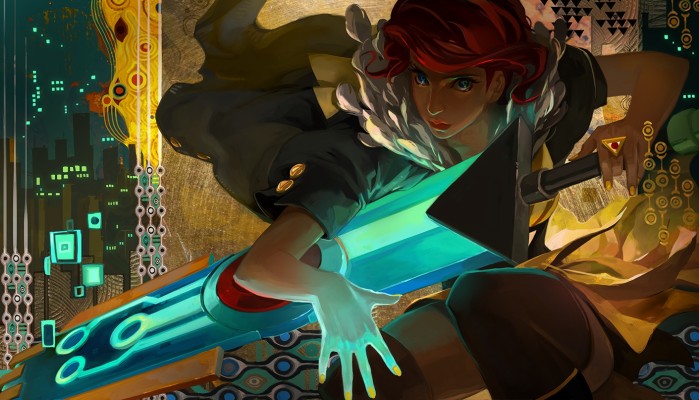 Finally, this annoying author is done hyping up his no-life Platinum hunting! Yes, this is the final game that I earned all the trophies for, which is notable here, as it meant that I played Transistor from start-to-finish twice (a no-brainer decision for this particular artistic masterpiece). From the moment I first heard Ashley Barrett’s breathtaking vocals in the initial reveal trailer, I knew that Supergiant’s sophomore offering would be special. If you asked me to design my dream video game, it’d likely look something like Transistor. It might be the best-looking game of all time, it boasts stunningly deep RPG and strategy mechanics, and its soundtrack is bone-chilling. If not for Valiant Hearts, Transistor would likely have the best narrative of the year, as Red’s subtle tale to regain her love and her voice is absolutely beautiful. When combined with their work Bastion, Supergiant Games is quickly becoming one of the best studios in the business, independent or otherwise. Anyone with a PlayStation 4 or PC should do themselves a favor and play through Transistor. It’s beauty in motion. 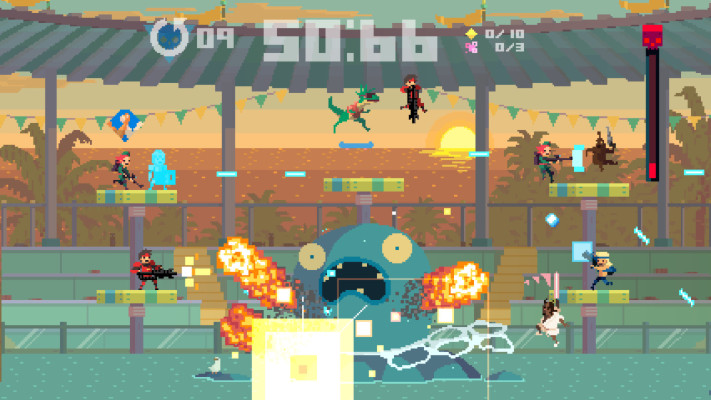 There wasn’t a shade of doubt as to what my personal Game of the Year was. Out of every video game I’ve ever played, Super Time Force is easily the most video gamey. This is the title that made me remember why I started playing games in the first place: they’re darn fun. Why would anyone want to read books, cook food, or spend time with their families when they could blow up giant octopi with hundreds of bullets? Who cares about how evil the villain in your game is; does he have two eye-patches? Does any character reveal make you smile and slap your forehead quite like Jef Leppard’s first appearance? If one thing is abundantly clear from Super Time Force, it’s that Capy had a phenomenal time developing it. Its biggest accomplishment is taking its central rewind mechanic and using it to make the entire game feel like a massive puzzle. You’re always moving and shooting, but you’re also always thinking. We see games that combine platforming, action, and brain-teasing constantly, but rarely do we ever see a game that weaves these components into one package so soundly. Upon Super Time Force‘s release, I noted that the Xbox One’s best title deserves its place in independent game history alongside  Braid, Super Meat Boy, Limbo, Bastion, and others. That hasn’t come close to changing in my mind; Super Time Force is that damn good.