So chances are that you didn’t quite enjoy WWE 2K15, and unless you’re unhealthily obsessed with it like I am, you might find yourself yearning for something to satisfy that pro wrestling itch. With that in mind, here are some readily available alternatives that you can grab right now without digging up retro equipment. 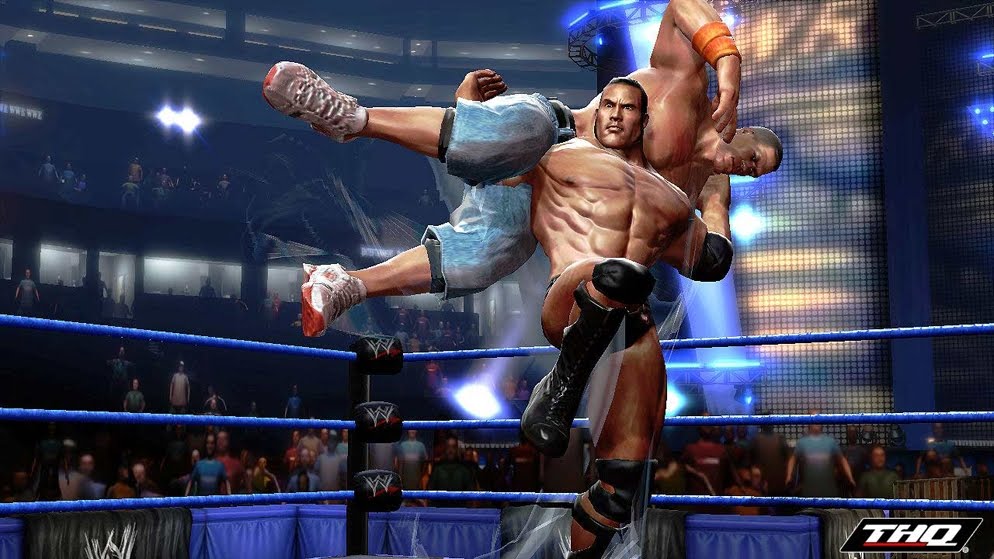 This was an attempt by THQ to bring back the good old fashioned N64 style of pro wrestling, harking back to days of No Mercy and Wrestlemania 2000. WWE All Stars doesn’t play quite like its supposed influences, but it still does a nice job of giving players fast paced arcade-style wrestling action, with big moves and none of the simulation aspects to slow things down. It has a nice roster of current wrestling stars and plenty of classic legends, all re-imagined in cartoon form with hugely exaggerated (not to mention gravity defying) special moves. An ideal pick up and play for everyone, there is a ton of craziness in this package.

Availability: Can easily be found for bargain bin prices on Xbox 360 and PS3. 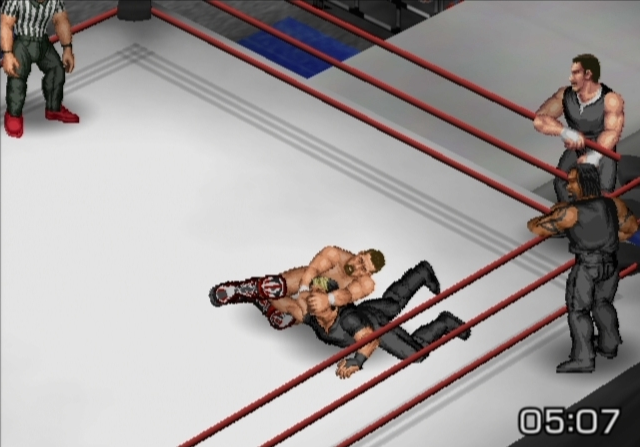 Don’t be fooled by its 2D retro appearance, Fire Pro Wrestling Returns is one of the finest virtual grapplers ever created. The simple yet challenging gameplay is perfect for some quick, addictive, and hugely competitive grappling with your friends. With one of the largest rosters, along with a multitude of crazy match types, and some of the deepest creation options to date, Fire Pro Wrestling Returns is a hard one to put down once you get rolling. The beauty of it is that it has deceptively simple controls than anyone can grasp, but its strict timing based gameplay makes it both challenging and a lot of fun.

Availability: You can grab this off PSN right now on your PS3 for a paltry sum. DO IT. 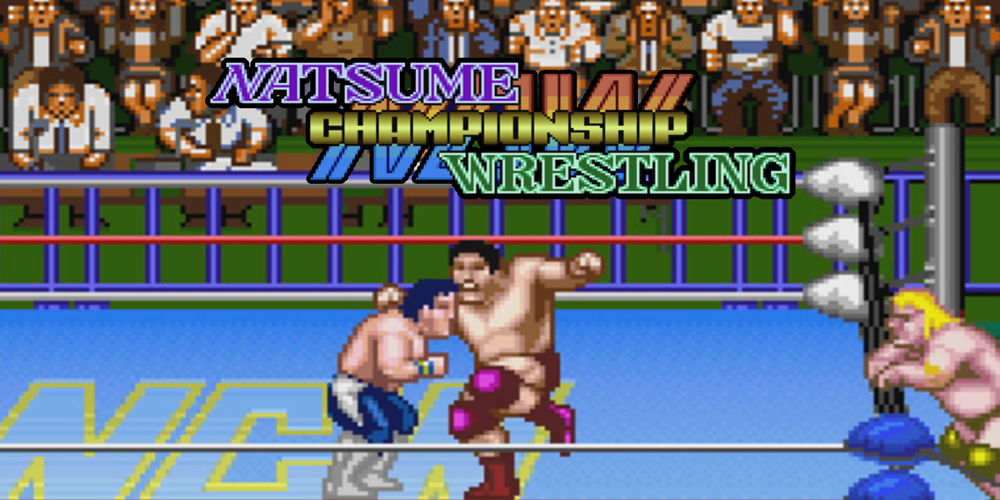 Brought to you by the same company that gave us the Harvest Moon series, Nastume Championship Wrestling (NCW) is the Japanese company’s take on pro wrestling. Featuring an original cast of  completely fictitious wrestlers (although some subtle similarities to real world icons do become apparent), NCW has a similar feel to Fire Pro Wrestling in its basic control scheme and gameplay, although it isn’t as good. Essentially a poor man’s Fire Pro Wrestling, Natsume Championship Wrestling is still decent enough for some multiplayer grappling on the cheap only if you don’t have a PS3 lying around.

Availability: You can grab this off the Wii U eShop right now from the SNES Virtual Console selection. 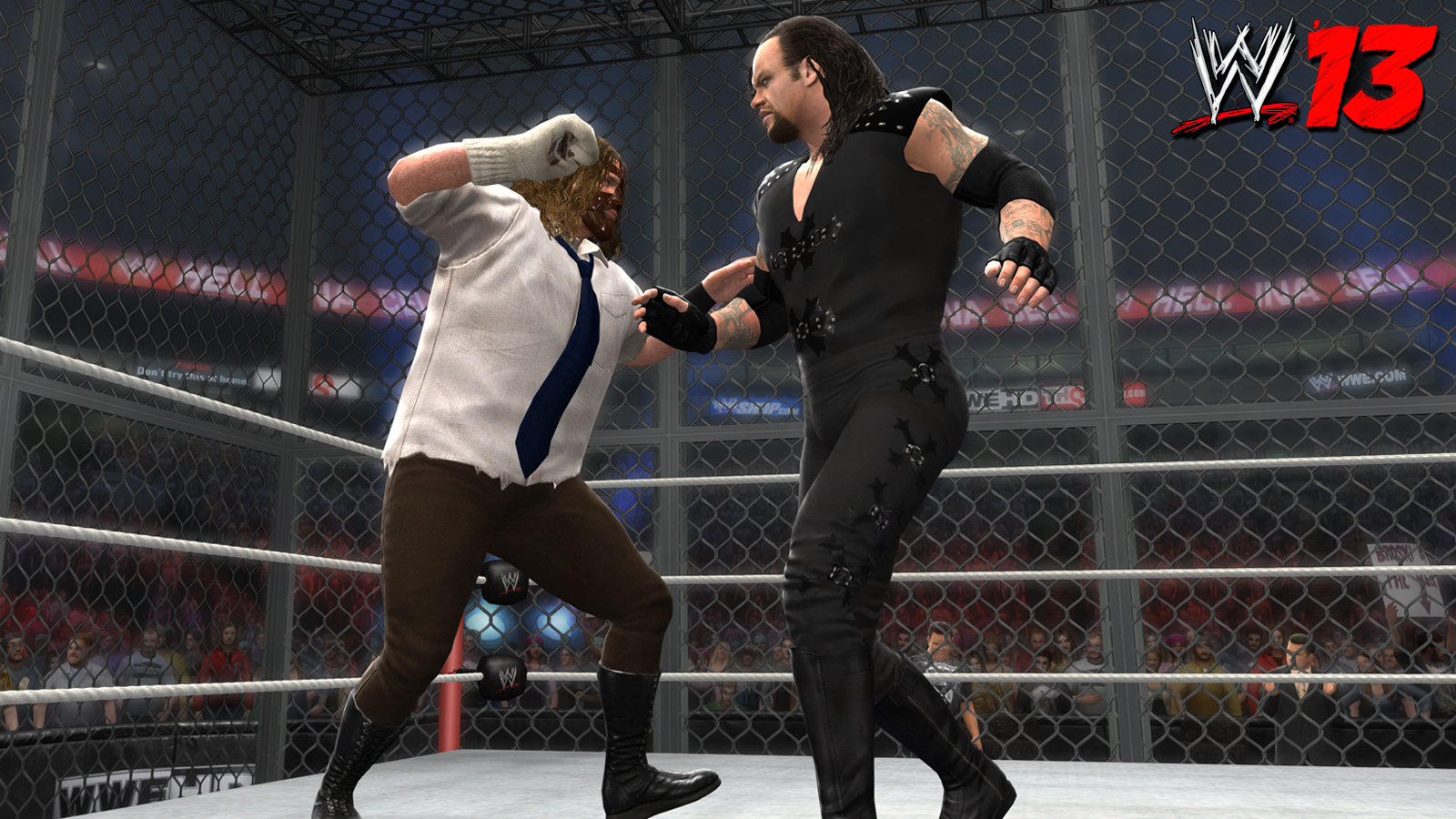 Most of you were probably following wrestling during the iconic Attitude Era, and that’s where the fandom beings and ends for a lot of casual fans. If you fall under the category of “Attitude Era Hipster,” then out of all the buggy releases by THQ and Yuke’s, WWE ‘13 is the one you should check out. It has all the guys you know and love, like Stone Cold, Mankind, The Rock, Bret Hart, and of course, the classic Shawn Michaels (back when he was still embracing his degenerate ways). It also features an interactive documentary story mode of sorts where you get to virtually recreate historic moments from that era, and that includes stomping a mudhole on Vince McMahon.

Availability: This has been out of print for a while, but copies can still be found. Surprisingly, word on the street is that it’s a bit more expensive than even WWE 2K14 due to a recent resurgence.

Not great by any stretch, TNA’s one and only main console game ever has a couple of good things going for it, like a simplified and arcadey grapple system  and a roster of TNA stars that you won’t find in most WWE games. It’s also got TNA’s trademark six-sided ring, but the coolest thing about this game is the Ultimate X match, a TNA trademark that can be a lot of fun with friends. Here you have structures used to support cables that intersect high above the ring, with an object hanging right in the middle that must be retrieved in order to win. Players must climb the structure, and then use the cables to shimmy across and get to the object. Hilarity ensues with wrestlers kicking each other off the cables and constantly falling all over the place.

Availability: You can probably find this in the bargain bins or pawn shops for pennies; some places will have it for a buck only. 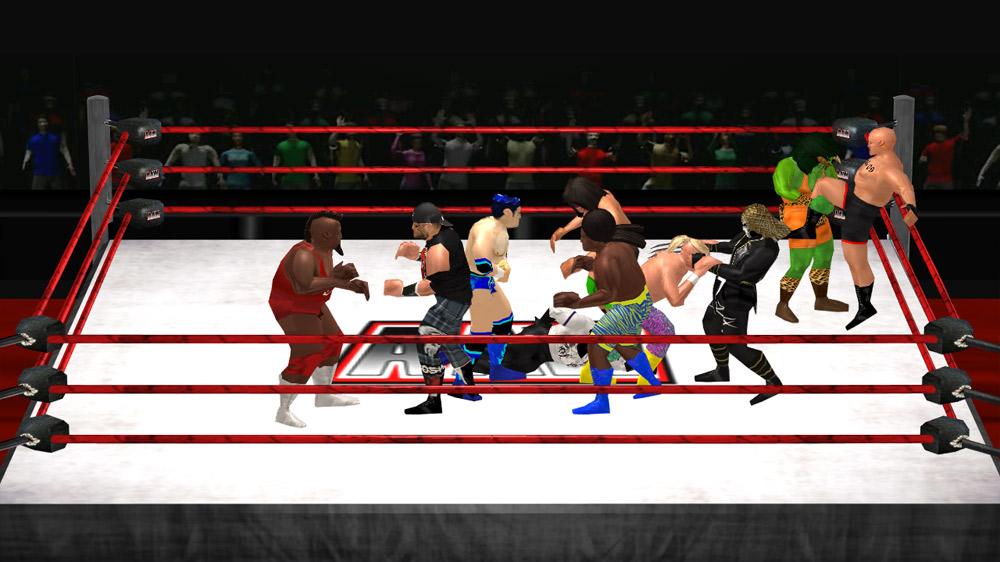 Here’s one you can find in the Xbox Live Indie Marketplace for Xbox 360. Action Arcade Wrestling 2 is an incredibly cheap indie wrestling alternative that you find all ready for download in digital form. It has the match types, heaps of weapons and some crazy 10 man wrestling action. It’s a sloppy looking game for sure, but for its bargain price you can get some multiplayer fun out of it.

Availability: You can get this off the Xbox Live Indie Store on Xbox 360 for the low, low price of just $1.