10. Shantae and the Pirate’s Curse
(3DS/Wii U, WayForward Technologies) 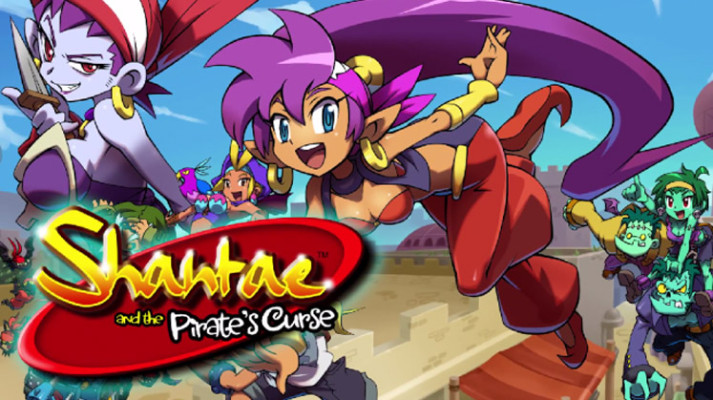 A number of great platformers released in 2014, but out of all of them, Shantae and the Pirate’s Curse is my favourite. Wayforward are masters of 2D animation and game design, and the Shantae series has always showcased their best work. They faced some stiff competition this year from the likes of Shovel Knight (which was created by a team of former Wayforward employees), but I’m a sucker for a good Metroidvania, and this is a damn fine Metroidvania. The game is brimming with goofy humour and hidden secrets, and I can’t get the infections belly dance soundtrack out of my head. 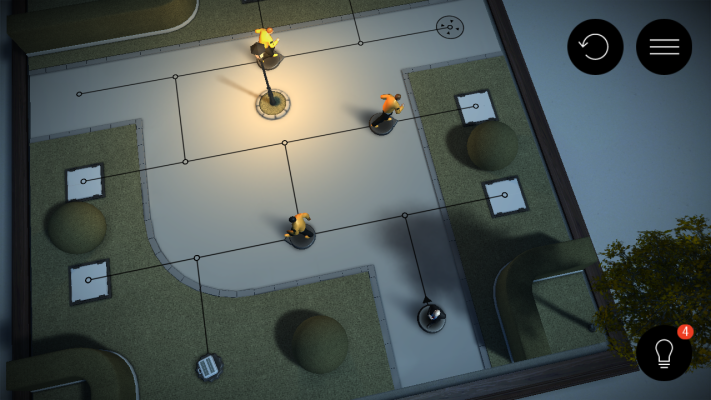 When you play Hitman, the first thing you think isn’t “wow, this would make a great board game,” but nonetheless Square Enix Montreal has come up with something real special in Hitman GO. This mobile app takes the emphasis on timing and observation that makes classic Hitman so compelling and trims away all of the fat, leaving behind a lean, challenging puzzle game that will eat up hours of your day if you’re not careful. The game’s miniature aesthetic is especially impressive. Knocking guards off the board by sneaking up behind them feels satisfying, and every last scene level is a tableau packed with hidden details. 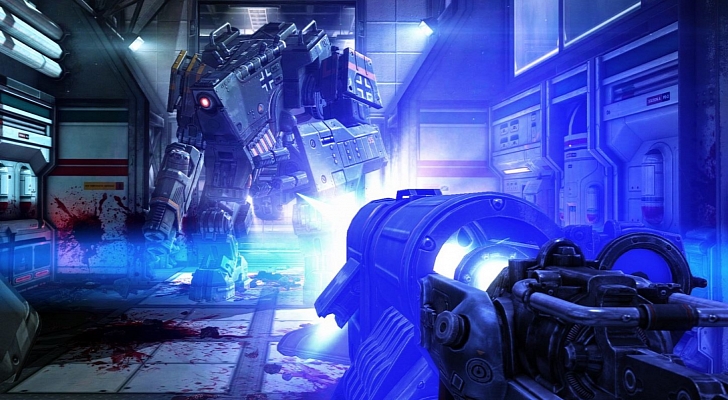 For a long time now, first person shooter campaigns have largely existed as an excuse to sell the same multiplayer to frat boys year after year. Those shooters that do focus on their single-player generally use item collection and RPG mechanics as a substitute for actually having good shooting. Wolfenstein: The New Order is a throwback to a time when stories came first and were completely ridiculous. As BJ Blazkowicz it’s your job to tear across continental Europe, the ocean floor, and the moon in order to overthrow the Nazi regime and restore freedom to the world. When a game starts off with fights against giant robot dogs and only gets crazier from there, you know you’re in for a good time. 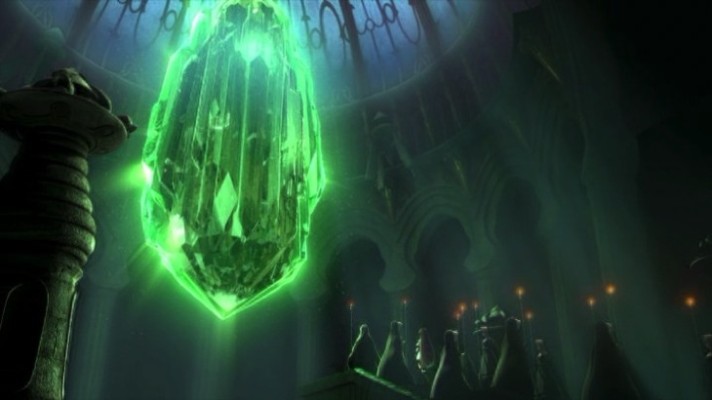 Bravely Default serves as a reminder of something that most gamers – and indeed designers – seem to have forgotten: menu-driven turn-based combat can be fun on its own. The Brave/Default turn system compliments Final Fantasy’s long-standing job system perfectly, allowing for a staggering number of tactical options. Your choice of class and equipment can drastically alter your battle strategies, and the game rewards you handsomely for experimentation. Gorgeous, hand-painted backdrops look fantastic when viewed in 3D, and the characters models exude a simple retro-style charm that’ll make you nostalgic for PS1 era. Square Enix has found the magic again, and I’m excited to see what they’ll do with it next. 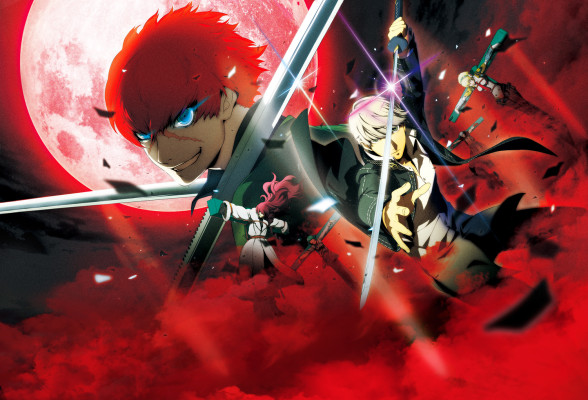 Persona 4 Arena offers a perfect mix of accessibility and hardcore fighting depth, and the sequel is even better. Seven new characters join the fray, including fan-favorites like Yukari, Junpei, and Koromaru (also Ken I guess), and the addition of shadow variants for each fighter effectively doubles the roster on top of that. There’s a metric ton of new content to explore in this update, but I’m just happy that my main man Yosuke plays the same as he did in the original. I’ve been kicking ass with him on and offline since Ultimax was released, and I won’t be slowing down any time soon. As multiplayer games go, only two this year have satisfied me better. 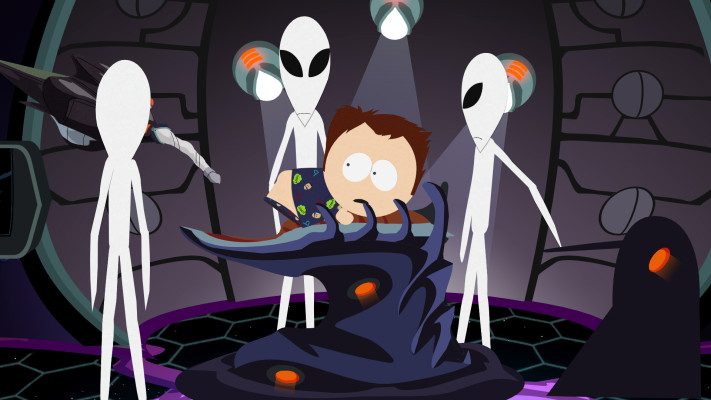 Trey Parker and Matt Stone are among the most influential comedians of our time. Their show has stayed on top of hot-button issues for the last eighteen years, and in the off season they’ve used their comedic talents to conquer the worlds of film and Broadway musicals. This year, they finally brought their talents to video game development, working alongside Obsidian Entertainment to create the first South Park game in history that doesn’t make you want to kill yourself. Infused to its core with the biting satire that defines the show, South Park: The Stick of Truth is far and away the funniest game this year. 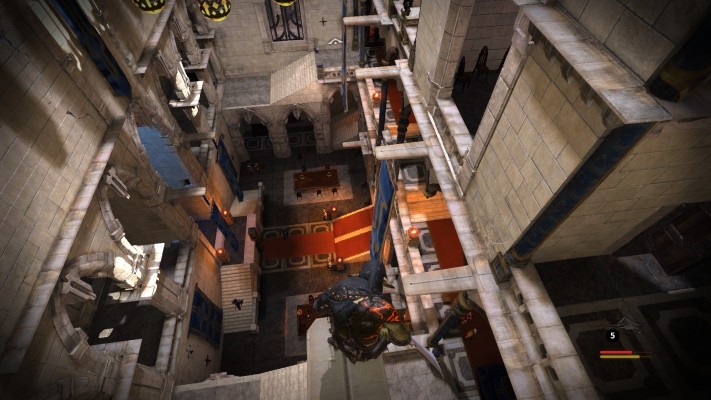 The AAA market has not been kind to hardcore stealth fans of late. Hitman: Absolution was absolutely terrible, Thief was a kick in the teeth, and Metal Gear Solid has trended more and more toward shooting as opposed to sneaking over the years. Fortunately, we have an unlikely hero on our side in Styx the goblin, a foul-mouthed RPG protagonist turned cat burglar. Cyanide Studios’ sneak-em-up takes the open-ended design philosophy of classic PC stealth games and adds a layer of Assassin’s Creed-inspired verticality, allowing for levels that are at once compact and sprawling. A master-class in atmosphere and level design, Styx: Master of Shadows can stand proud (though not particularly tall) alongside the best games in the stealth genre. 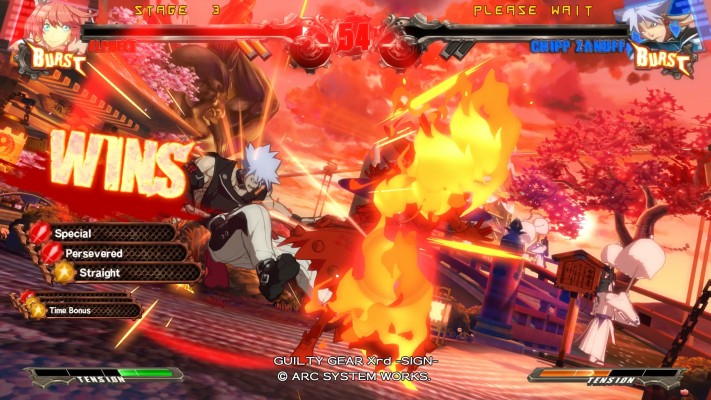 We’ve gotten three different Arc System Works fighting games over the last year, and they’re all excellent, but Guilty Gear Xrd -SIGN- takes the belt. The characters are as vibrant and wonderful as we’ve come to expect from the company, and the new graphics are beyond gorgeous – the things this studio can do with the unreal engine will blow your mind – but it’s the fighting mechanics that really steal the show. BlazBlue and Persona sacrifice a bit of their hardcore spirit for the sake of accessibility, but Guilty Gear is renowned for being one of the most precise, technical fighting series on the market. Xrd -SIGN- feels incredible, and has a higher skill ceiling just about any other game in its class. I expect to see some fantastic matches at the next EVO. 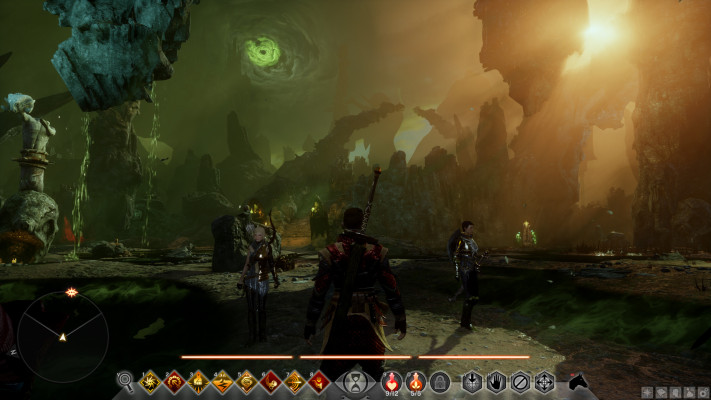 For a long time now, The Elder Scrolls: Skyrim has gotten a free pass. Bethesda’s immense RPG is buggy as hell, and its combat is mediocre at best, but we forgive it for the sheer quantity of stuff that it allows us to do. It seems downright unreasonable to expect a game that big to also be, you know, fun, but Dragon Age: Inquisition shows that it’s far from impossible. Inquisition brings back the intense, Baldur’s Gate inspired tactical gameplay that made Origins such a treat and transplants to an immense world absolutely bursting with intricate questlines and cool locations. You can set the game to normal difficulty and play it like an action RPG, and it feels great that way, but it’s at its best when you crank the difficulty up and carefully coordinate every member of your party at once. 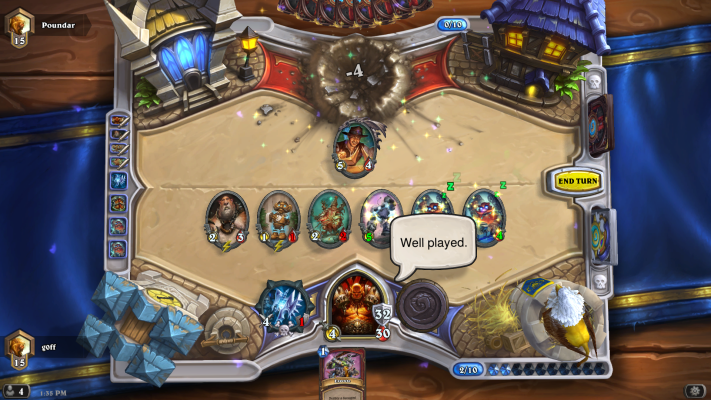 When we look back at 2014 five years from now, most of the games on this list will be distant memories, supplanted long-since by sequels, or otherwise relegated to occasional toplists and retrospectives, but people will still be playing Hearthstone. Blizzard’s elegant digital card game has reached over 20 million players worldwide in just one year, and built up a serious competitive scene in the process. This is impressive enough for the game industry, where new viable eSports are a rarity, but it’s an absolute sea change for the TCG market, which has been dominated by Wizards of the Coast and Konami for over a decade. A landmark title for more reasons than I can hope to list here, Hearthstone is the most important game of 2014, and – not insignificantly – my absolute favorite pass-time.