2015 is mere hours away, and I could not be more excited to say goodbye to 2014. A lot of things happened during the year that I liked, and a lot of things I didn’t. The games industry has plenty to prove after 2014 with numerous disastrous launches, delays and disappointments. Going forward into 2015 there are certain games I’d like to see announced, certain games launch, or specific things happen within the gaming industry. These are my wishes for the game industry; 15 for 2015. 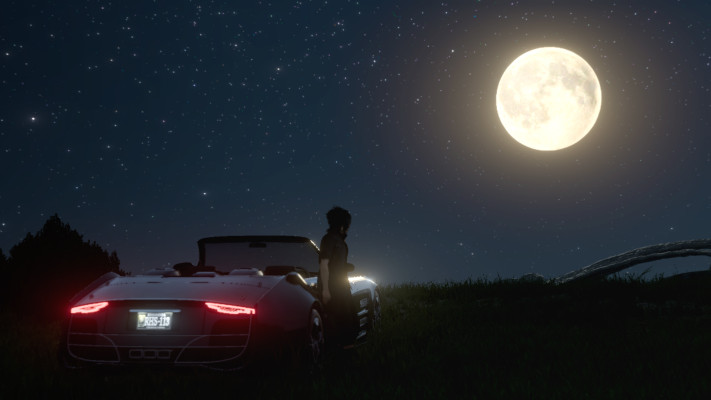 This seems nearly impossible seeing as we’re almost at the 10-year anniversary of the game’s announcement, but I feel fairly positive Final Fantasy XV might at least launch in Japan by the time 2015 ends. The fact that we’re getting a gameplay demo in 2015, the large amount of gameplay trailers released in 2014, and the fact that the English voice-overs are already done is enough evidence to suggest we’ll be playing Final Fantasy XV sooner than later. 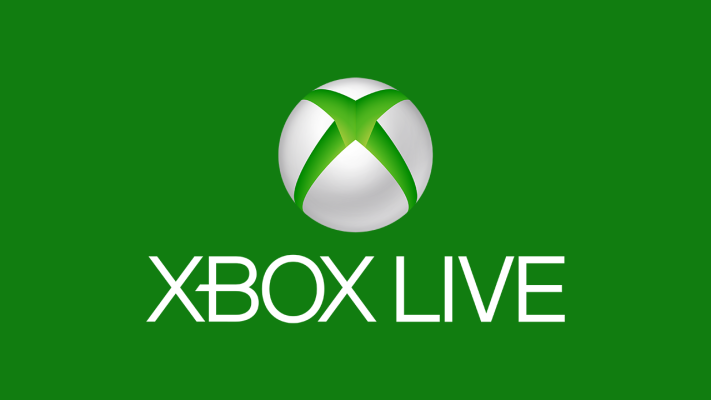 14. No More DDOS Attacks on PSN and Xbox Live

December 2014 was a terrible time to be a gamer. Not only did we have to contend with the buggy launches of DriveClub, Assassin’s Creed: Unity, and Halo: The Master Chief Collection, but we also had to deal with Lizard Squad who sought to ruin Christmas for so many gamers. With no purpose or intent, Lizard Squad bombarded PSN and Xbox Live servers with DDOS attacks. This crippled PSN and Xbox Live throughout the month, but also on Christmas Day when thousands of new PS4 and Xbox One owners were unwrapping their consoles. These consoles need firmware update to properly function, something that can’t be done if the consoles can’t connect online. We hope that in 2015 this malicious group stays away from PSN and Xbox Live. 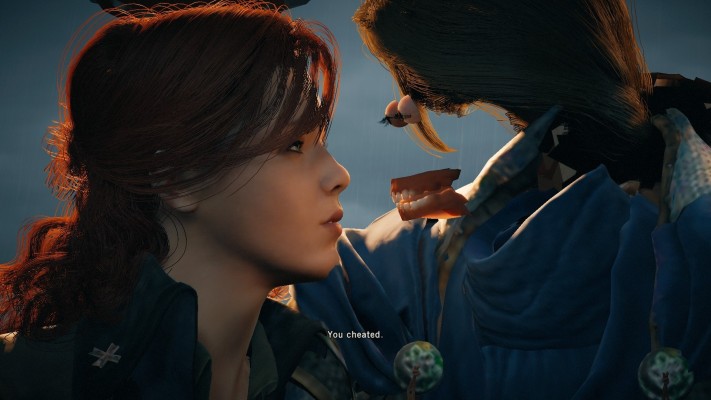 13. Assassin’s Creed: Victory to not be a Buggy Mess

Assassin’s Creed: Victory was rudely outed December 2014 as the next Assassin’s Creed game, and there’s one thing everyone is thinking right now; please don’t be like Assassin’s Creed: Unity. Unity was a broken wreck at launch. Riddled with bugs, glitches, a Co-Op feature that barely works, and a continuously dipping framerate, Unity is the poster-boy for how not to launch a game. True, the experience has gotten better with patches, but that’s no excuse for launching Unity in the state it was in. Victory cannot achieve victory if it is in anyway like Unity. Hopefully, with Ubisoft Quebec leading development, we won’t have to experience an Assassin’s Creed wreck two years in a row. 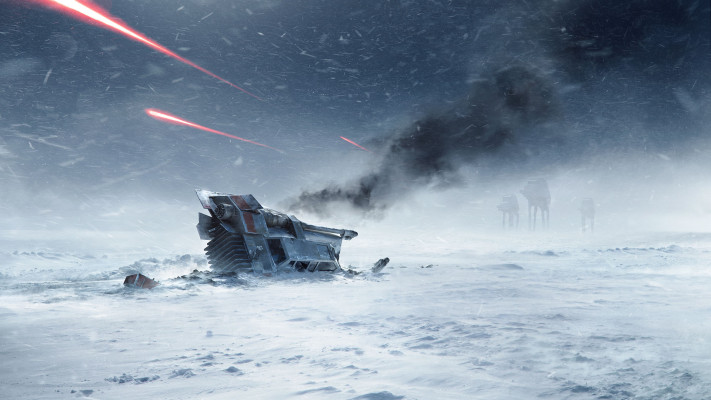 Dice is bringing their FPS expertise to Star Wars: Battlefront Holiday 2015. We can’t wait for them to use their knowledge harnessed over many Battlefield games to create the ultimate Battlefront experience. You know which Battlefield game Dice shouldn’t model Battlefront after? Battlefield 4. Undoubtedly the worst launch of 2013, Battlefield 4 was a huge mess with numerous bugs, glitches, and netcode issues. Nobody wants to open a brand new multiplayer game at launch and find out its unplayable. That’s what happened with Battlefield 4 and a whole bunch of games in 2014. In fact, let’s make 2015 the opposite of 2014 and have every game work properly at launch, please! 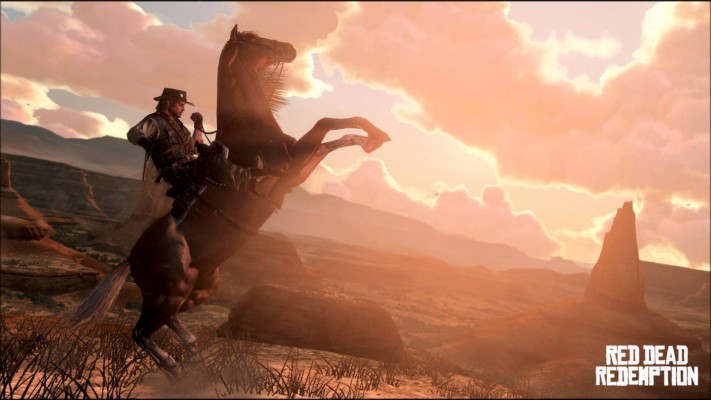 Grand Theft Auto V is out on PS4, Xbox One, PS3, and Xbox 360, and the PC version launches in January. With that out of the way its time to head back to the old west. Rumors concerning one of 2010s best games have been circulating for a while now, and its about time Rockstar reveals Red Dead Redemption 2. We know its happening, and with all versions of Grand Theft Auto V out in the wild the time has never been more right. We may be waiting years for the game to finally hit store shelves, but better knowing now then being left in the dark. 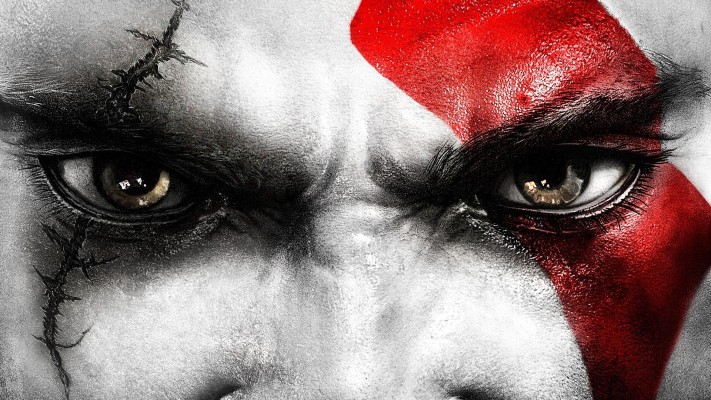 At the PlayStation Experience we learned that a new God of War game is in development, but that we might have to wait another year. However, that doesn’t mean we won’t get a teaser. God of War III’s teaser trailer went live June 2008, a full two years before the game hit store shelves. It’s been five years since we’ve gotten a proper God of War game, and many are itching to know what’s going to happen in Kratos’ next outing. Hopefully we’ll get a few hints in 2015. 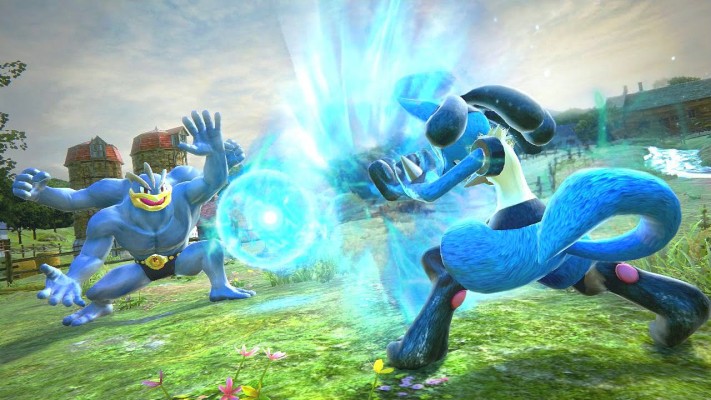 Nintendo and Bandai Namco shook the world of Pokemon in 2014 with the announcement of Pokken Tournament, a brand new fighting game. Obviously there was a lot of excitement over this cross-over, until we found out that it was going to be Japan-only. Even worse, it would only be released in arcades. We’re hoping that Nintendo and Bandai Namco announce this game for the Wii U, and that will launch in North America and Europe. 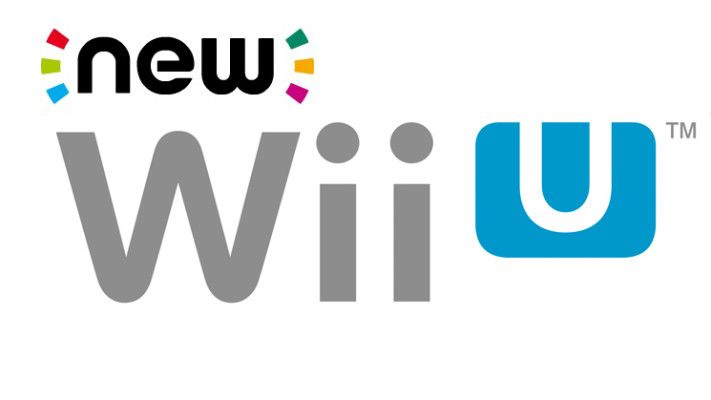 8. Nintendo Announces the New Wii U

The Wii U can’t compete with the PS4 and Xbox One as is. Basically a PS3/ Xbox 360, the Wii U came too late, and despite having the best first-party lineup in 2014, has failed to keep up with PS4 and Xbox One. It’s time for Nintendo to get on, or at least close to Sony and Microsoft’s level. The New Wii U could be a game changer with more power, a new elegant design, and the adoption of a more traditional controller. Perhaps it could be enough to draw back third-party publishers. We can’t expect a new console yet, but an update (like the New 3DS) could turn around the Wii U’s fortunes.

This may seem a little selfish, but I really want support for PS3 and Xbox 360 to end. It’s not that I don’t like the systems. I love them both and have cherished my time with both, but it is time for the industry to move. Continuing development on these old systems continues to hold back games like Call of Duty, Destiny, Battlefield, and Far Cry. Developers can’t properly take advantage of the extra power in these new consoles if they’re being tied down by PS3 and Xbox 360. Now, developers can make last-gen exclusive games like Assassin’s Creed: Rogue, but cross-gen development needs to stop in 2015. 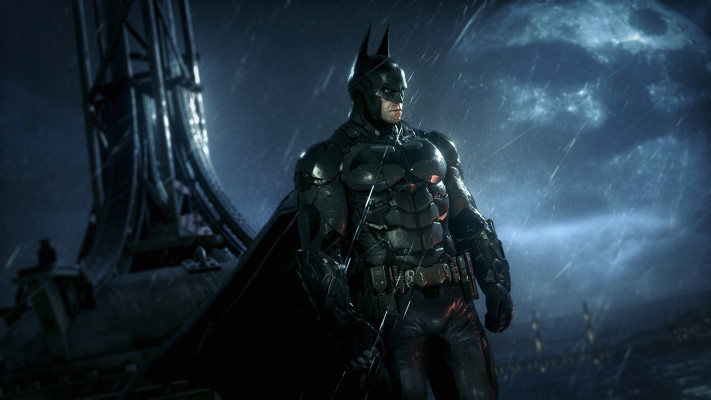 Expectations for Batman: Arkham Knight were already high before the game was delayed to June 2, 2015. Now, expectations are even higher. With all this extra time, we’re hoping for the most polished, visceral, and grand Batman experience ever. Batman: Arkham Knight looks set to meet these expectations thanks to a large amount of secrecy surrounding the game. Despite being a high profile game, Rocksteady has been very careful about how much information we get out of each trailer and press release. The story, Gotham City, the Arkham Knight and Scarecrow’s plans remain wrapped in secrecy, and it will be unwrapping those secrets that’s going to make Batman: Arkham Knight hard to put down. 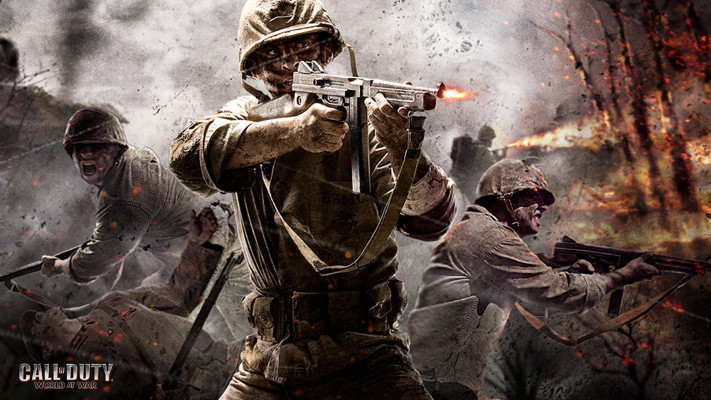 Back in 2007 we were all tired of World War II, and the jump to Modern Warfare was fresh and exciting. The opposite is true today. We’re tired of Modern Warfare and semi-Future Warfare. It’s time for FPS games to try something new, by going into the past. Rumors have been floating around for a while now that Treyarch’s next Call of Duty game would return to World War II, something I very much hope for. We need a change, and sometimes that change can be found by returning to your roots. 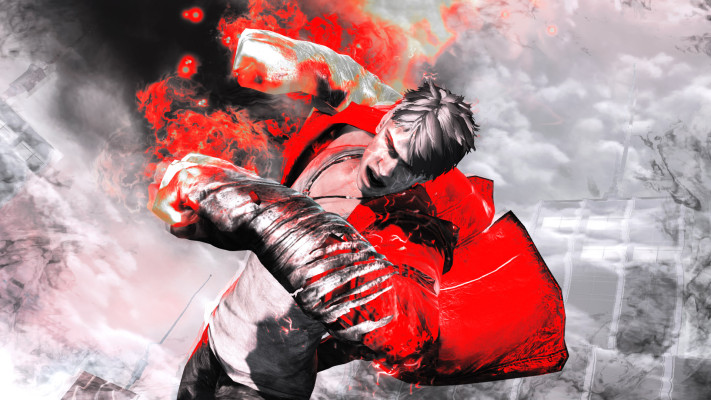 2014 got a pass because not a lot of original content for PS4 and Xbox One was being released until the final quarter of the year. 2015 is different, because now we’re starting to see development for these new platforms ramp up. There’s no need to see teams waste their time to bring games only a few years old to these new consoles. Already we have DmC: Devil May Cry Definitive Edition, Devil Mary Cry 4: Special Edition, Saints Row IV: Re-Elected, Dead or Alive 5: Last Round, and Final Fantasy X/X-2 HD Remaster among others. Now there are some exceptions for games that were only released on one platform (Resident Evil Remake HD), or games you can’t get anymore because they’re so old (Grim Fandago: Remastered). Other than these few exceptions, enough is enough! 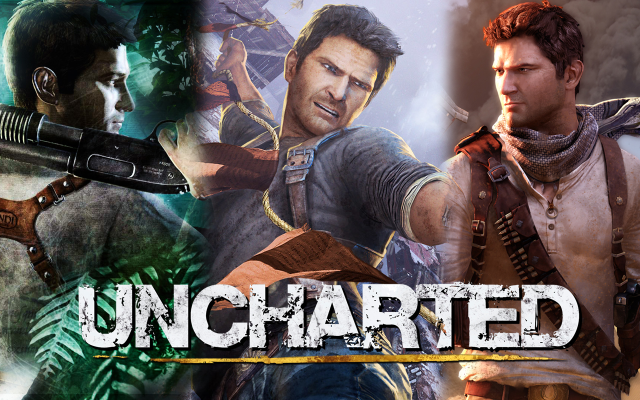 3. But Uncharted and Gears of War Collections Would be Nice

A bit hypocritical perhaps, but at least two Uncharted games and one Gears of War game could use some serious updating. Both Uncharted: Drake’s Fortune (2007) and Gears of War (2006) are horribly outdated compared to modern standards. It would be cool to see these games redone with modern gameplay and graphics. Uncharted: Golden Abyss (2012) was released on the PS Vita. Seeing it remade for PS4 would be sweet as pie. Personally, I’d love to see the collections bundled together ala Halo: The Master Chief Collection. Uncharted: The Nathan Drake Collection and Gears of War: The Locust War Collection would be so cool to have. 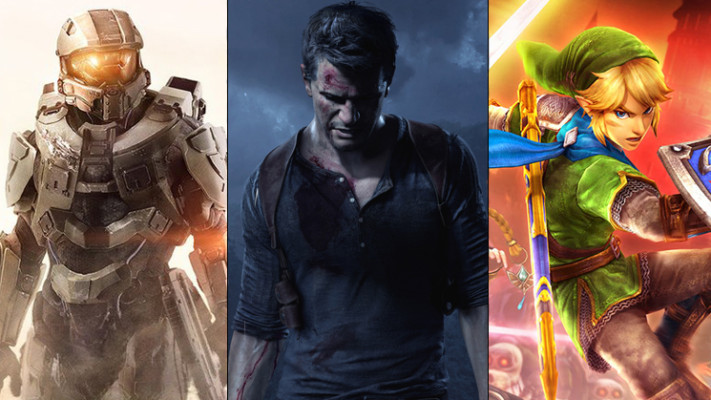 2. Uncharted 4: A Thief’s End, Halo 5: Guardians, and The Legend of Zelda U to be Amazing 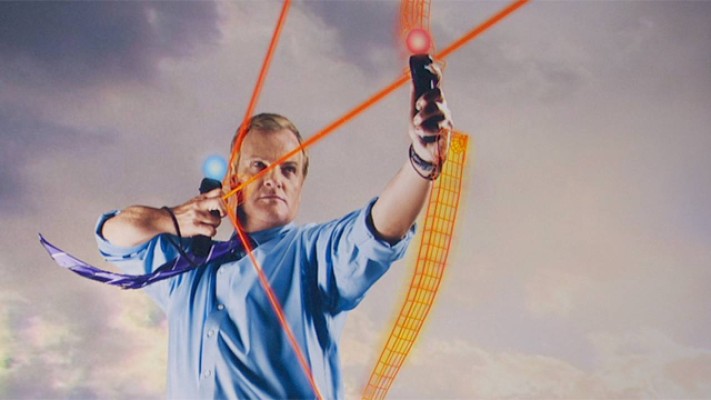 Something I liked about E3 2014 is the strong focus the big 3 had on gamers. Sony, Microsoft and Nintendo all focused on delivering the games that we, the gamers, want to play. Aside from Sony getting a little sidetracked, E3 2014 ended up being one of the better shows in years. Let’s keep that up going into E3 2015.