While most of my fellow editors have taken this opportunity to look back fondly at the year that was in gaming, I instead opted to put on my hazmat suit and a snorkel and go dumpster diving at the year that shouldn’t have been. Consider me your FDA inspector of all things gaming related, pointing out what you shouldn’t consume because it has traces of spider eggs and hedgehog quills in it. Now, although I have played many truly terrible titles this year, I have by no means played them all as even I can only handle a certain level of punishment before I need a palette cleanser to remind me that not all games were made with the intent of making children cry. Feel free to let me know in the comments below which other (un)worthy games this year were equally deserving of scorn. 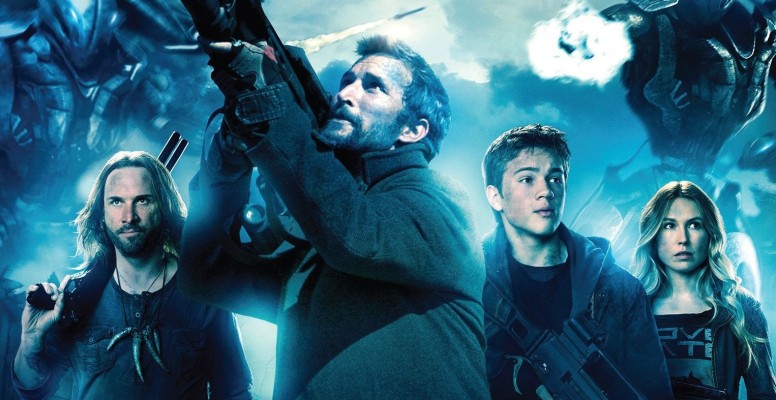 Usually when a company vomits up a bad licensed game the motivation is pretty clear. They want to cash in on a popular name as quickly as they can and get out of town before the angry villagers show up to their door with their pitchforks and torches. Falling Skies: The Game clearly couldn’t have been one of those kind of titles, because nobody, not even the two people that watch the show, wanted a video game adaptation. Instead, it was just a dedication to bad made by some people that must’ve really hated the television show and came up with a devious way to undermine it.

Falling Skies: The Game was one of those games that just appeared out of nowhere without any fanfare at all, and after playing it for five minutes it quickly became clear why. If this game had been released in 2002 it would have felt dated, and to plop it out on the market now feels like HBO releasing the next season of Game of Thrones only on VHS. It was just a slow, plodding RTS title trying its hardest to just be a dumb clone of XCOM and failing at even that. The enemy AI also seemed to be suffering from a pretty serious concussion and never really wanted to fight until you ran up to it, shook it around for a bit, and spat in its face. This is an RTS for people that hate RTS games and really just wanted to go to sleep instead.

I don’t know how this keeps happening to me. Year after year new Sonic games keep coming out, and year after year I keep ambling back to the series like an amnesiac that keeps wandering in front of a pitch machine only to get pelted by another fastball to the head. I blame Sonic Colors. One good Sonic game comes out in the past two decades and suddenly I’m that idiot that keeps sticking his hand into a rat trap thinking that maybe this time it won’t hurt. Sonic Boom: Rise of Lyric at least had the decency to warn us it was going to be terrible by giving characters a redesign so awful Michael Bay wouldn’t make a movie out of them.

It is just a known fact at this point that the writers over at Sega should never be allowed near words, as they wield a story like a toddler wields a chainsaw and as soon as you put the game in the console you just know the entire thing is going to end in tears and blood. Every time a character made a pitiful attempt at a joke I could hear my Wii U trying to shut itself off out of embarrassment, and even by Sonic standards the writing in this game is terrible. The plodding and repetitive gameplay also makes it feel like no one on staff knew why people used to like Sonic games and the biggest challenge in the stages usually comes from trying to muster up the effort to care enough to switch to whichever character you need to get past the character specific obstacle the game has thrown your way now. We’re one game into this revamp, and already this series is in a desperate need for a revamp.

You could melt a potato and generate a close proximity of Sylvester Stallone’s face these days, so the fact that Rambo in the game Rambo: The Video Game looks so absolutely abysmal that I think Stallone could win a defamation of character lawsuit tells you the kind of company we are working with here. The game itself ignores the most recent movie and instead focuses on the three older (and better) films because you know the best time to capitalize on a film’s hype is a good two decades after it first hit theaters. You need to give that hype some time to boil, and boil this game did, like a tire slowly roasted so you could smell the stink coming a couple miles away.

This is an on rails shooter that somehow messes that up. I thought all you needed to make a rail shooter halfway decent were people to shoot and stuff to shoot with, but Teyon took to ruining that formula with a tenacity most companies put into actually trying to turn a profit. Occasionally, when you are curled up in the fetal position on the floor and crying for the rail shooting to just end already, Rambo: The Video Game offers you a hand to pull you up from your despair. And, like an idiot, you take it only for the game to spit in your face and throw you through what is essentially an extended QTE sequence just so it can watch the hope slowly drain from your eyes. I refuse to believe a team of people with an education and a background in video games made this. More realistically, this was put together by Sylvester Stallone himself in his basement over a long weekend. 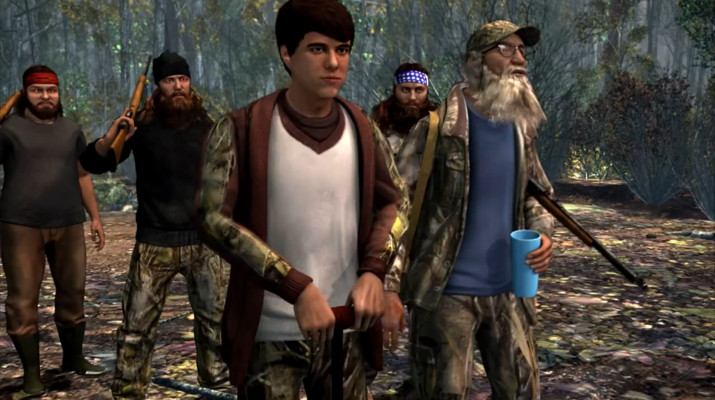 The lesson this year is that if someone needs to slap a “The Game” at the end of their title name, it is most likely because they needed some way to quickly identify it as something other than the toxic medical waste it appeared to be. Duck Dynasty: The Game is one of many truly awful licensed titles to be released this year, and the one who’s terribleness was the least surprising. It is a show where a bunch of multi-millionaires pretend they aren’t a bearded version of the Kardashians while they set about on their mission to kill all the ducks. Duck Dynasty: The Game is a game based on the show Duck Dynasty. That’s all you need to know about it to understand how awful it is.

Of course, the core of the game is shooting ducks, something the game handles worse than the original Duck Hunt. This time though, instead of a dog popping up to laugh at you it is the publishers holding your money and wondering what other dumb stuff they can get you to buy. There are also rhythm and boating segments that are somehow worse than the actual duck shooting. Duck Dynasty: The Game is to video games as Duck Dynasty the show is to television, and its only saving grace was the “press x to condemn homosexuality” minigame was cut from the final version.

1. The Letter
(Wii U, TreeFall Studios) 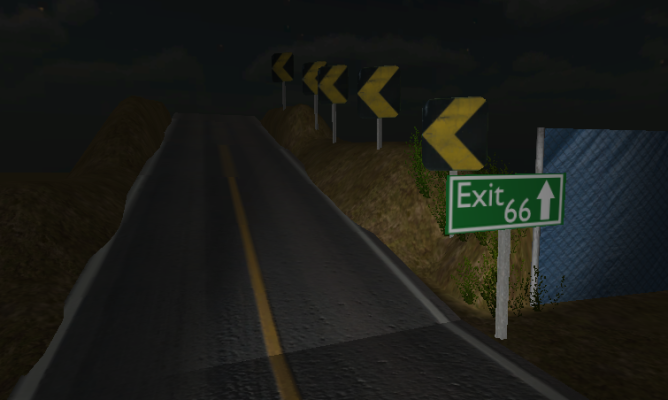 For me to call The Letter the worst game of the year seems a bit like cheating, because The Letter isn’t even a game. If we expand the definition of game to include The Letter we also have to include the menu screen for Blu-rays as they are longer and include more gameplay. Had a deranged scientist dedicated his life to teaching a group of monkeys how to program a game, and after five years of work the monkeys had managed to make The Letter, he would consider his experiment an abject failure and shoot the monkeys.

I am almost certain that this was initially just a scam on Indiegogo but things spiraled out of control and TreeFall Studios decided to see what kind of game they could develop on a Tuesday night after their bowling league had finished. I’ve seen third grade diorama projects with more impressive visual qualities than this game, and the entirety of the gameplay is slowly walking around for twenty minutes looking for objects the game only vaguely hints at. There is not a single redeeming feature in any aspect of the game and anyone who willingly bought The Letter should now be legally forbidden from adopting children or owning pets as they have demonstrated a lack of judgment that is borderline criminal.

Even amidst all the terrible games this year, The Letter stands head and shoulders above its competitors. It is a golden diaper shimmering upon a hill of trash, and is not only the worst game I played this year, but probably next year and for years to come.