Certain members of Club Nintendo in Europe will get the opportunity to obtain a limited edition bundle featuring the new 3DS. The Ambassador Edition comes with customizable cover plates including a Super Smash Bros. theme for the front and back of the handheld as well as a charging cradle.

Nintendo says only members who meet a certain criteria will be offered an invite to purchase the 3DS. There’s no word on what those stipulations are however. The best news for everyone able to get it though, is that the 3DS will be available for them later this month. Those of us not living in Europe or don’t meet the standards, will have to wait until later in the year to be able to pick up the new 3DS. 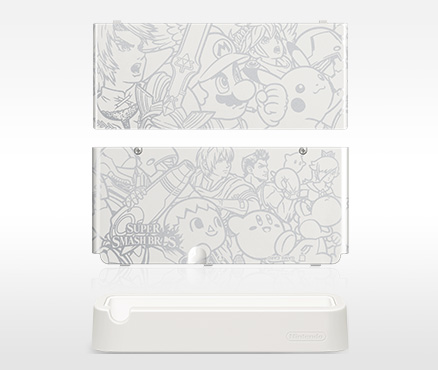 Club Nintendo has been severely lacking in the cool, exclusives department as of late. At least they came out with some great items last month. Perhaps this is a change of pace for the company. An entire handheld console is a much better reward than Nintendog Greeting Cards.