Nintendo has announced an a limited-edition bundle for the upcoming The Legend of Zelda: Majora’s Mask 3D, featuring the game and an exclusive Skull Kid figure. The bundle will be available for $49.99, and is set to launch alongside the standard version of the game in Spring 2015.

Back in November, Nintendo opened its last Nintendo Direct of the year with the enormous reveal of The Legend of Zelda: Majora’s Mask 3D, a handheld remake of the N64 cult classic. It’s a game fans have been demanding for years, and the excitement ignited by the announcement quickly took hold of Nintendo fans across the globe. However, Nintendo made no mention of a collector’s edition in North America, despite its European branch receiving a sprawling package that made us more than a little jealous.

It’s nice to see Nintendo finally showing its North American fans some limited-edition love, but some will wonder why the Skull Kid figure isn’t an amiibo. It seems a missed opportunity to expand the incredibly popular line of NFC figures the Japanese company launched last November, but perhaps it’s waiting to release figures from other games until it finishes its line inspired by Super Smash Bros. Either way, you can check out the beautiful limited-edition Majora’s Mask box art below: 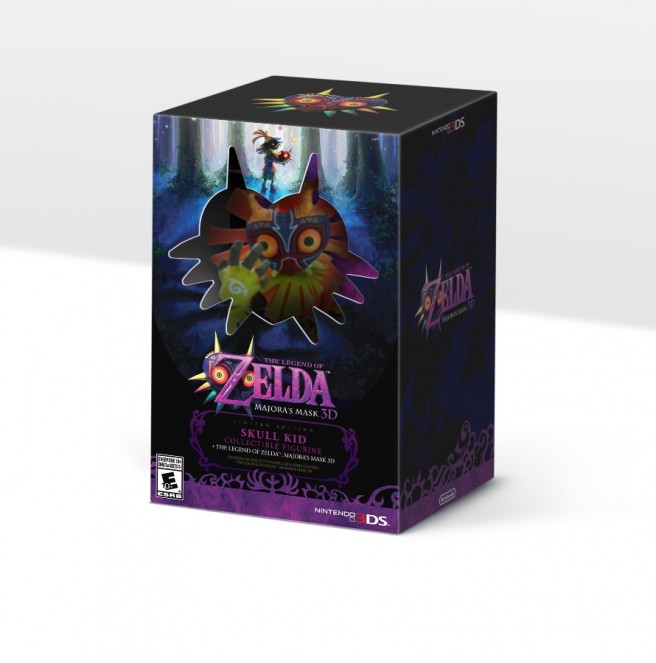