We’re going to start this out by telling you take this with a huge grain of salt. According to Bill Farmer, the voice behind Disney’s Goofy, Kingdom Hearts III will launch in 2015.

Kingdom Hearts fansite KH13 collected a long list of Tweets the actor made today regarding the hotly anticipated title. Farmer revealed that he has completed recording his dialogue for the game, and was told that Kingdom Hearts III would release this year. You can check out all the Tweets below.

This seriously does need to be taken with a huge grain of salt, as this completely contradicts what Director Tetsuya Nomura has been telling us since E3 2013. According to Nomura, Final Fantasy XV is farther in development and is supposed to launch before Kingdom Hearts III. It’s possible that Mr. Farmer is mistaking Kingdom Hearts III for Kingdom Hearts 3D: Dream Drop Distance, which is rumored to be making its way to the PS3. Like with Kingdom Hearts: 358/2 Days and Kingdom Hearts Re: Coded, new scenes could have been recorded for the PS3 version. Square Enix and Disney have yet to comment on the Tweet, but you can bet we’ll let you know should either party release a statement. 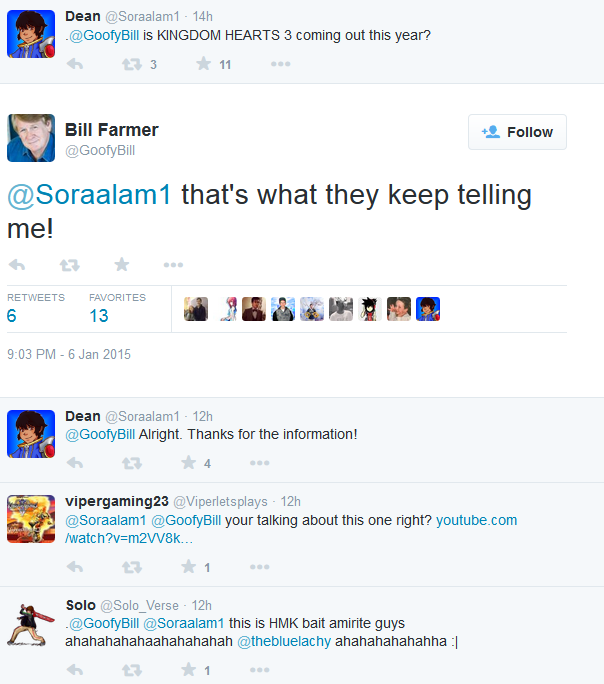 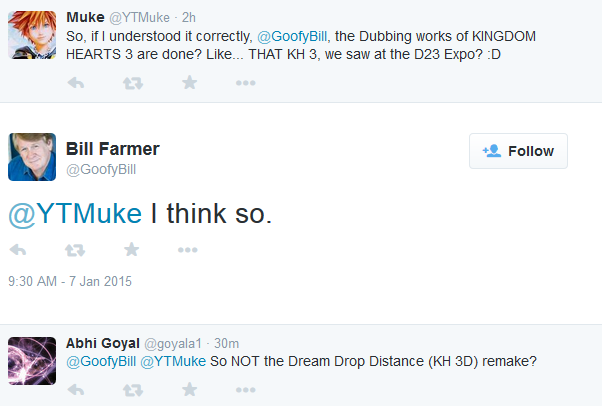 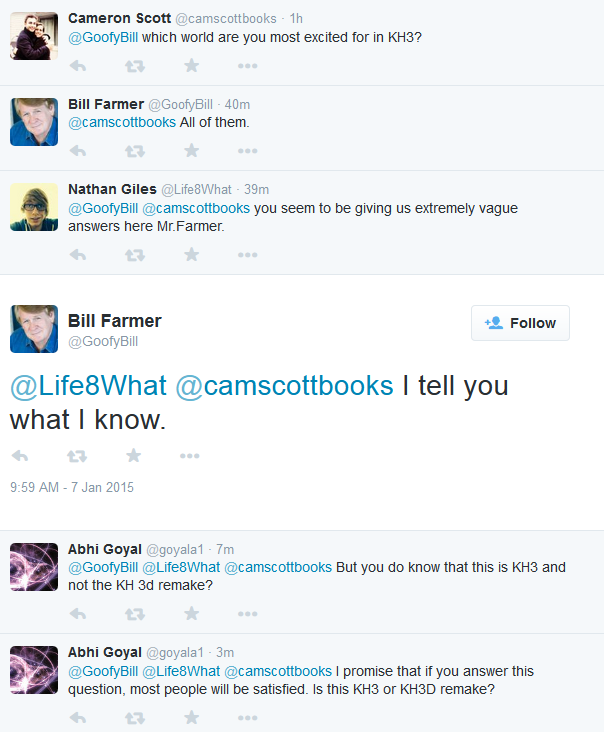 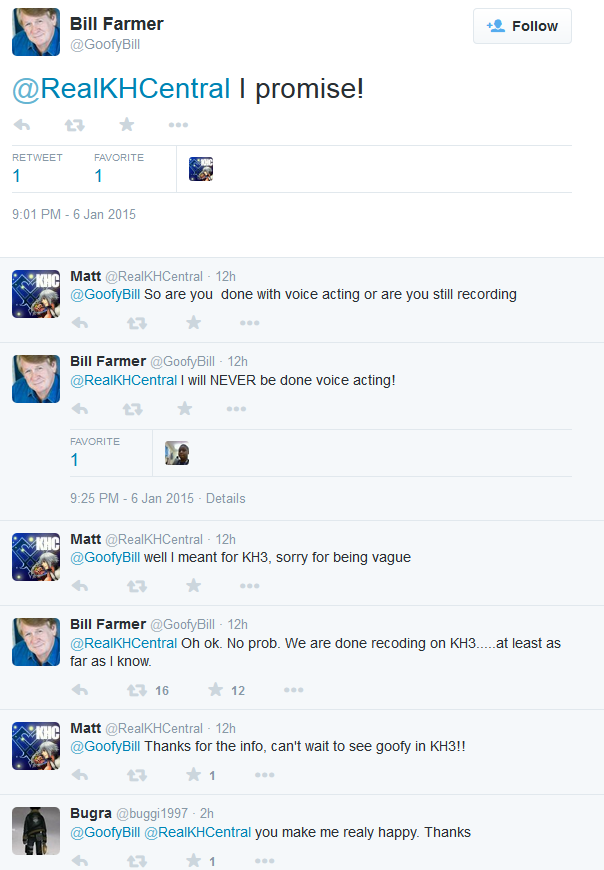 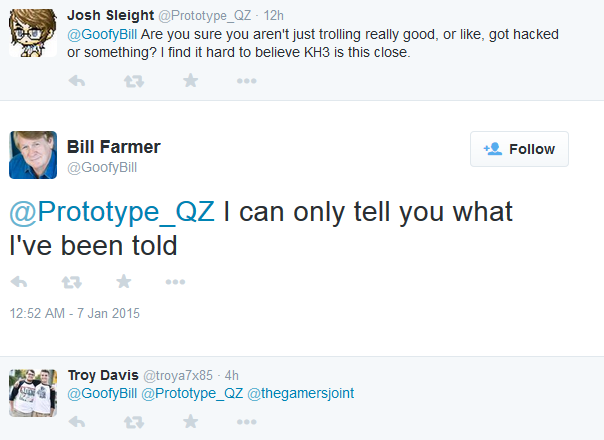