Now that our Game of the Year Awards are out of the way, it’s time to take a much needed rest and…ah, who are we kidding? We might have just kissed the best of 2014 goodbye, but we’re already rearing to check out the best of 2015. As such, we’ve put our heads together to come up with our top ten most anticipated games of 2015. With at least half of 2014’s games delayed into they year, 2015 is shaping up to be one incredible year. 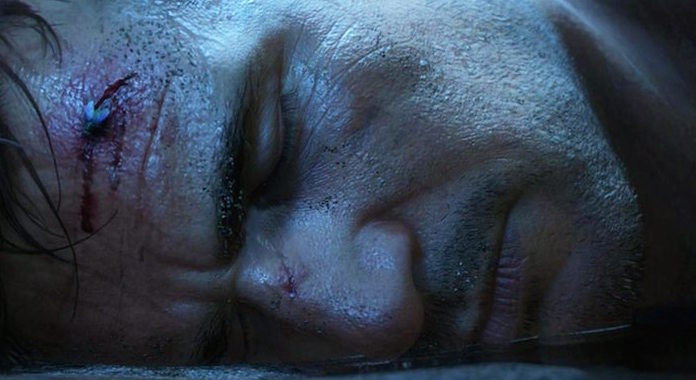 Naughty Dog is widely considered to be one of the best development studios in the business, so it’s no surprise to see their next major title on this list. Uncharted 4: A Thief’s End has the potential to be a number of things: the best-looking AAA game of all time, the best game on the PlayStation 4, and the latest tally mark on Naughty Dog’s impressive list of successes. A great deal of mystery surrounds Nathan Drake’s latest adventure: is this Naughty Dog’s last Uncharted game? Will the darker tone we’ve heard about make for a better product? Will the PlayStation 4 find itself flying off shelves at an even faster rate this Fall? Will Naughty Dog do the unthinkable and kill off their beloved hero? The PlayStation Experience demonstration showed the world that this is going to be an adventure unlike what we’ve seen in the past, with larger, open areas potentially replacing the linear corridors we’ve come to know and love. When it comes to Uncharted 4, one thing is certain: this is one first-party title that anyone with a PlayStation 4 cannot afford to miss. 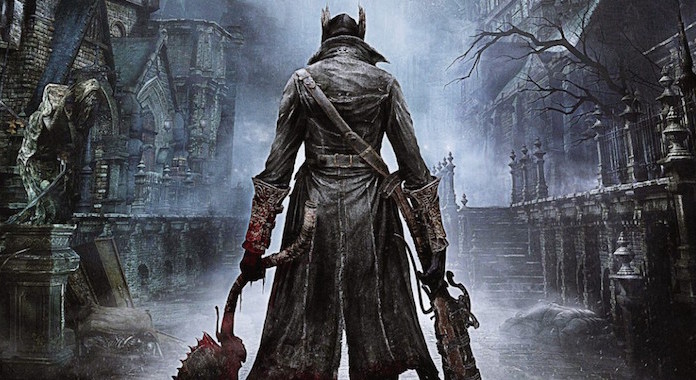 Bloodborne, FromSoftware’s fourth foray into the Souls series, is easily one of our most anticipated titles of 2015. After its announcement at E3 Souls fanboys immediately went crazy about the next (unofficial) installment. Mostly known for its brutal and challenging combat, Bloodborne will continue that in this Victorian style realm of punishment. Coupled with the fact that the progenitor, Hidetaka Miyazaki, will return to the director position the excitement couldn’t be any greater. Bloodborne is due to release March 24, 2015. Will you be ready to face your fears? 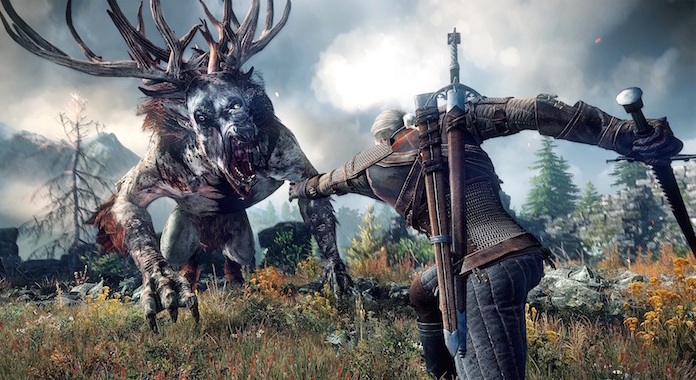 The Witcher series got its start as the go-to RPG for high-end PC gamers, and as a result it’s sort of flown under the average player’s radar. The Witcher 2 garnered a lot of acclaim and some impressive sales when it debuted on Xbox 360, but the franchise looks like it’ll really come into its own with the third installment, Wild Hunt. CD Projekt Red has put a lot of man hours into constructing one of the biggest, most open-ended worlds in role playing history, and they’ve populated it with intelligent NPCs that react to your every decision. They’ve also worked to ensure that the action is more engaging than ever before, taking the more streamlined combat system from from the second game and layering on swimming, horseback riding and platforming mechanics that are described as “similar to what we have in Uncharted.” If the Polish studio can pull off this ambitious vision – and every other game they’ve made indicates they can – then the Witcher 3 could be poised to steal Dragon Age Inqusition’s shiny new genre crown. 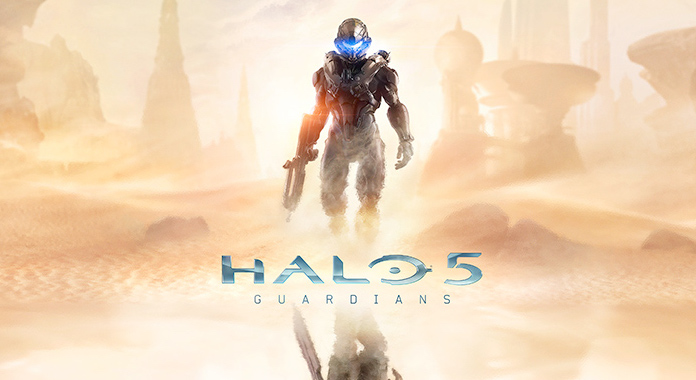 The Xbox brand itself probably wouldn’t be where it is today had it not been for the historic release of Halo: Combat Evolved as a launch title. Xbox Live wouldn’t have its immense audience had it not been for Halo 2 and its game changing multiplayer. Halo kept a consistent presence on the Xbox 360, mostly retaining and expanding upon what worked. With the Xbox One now in full force, and Master Chief Collection serving as an apt reminder of the series’ rich and cherished legacy, the stage has now been set for Halo 5. It almost feels like everything since the original Halo has been leading up to this, and with everything being so hush hush, it feels like the silence before a great storm. The Xbox One no doubt had its ups and downs, but it’s almost certain that Halo will change the game once more when Halo 5 lands in the 2015.

6. The Legend of Zelda Wii U 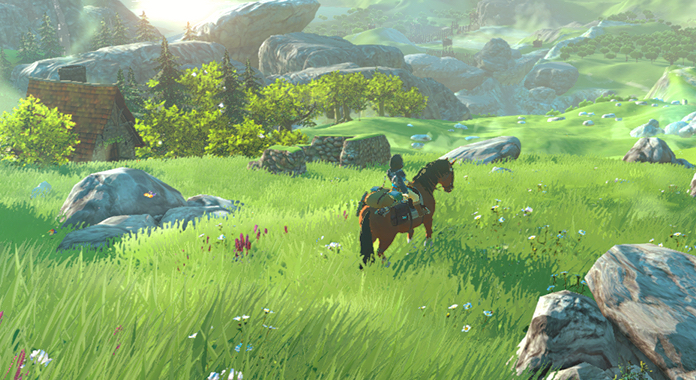 A new Zelda is always worth looking forward to, and if not all of them end up being as great as hoped for, enough do to justify the anticipation.  The next major game in the series is coming this year as a flagship title for Nintendo’s revived console, and while little is known about it there’s still plenty to catch your attention.  The biggest upgrade for The Legend of Zelda (which is as much of the final title as Nintendo has revealed) is its world, which is now a giant, sprawling landscape more similar to Just Cause than Wind Waker.  The switch to a true open world brings with it a more player-defined approach as well, with Nintendo promising that dungeons can be approached in varying order as the player runs across them.  Also in classic open-world fashion, Zelda will have tons of side-quests to encourage people to wander off the main path, letting them complete a few small things in a quick sitting or a few hundred in a longer one.  It should be a lot of fun to explore Link’s newest world riding Epona, who’s smart enough not to run into trees so you can concentrate on fighting or sightseeing instead of steering, getting completely sidetracked by whatever catches your eye on the way to the next player-defined waypoint.  The Legend of Zelda will be Nintendo’s first truly open-world game since the original Zelda, way back on the NES, and it looks to take all the tricks the genre has developed over the years and integrate them into the biggest, most sprawling Zelda ever. 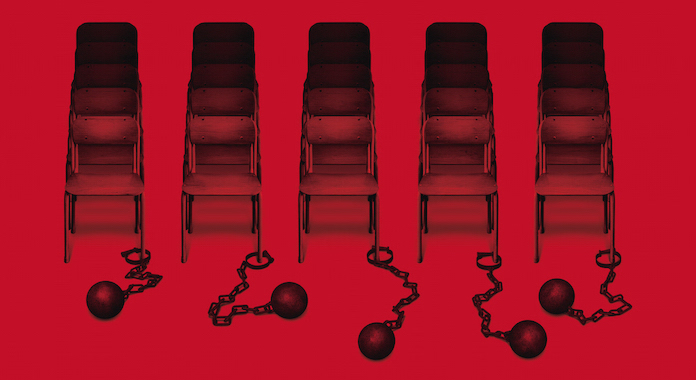 Despite being around since the PlayStation 1 era, the Persona series only began to hit its stride in North America with the release of Persona 3 and 4. With a massive, and sudden, increase in fanbase it only made sense that Persona 5 would make its way West when it was ready. Unfortunately, fans have had to wait impatiently since 2008, but it appears that wait is nearly over with Persona 5 now set to launch in 2015. What will the story focus on aside from the continual focus on teenagers? That information is still carefully guarded but we can all expect an intensely good JRPG once Persona 5 finally arrives on PS3 and PS4. 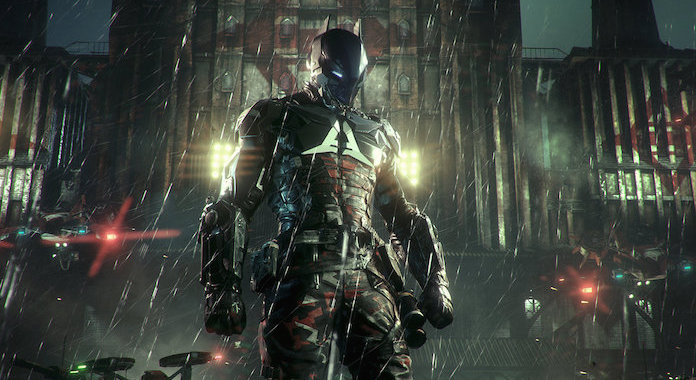 There’s a good reason why fans were upset when Batman: Arkham Knight was delayed from fall 2014 to June 2, 2015; they were excited for it. Everything we’ve seen screams quality, and Rocksteady’s past efforts (Batman: Arkham Asylum and Batman: Arkham City) remain some of the best superhero games ever made. 2014’s loss is 2015’s gain. There’s still so much about Batman: Arkham Knight we don’t know, and that makes it all the more exciting. Who is the Arkham Knight? Is Scarecrow the true main antagonist? What is his and the villains plan for Gotham City? Will all our favorite characters make it out alive? It’s this secrecy that’s driving us batty and making it difficult to wait till June. Plus, the delay gives Rocksteady and Warner Bros. plenty of time to polish and eliminate bugs. 2014 will go down in history as one of the worst years for AAA game launches with products rushed out the door. There’s no guarantee that Batman: Arkham Knight will work at launch, but everything we’ve seen so far looks promising. Here’s to the Dark Knight in all his 2015 glory. 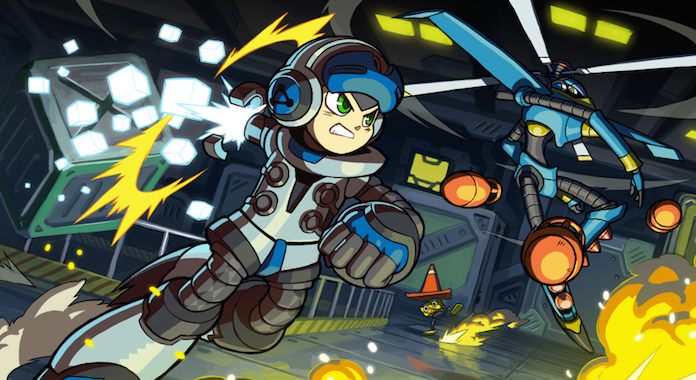 Capcom’s decision to do nothing with Mega Man made its fans sad, but Keiji Inafune and his team at Comcept revived the Blue Bomber’s gameplay style with a new character. Beck and Call will be coming to every major platform in 2015 and after a playable cameo of sorts in the demake of Azure Striker Gunvolt on the 3DS, it’s clear to see that fans will be pleased. Beck plays differently enough from Mega Man while retaining the buster and same timing-based platforming action. 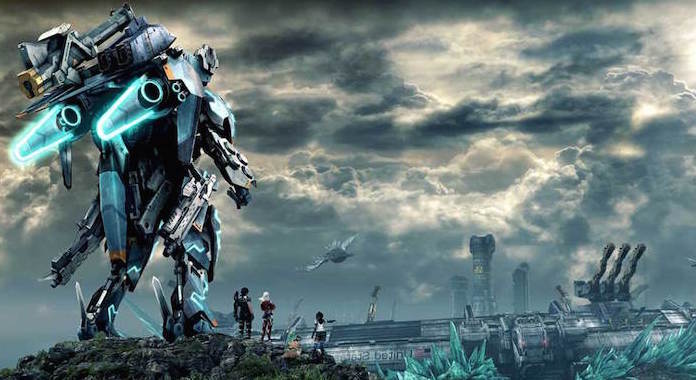 With Xenoblade Chronicles X, Monolith Soft looks to follow up one of the most highly regarded RPGs of the last generation, Xenoblade Chronicles. Designed to offer a vast open world with “seamless exploration,” the game looks to combine a deep, sci-fi story with action-packed, real-time combat, all while taking full advantage of the Wii U’s meatier graphical abilities. The first Xenoblade Chronicles was praised for its forward-thinking design and respect for the history of the genre, and this Wii U exclusive sequel appears equipped to go above and beyond those already lofty accomplishments. With promising mechs, monsters and a cast of memorable characters, we absolutely can’t wait to experience Xenoblade Chronicles X. 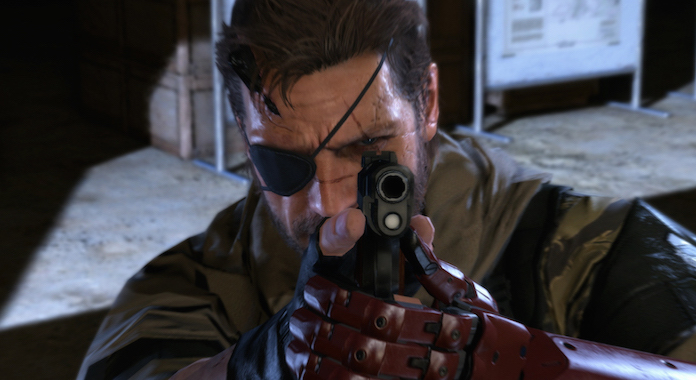 Metal Gear Solid V is one of those rare hopefuls that manages to increase anticipation with every new bit of info. If you played the amazing Ground Zeroes, you’ll understand why we’re so excited for Big Boss’s return. Open-world sneaking, real-time weather and fresh new mechanics smash down the walls that the series has had since Day 1. Stealth is reinvented in a bold new way, with a huge world and new paths to explore, all with Big Boss’s increased repertoire of moves and gadgets. This is a new breed of Metal Gear, one of the most evolutionary takes on the genre seen in ages. Kojima’s vision of true innovation for his beloved franchise is finally becoming a reality. Metal Gear Solid V: The Phantom Pain is already shaping to be not only one of 2015’s best, but one of the strongest next-gen statements for this budding generation of consoles.