Virtual reality isn’t new. Hell, I’ve been on its occasionally embarrassing bandwagon since the mid-’90s. Granted, my Virtual Boy purchase — and subsequent bragging of said purchase — did me no favors in school (nor did my eyeballs looking like “Cheech” Marin’s), what with the constant ridicule and daily detention. Still, my only regret remains not stockpiling copies of Waterworld (not the Kevin Costner with a ponytail Waterworld, but the oh-god-my-eyes-are-bleeding Waterworld) for the inevitable online price boom.

Despite my rocky relationship with VR, I’ve kept a hopeful watch on its rise (and fall, and rise, and fall, and rise again), the most recent being the Facebook acquired Oculus Rift. I still believe the future holds great things for the technology behind the concept, even beyond the realm of gaming. And with that said, listed below are four playable reasons to own the Oculus now. No, they’re not the best examples of its technological prowess. And no, they’re nowhere near perfect. They are, however, worth exploring if — like me — you couldn’t stop yourself from wasting money. 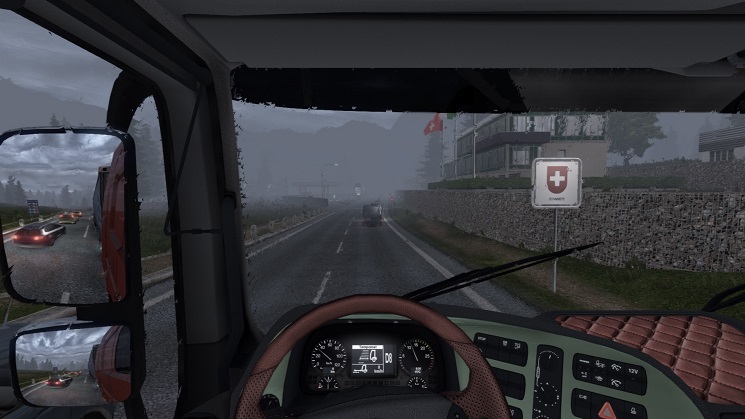 Truck driving doesn’t ordinarily make for an exciting experience (unless you’re watering pedestrians with a firetruck or swallowing so many pep-pills that everything but the tarmac is lava and the sidewalk’s the only safe zone). Euro Truck Simulator 2 is different, though. Sure, you’re still trapped in a miserable cockpit as depressing scenery zooms by the periphery of your vision. And sure, it’s about as action-packed as a Nicholas Sparks novel (excluding Miley Cyrus’s The Last Song, of course), but the sheer realism makes every dismal moment special.

So what will you be doing in Euro Truck Simulator 2? Well, you’ll be delivering goods. In a truck. In Europe. Again. At first, as a slave to a lack of finances, you’ll make paltry runs for pocket change. This part of the game is boring. Seriously, on the fun-scale it sits between being bedridden with mumps and bird watching in Maine with a partner that’s bedridden with mumps. Eventually, however, you’ll unlock skill points (allowing for sensitive loads, longer distances, etc.), purchase and upgrade trucks, hire drivers and become a trucking force to be reckoned with across 77 cities in thirteen different countries. It’s weirdly exhilarating, and all the better with Oculus Rift — which, as expected, makes the rush of driving cross-country nauseatingly authentic.

This is all assuming you don’t drive a big rig for a living. In which case, why the hell are you playing a truck simulator idiot? Go back to listening to 80’s country music, peeing in empty soda bottles and exploring the minefield of truck stop bathroom phone number opportunities. 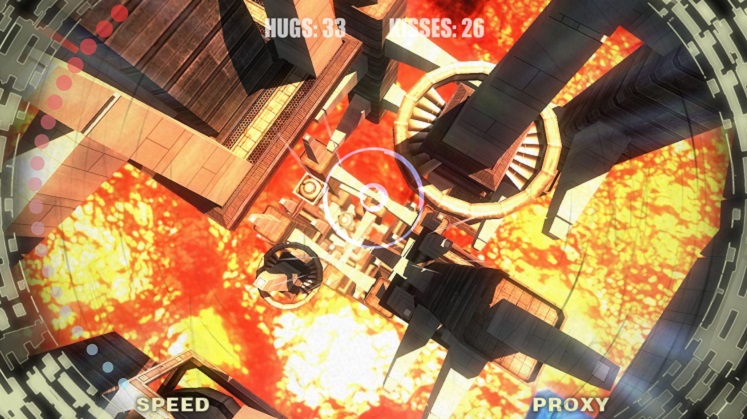 In the Cooper household, falling is only a game when someone is being klutzy enough to warrant some cash bet exchanges. Otherwise, it’s just an expensive hospital visit (we’re all pretty heavy). AaaaaAAaaaAAAaaAAAAaCULUS!!!, on the other hand, is far less damaging to both the body and psyche. In a nutshell, it’s a game with a terrible name about jumping headfirst down a building and amassing as high a score as possible. In another shell that isn’t of a single-seeded fruit variety, it’s a lot more fun (and terrifying) in virtual reality. The implied scream in its title becomes a frightening reality as you muster every ounce of strength not to vomit uncontrollably all over your friends, family, pets, girlfriend (possibly ex-girlfriend following the puke-shower) and, most importantly perhaps, computer.

So what will you be doing in AaaaaAAaaaAAAaaAAAAaCULUS!!!? You’ll fall, of course! And while falling, you’ll earn points for kissing walls, spray painting buildings, flashing amusing or rude gestures at spectators and not dying a horrible, messy death. There’s a leaderboard, various obstacle-types to keep things fresh and a sense of freedom that normally ends with a loud splat and candlelight vigil. Couple the rush of experiencing near-death accidents every few seconds, destroying your friends’ scores and delightfully bobbing your head as your mind slowly adjusts to an eye numbing drop, and you have yourself a cocktail for a fun afternoon. Just don’t play after drinking a real cocktail.

This is all assuming you aren’t planning to kill yourself by way of high-drop. In which case, reconsider the whole suicide thing. Life isn’t so bad once you make peace with the fact that it’s actually really, really, really bad. 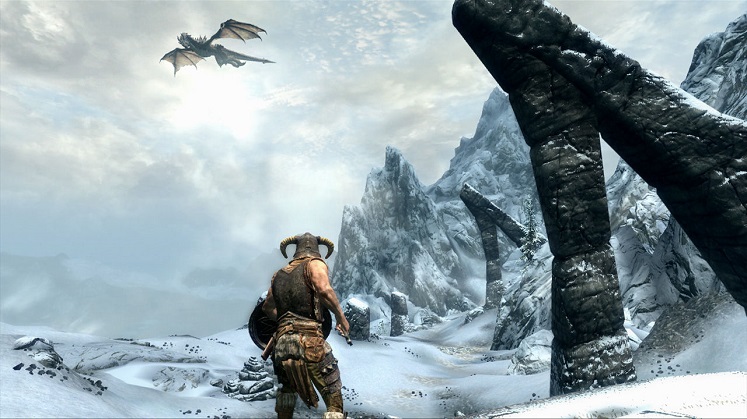 Bethesda’s open world RPG isn’t as exciting an adventure with Dragon Age: Inquisition having released recently, but the ol’ girl still has her place on your PC if you’re into fighting dragons in virtual reality. And that’s really all you’ll do before an “arrow to the knee” comment reminds you that Skyrim burnt its wick over a dozen playthrough’s ago. That said, its massive world and impressive — albeit generic — quest count isn’t something you’ll be able to ignore as you delve into ancient ruins and amass a useless fortune that somehow makes you feel better about the hundreds of hours you could have spent repairing your broken relationship, moving out of your parent’s house or finding a “real job.”

So what will you be doing in Skyrim? Accumulating a vast collection of cheese wheels, wearing sexy armor, killing dragons, killing other creatures that aren’t dragons, hearing about guards’ damaged knees so many times that it becomes a relevant meme again, exploring a snowy region and probably killing more dragons. In the process, you’ll also save the world or something. With Oculus Rift, doing all of the above can be a tad frustrating. The reward, however, is the cool-factor. Take away the clunky combat and floaty controls, and it almost feels like you’re actually absorbing those sweet, sweet dragon souls.

This is all assuming you aren’t already chasing other dragons. In which case, shoot me an email with some details and we can talk about twelve step programs or recovery or possibly using together or something. 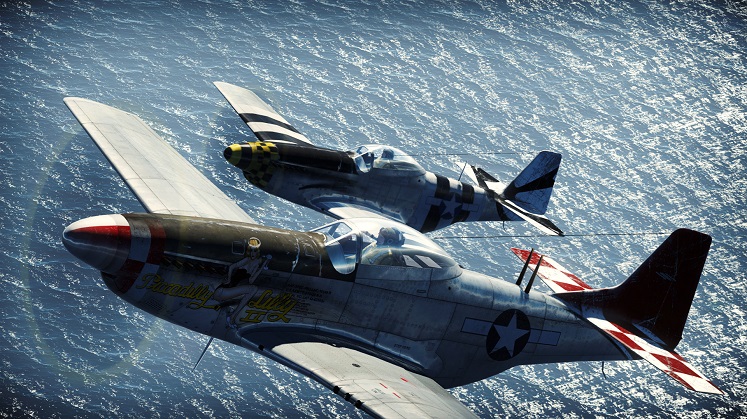 Flying isn’t fun: babies screaming, terrible food, a Steve Martin movie and cramped toilets are but a few of the downsides to soaring through the sky. However, War Thunder — Gaijin’s ridiculously addictive multiplayer combat game — eliminates these issues by being a video game and thus not adhering to the boring standards of realism. That said, it’s plenty realistic where it counts: exploding tanks and planes with era-appropriate weapons in intense, often methodical battles. And boy, is it nauseatingly exhilarating. While its visuals put a stint in any real escapism, there’s an undeniable rush of freedom to dipping into, drifting across and coasting through fields as various enemies pepper your metal bird with death and destruction. Paired with a pro flight stick, it’s likely you’ll develop a taste for your vomit out of sheer necessity.

So what will you be doing in War Thunder? Flying, shooting and re-experiencing your last few meals. It’s a free-to-play game, too, so there’s no reason not to test the waters of war before investing in any expensive peripherals. If you’re still stumped, however, you should know that for all its authenticity, War Thunder can be enjoyed by enthusiasts and weekend warriors alike. Unlike some of its competition, there’s room for the arcade crowd within its tapestry of strategy and quick-think attack plans. Also, you get to blow up planes and stuff, and watch them barrel toward the earth like a government “weather balloon.”

This is all assuming you aren’t a military pilot with access to the worlds most diversely packed hangar. In which case, you’re probably too busy high-fiving “Goose” and sleeping with 1980’s Kelly McGillis.

If you still aren’t satisfied, maybe the cusp of technology isn’t a place for you. Maybe you’d be more comfortable whacking moles at Chuck E. Cheese’s until the manager gives you your “third warning” about being on premises without an accompanying child. Either way, enjoy being a gamer in a world where it’s almost possible to live inside a video game where hurtful comments about your Salvation Army clothes and fuchsia-colored Dodge Neon won’t bring tears to your eyes in the middle of a parent-teacher conference you stumbled into drunk after arguing with your friends’ toddler about the questionable quality of LeapFrog titles.