Pixel Star has been on Steam’s Greenlight for a bit over a month now, but only got a demo just before Christmas.  It looked kind of interesting, in that lo-fi way that a lot of indie games go for, but the video showed a lot of colorful bullets lighting up the blackness of its infinitely-scrolling star field and that’s always a promising sign.  When the demo showed up there was no way to resist its space-shooty allure, and as it turns out Pixel Star is shaping up to be more than a little great.

Each game starts out pleasantly enough, with you in the middle of the screen and space stretching out forever in every direction, and really, what could possibly go wrong?  Sure, a random asteroid drifts by every now and then, but a few laser zaps and they’re dispersed.  Then an enemy ship or two appears, then a spinning flame thrower, a bomber dropping spiraling death missiles, relentless space caterpillars, larger ships with homing missiles, and bosses spewing death-lasers.  The action ramps up quickly as the peaceful black-and-white screen turns into a colorful mess of laser fire and explosions, with powerups inconveniently left behind in the middle of enemy swarms that tempt you to take stupid risks to earn that extra laser or turbo boost.   Drifting around might even turn up an event or two, like a friendly astronaut to rescue and not shoot out of the sky by mistake (whoops), or a sun or black hole that’s as deadly to your numerous enemies as to you.  Space is a mess, and it will overwhelm you within a very short period of time, but it’s a good ride while it lasts and restarting only takes a second. 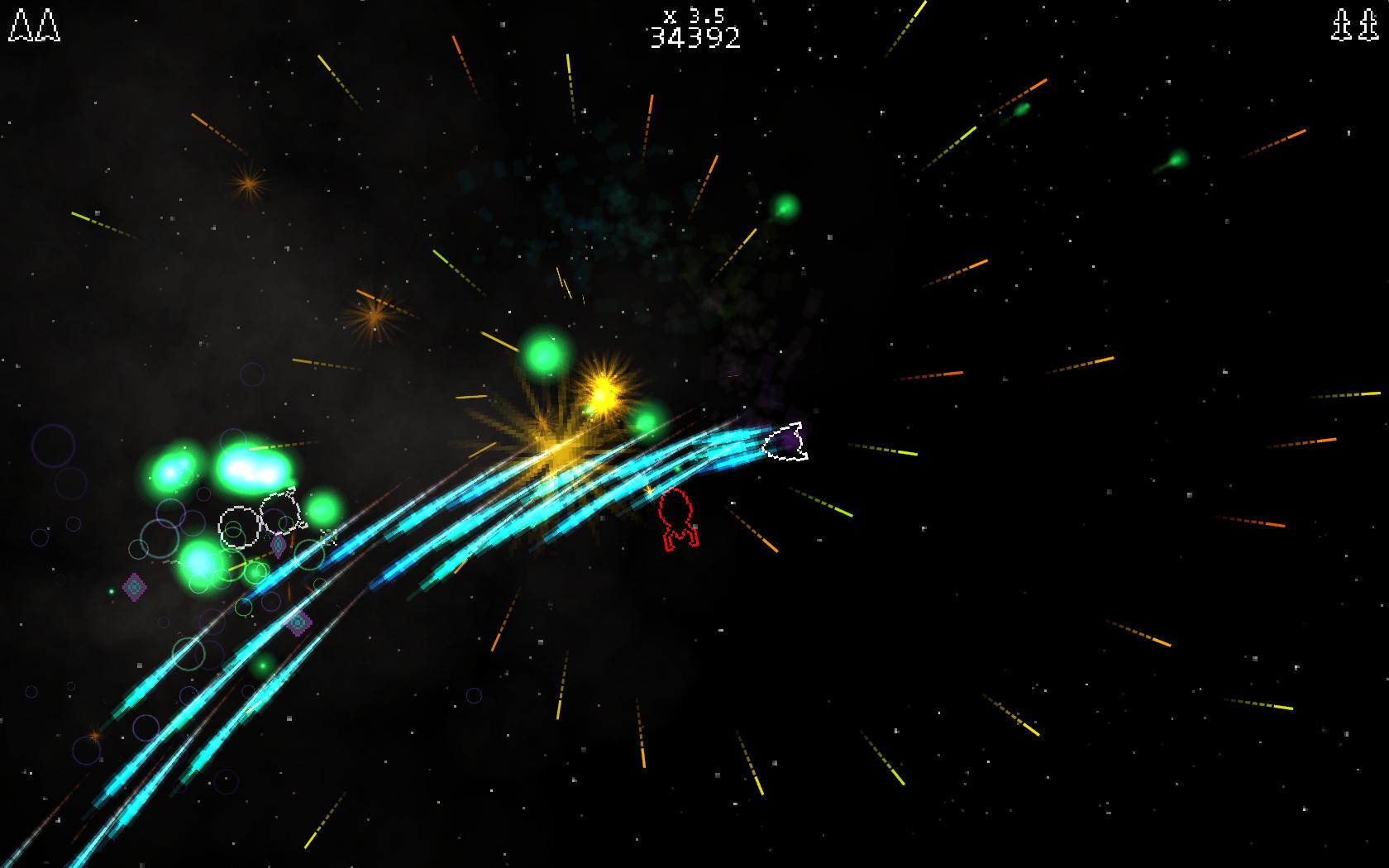 Pixel Star isn’t done yet, however, so a demo is all that’s available for now.  It’s a really fun demo for a straightforward arcade shooter, but there’s still a few features on the way that will improve things, such as gamepad support.  The mouse and keyboard controls are adequate, but Pixel Star is crying out for a proper twin-stick setup.  The visual style, however, is locked in to its position between vector graphics and pixel art, and while I can’t say I’m particularly fond of the look it gets the job done.  The action reads clearly and the shooting is great fun, and when things kick off it’s hard to care too much that the art can’t quite figure out whether it wants to be more detailed or made of simple glowing lines.  There’s asteroids to crack open, powerups to grab, space debris to avoid, and random events to take advantage of, and after a bit you forget about the style completely.  Pixel Star is a promising shooter that nails its arcade feel, deep as a bottle cap but a hell of a ride for the couple of minutes each game lasts.

Pixel Star is available over on the ever-expanding itch.io.  It’s less than 8MB for the demo, doesn’t need to be unzipped, and takes about eight seconds between clicking on the icon actually playing, so there’s really no reason not to play a round or two.