Everyone has some sort of tradition to celebrate the New Year. Some people make resolutions that they keep for six days before they remember how good cake tastes. Others prefer to get sloppily drunk and make out with anything that has a face and somewhat resembles a human form. Vanillaware has its own special tradition, where each year it breaks some ancient seal and unleashes a new horror on the front page of its website.

Every year, the game company throws some spiffy new artwork up that is meant to serve as a sort of New Years card for their fans. It isn’t meant to tease any new game, and is just a nice little extra for hardcore fans of the company. Two years ago they went with something decidedly not horrifying, but this is Vanillaware so they can only go so long without doing something weird. This is the same company who released some DLC containing a butt-eye monster from Japanese lore and their previous New Years illustrations could be bundled together as “Butts and Weirdness: A Vanillaware Retrospective”. The art is fantastic, but you expect a certain weirdness to it so when they don’t deliver you get a bit worried. Luckily, they just unveiled their newest piece of New Years artwork on their website, and it hits you right in the face with both barrels of crazy. 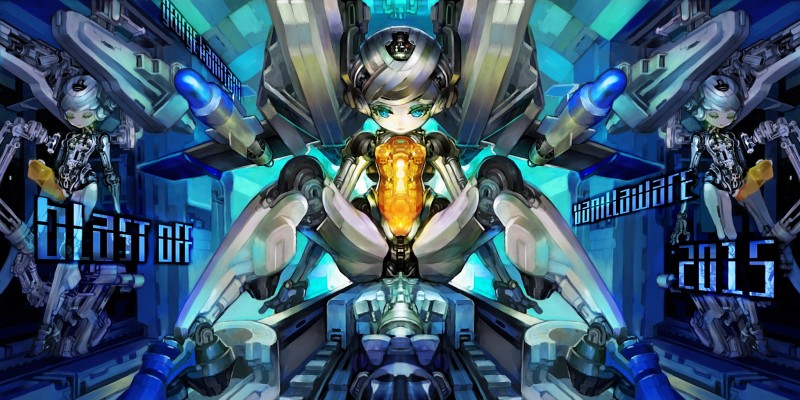 I don’t know exactly what this has to do with New Years, or Old Years, or any years. What am I even looking at? It looks like I wandered in during the middle of a robot’s visit to the gynecologist. Nothing says 2015 like a face full of robot crotch, and if you look close enough you can kind of see what appears to be the face of the Predator. And I don’t even want to talk about either of the robots on the side. That, uh, “shield” placement has to be intentional. The thing says “blast off Vanillaware 2015” and the thing above the robot’s head kind of looks like wings, so obviously this all makes sense in context.

Welcome to 2015 everyone. May your year be healthy, happy, and free of further robo-crotch excursions.