Nintendo has been slowly rolling out the New Nintendo 3DS across regions worldwide, starting with Japan and then, oddly, Australia. The revised hardware boasts a more powerful CPU, better 3D effects, Amiibo support, extra shoulder buttons, and an analog nub, so naturally fans are frothing at the mouth to get hold of one. In Europe, select lucky gamers will get their hands on the Ambassador Edition of the console inside the next month, but those who missed out on the promotion won’t have to wait long. GameStop in Italy has started taking preorders for the hardware revision, with prices starting at 170 Euros for the smaller model and 200 for the XL. 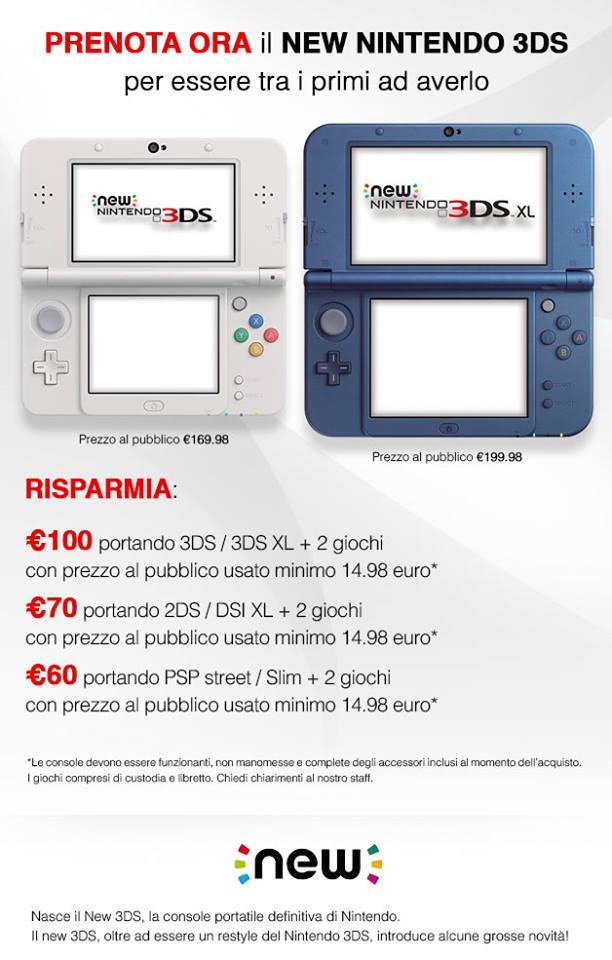 There’s no news yet on the console’s North American release, but hopefully it won’t be far off. With Nintendo having pulled out of the Brazilian market, there are only so many regions left where they can release it before we get it here – and I suspect they’ll reach peak sales in Antarctica very quickly.