In this morning’s Nintendo Direct, Nintendo president Satoru Iwata announced that various Wii games will soon be available on the Wii U eShop. The first, Super Mario Galaxy 2, is available as of today, followed by Punch Out!! on January 22 and Metroid Prime Trilogy on January 29. Iwata also mentioned that all Wii titles will be sold for half price after the first week of release, sweetening the deal for fans. 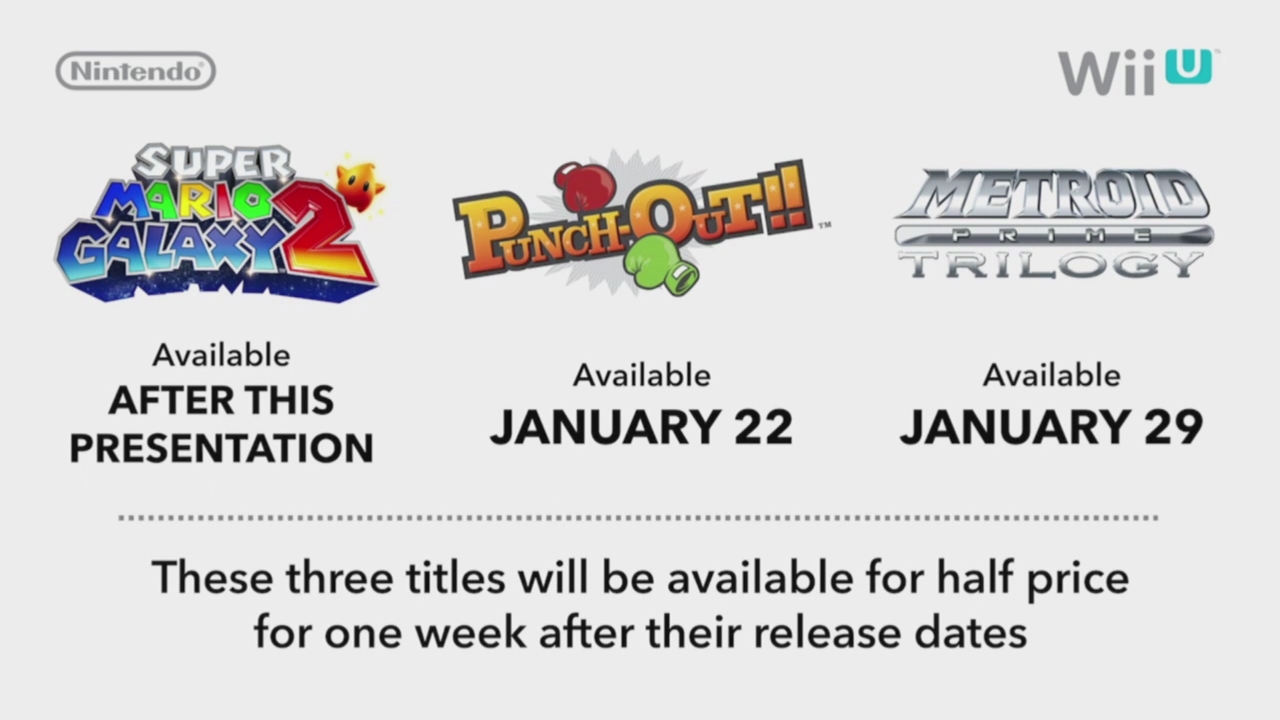