Black Shell Games are building quite a reputation as a team that simply gets the gameplay values and sensibilities of classic role playing games. SanctuaryRPG, their breakthrough project, was a purely text-based RPG adventure that was meticulously built with ASCII graphics to create a visually fascinating game. At its core, however, SanctuaryRPG was a deep and layered turn based RPG with a wealth of things to do and discover, and a ton of stats to read into. The game has since been re-branded as SanctuaryRPG: Classic, and we had a blast when we reviewed it last year. Coming soon as a follow up of sorts, SanctuaryRPG: Black Edition looks to be bigger and better in every way, with the Beta build already substantial and showing a lot of promise.

As solid as any one game can be, no developer should ever be a one trick pony, which is why Black Shell are working hard on other promising projects, one of them being Overture. This one is also a RPG, but it is the exact polar opposite of the stat-heavy turn-based shenanigans of SanctuaryRPG. Overture is a real-time action RPG rogue-like that’s all about jumping right into the chaos. 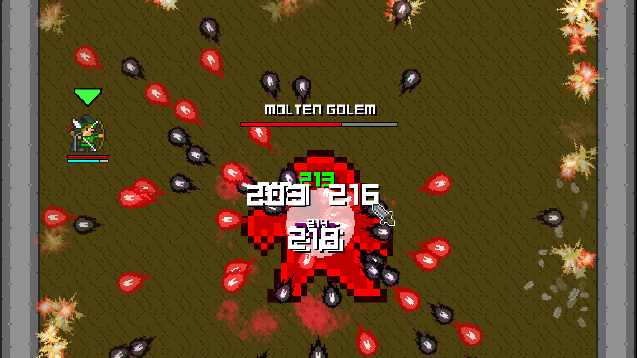 Overture has none of the presentation fluff as this game is all about jumping right into what is an almost arcade style experience ,where you explore floors and put a serious pounding on a wave of enemies. Things get pretty crazy within the first few seconds, and quick pace and unpredictability gives Overture a quite the replayable appeal. While it has all the RPG stats and equipment going for it, Overture almost feel like a Gauntlet-esque dungeon battler.

The controls are interesting, you move your character with directional keys and you use the mouse cursor to control the general direction of its attacks. You use left click to perform a basic attacks, and the right click to use specials/spells while also equipping new gear. The controls become second nature fairly quickly. 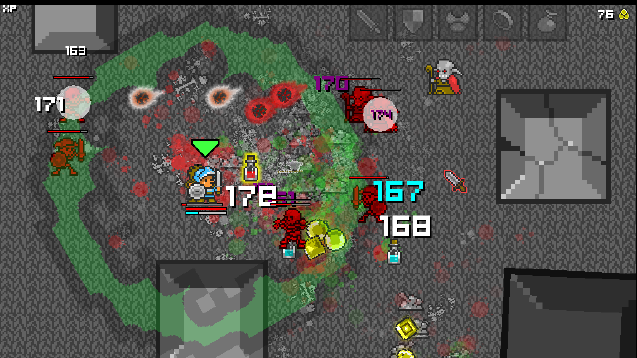 Right off the bat you get to choose one of the classes and characters, and this preview build featured Warrior, Rogue, Shaman, and Mage, each coming with their own selection of characters. This build only has a fraction of what the complete game is going to offer. Still, there was enough to indicate that each class and character will shake up the gameplay in a fun way.

A 2D 16 bit style game using a Zelda-like overhead perspective, Overture has you go from one dungeon floor to the next, battling enemies, collecting all kinds of equipment and loot, and going up against some huge bosses. The order of the items, floors, enemies, and bosses, like any traditional rogue-like, is randomly generated. Which is great for a game like Overture, because you will very quickly taste defeat in the early going, so it’s good that each subsequent attempt is different from the last. 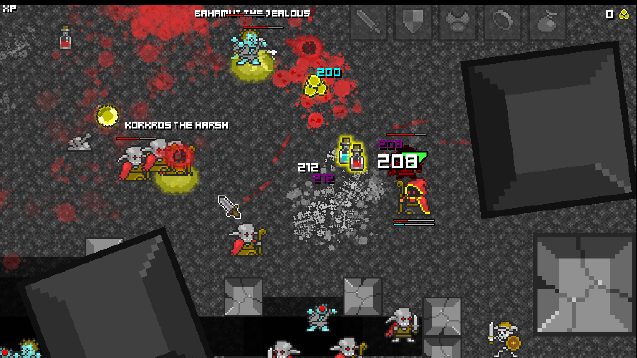 Like any proper rogue-like, Overture will kick your butt and not apologize, despite it feeling simple on the surface. The enemies are persistently mean and aggressive, and once they catch a sniff of your trail it’s almost impossible to shake them off, this rings true during boss battles when they corner you into submission. Once you taste defeat it’s pretty much lights out and start over. Still, there are a few conveniences such as allowing you to retain some gold which can be used to upgrade characters before you commence your next playthrough. On a design note, Overture offers a navigation aid to help you find the exit, but other than that it doesn’t pull any punches.

Overture should be a fun action packed RPG alternative for those looking for quick bursts of fun, without the time sink that comes with most RPGs. Black Shell Games may have demonstrated their deep appreciation of the genre with SanctuaryRPG, but it’s good to see them have a little fun with games like Overture. The game is still undergoing its Kickstarter campaign that has already reached its humble goal. Be sure to check it out its Steam page if you’re looking for a fun, simple rogue-like.