The “runner” genre is dominated by Temple Run and its sequels. If you’re into that sort of thing – and a large number of you seem to be – then maybe it’s time for something different. Manuganu is a side-scrolling runner that may be just the break you need from the monotonous jogging that dominates the endless runner field. 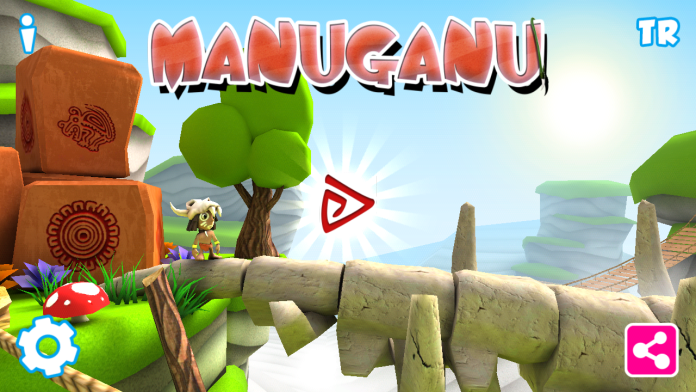 Manuganu’s titular hero is a cave child who spends his time avoiding swinging objects, sliding under walls, and slamming into switches. While some of that sounds familiar I assure you it’s a breath of fresh air for the genre – and it comes brimming with unique challenges. What sets Manuganu apart is its incorporation of moving obstacles and vertical space. More importantly, it’s one of the only games in its genre that lets you pause to adjust your timing – a mechanic that opens up whole new design avenues.

The game starts out easy enough, with the first five of its 30 levels acting as a tutorial. You’ll learn a new technique like sliding drill it a few more times to get the input and timing down. After the initial areas the challenge ramps up quickly. You have three lives in which to complete each level, and three side-objectives to complete as you run. These goals range from collecting a certain amount of coins or medalions, to beating the level without losing a life, to hitting a certain number of switches or breakable platforms. The objectives vary from level to level to keep the game feeling fresh. 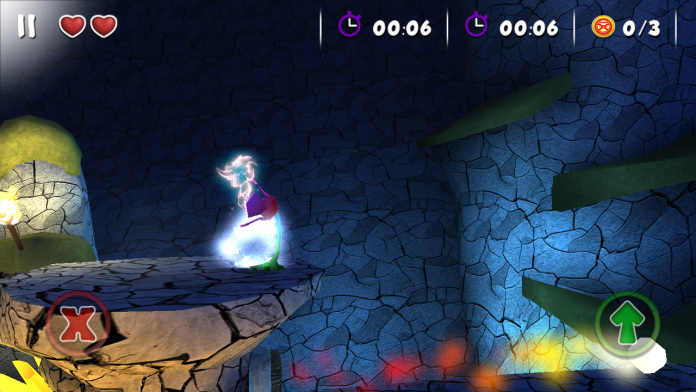 Completing these challenges will likely take you many tries. As you learn more and more abilities like smashing platforms and hitting switches the levels begin branch out. While this could be a cool feature, it ultimately boils down to a blind guess. If you happen to take the wrong path you can end up running a level without earning a single star.

Fortunately, you can usually figure out where to go the second time around – the problem is avoiding the enemies while doing so. As you progress levels become more and more populated by enemies, obstacles, and death traps. While every movement is predictable it can be very frustrating to get the timing down. You’ll often think you’re safe to clear a swinging axe only to be cut down and forced to restart entirely. 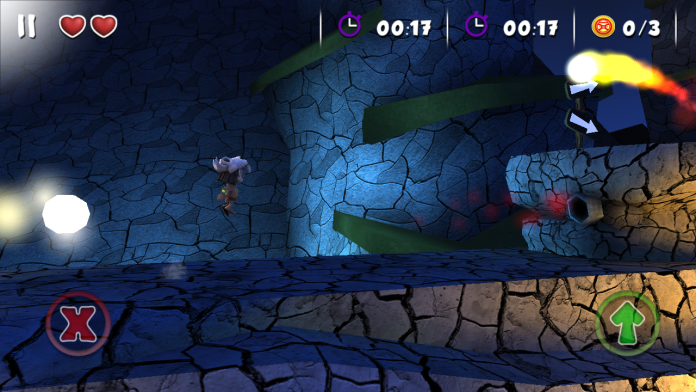 Levels also begin to use more vertical space as the game progresses. You’ll quickly learn how to drop down by smashing platforms, or wall jump in order to ascend. Whether you choose to climb or descend you’ll have to be careful, as a multitude of vertically-oriented obstacles lie waiting to end your run if you’re not careful.

If you’re able to beat the game’s 27 levels and collect 75 stars you’ll have officially unlocked everything. At the end of each chapter is a challenge level that puts everything you know to the test. Manuganu can be very difficult, but it’s a lot of fun and feels thoroughly different from other entries in its crowded genre.