Although it is far from confirmed, there’s reason to believe a new Rock Band game may be in the works. A survey gauging people’s interest in future Rock Band installments was recently sent out by Harmonix itself through a promotional e-mail and Twitter. If Harmonix had been sniffing around for interest in a possible Rock Band IV a couple of years ago, the reaction would likely have ranged from audible groans to restraining orders. Now, however, these rumblings come at a time where the thought of another Rock Band sequel doesn’t just sound bearable. This is the sort of thing to actually get excited about, and although Rock Band has fallen out of the limelight in recent years, it’s due for another set on the gilded stage. 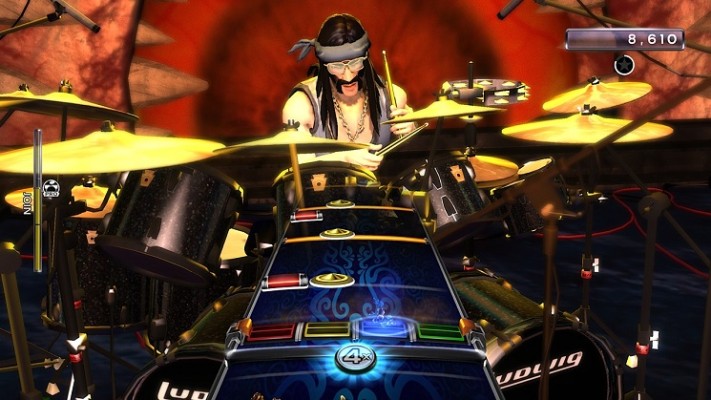 This is not the first time Harmonix has looked into reviving their benchmark series. The middle of 2014 saw a similar survey (which can still be found here) that only vaguely hints at possible sequels. This more recent survey goes into far more depth, and actually probes into some specific ideas. Some of the things asked about include:

The survey is a clear indication that Harmonix is seriously mulling over the future of the series, and possibly considering busting out some plastic defibrillator paddles to revive all our dusty plastic guitars. The last true Rock Band game came out in 2010 with Rock Band 3, and while it enjoyed a steady stream of DLC, that too dried up for nearly two years until the sudden announcement of three new songs just this week. Whether or not the series really needs a new game is a matter of debate, but the gaming landscape has changed significantly in the past half a decade, leaving a plastic guitar shaped hole in our hearts that only a new Rock Band can fill.

At one point Guitar Hero and Rock Band absolutely dominated the market, and every casual gamer and their grandma had at least one variation to bring out at parties. Sure, games like Mario Kart and Super Smash Bros. are great in groups, but there is nothing quite like watching your friend drunkenly belt out the chorus to Roxanne while the guitar player and drummer are unable to see the note track through tears of laughter. It took skill and practice to truly master the harder difficulties, but anyone could pick up, play, and understand the basic concept behind the games within a matter of minutes. Yet the subgenre faded away as quickly as it exploded in popularity, leaving only memories and big, blocky controllers awkwardly jammed in the back of your closet behind. 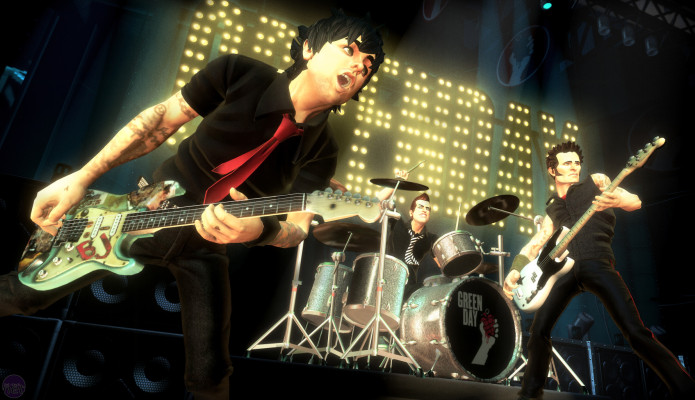 The market was so glutted by spin-offs and knock-offs that every release eventually became background noise. Publishers like Activision and EA apparently never grasped the concept of “too much of a good thing,” and the resulting glut of music game spinoffs became a running joke in the gaming community. It seemed like every band had their own game, and sometime around Guitar Hero: Nickleback gamers just started ignoring the titles all together.

But that was five years and a console generation ago. What was once an oversaturated market is now completely dry, and Rock Band has been gone just long enough for gamers to actually miss it. It was once the needy spouse of the gaming world, texting you every five minutes to remind you it was still alive and needed attention. Rock Band has finally been gone long enough for us to not take its existence for granted. The niche Harmonix carved for themselves is still there, and it’s no longer filled with detritus.

Beyond the genuine fake instrument market, though, there is larger void in the gaming world that needs filling. Party games – pick-up-and-playexperiences meant to be shared with a group of friends – are in shockingly short supply. Nintendo has given us a few games this past year to enjoy with our friends, but if you own a PS4 or Xbox One your options are decidedly more limited. There isn’t really anything that you can bring out to liven up a party. Local co-op itself seems to be a bit of a dying art, and the accessibility offered by games like Rock Band seems to have been lost in favor of implementing the latest in expressive eyebrow technology. 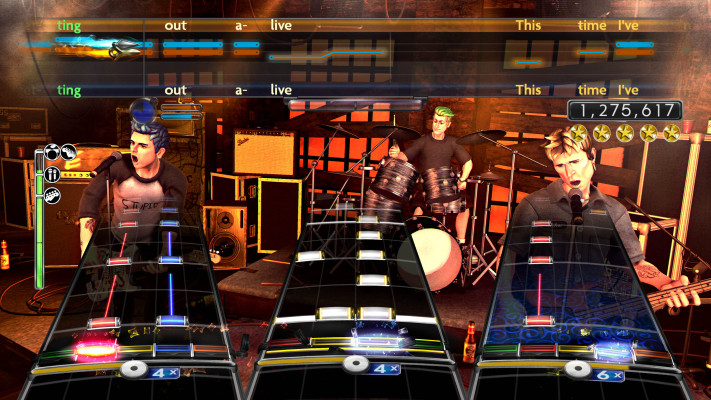 Now, there are plenty of (valid) concerns in reviving a series like this. The biggest, and most frequently expressed, is that Rock Band 4 threatens to just be more of the same for a new generation. While I understand the potential problem, I’m not particularly worried myself, because that’s kind of all I really want. I’m not looking for Harmonix to reinvent the wheel or overhaul the genre. The forumla itself was never the problem, and there are plenty of series with yearly release cycles that fans still lap up. If Rock Band 4 were to come out with some minor improvements, a brand new setlist, and compatibility with existing hardware and DLC, I’d be all over it, and I’m sure I wouldn’t be alone. There is something to be said for innovation and creativity, but I don’t go to a pizzeria to order a steak, and if I bought Rock Band 4, it would be to play more rock band

So, please, Rock Band, come back baby. I’m sorry I’ve neglected you all these years. I miss you. That toy drum set in the back of my closet could really use a workout, and Rock Band 4 would be just the thing for it.