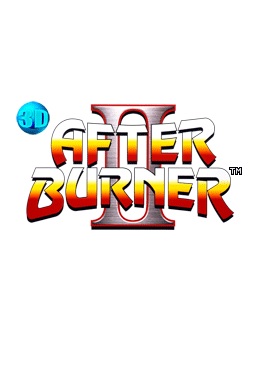 3D After Burner II kicks off the second wave of Sega’s 3D Classics line of old games turned new again thanks to the implementation of stereoscopic 3D as well as other tweaks and additions. It follows a strong first series of revamped titles including the likes of Streets of Rage, Shinobi III and Sonic the Hedgehog, just to name a few, and paves the way for the remaining installments in this follow-up batch of heralded gems, which are scheduled to release once per month up until June. While this second grouping doesn’t include the headlining namesakes associated with Sega’s early success, like the initial deployment did, its niche offerings are nevertheless fan-favorites, with 3D After Burner II starting things off on just the right note.

3D After Burner II is the epitome of a late ’80s arcade game insofar as it circumvents fluff to deliver an endeavor rooted in the philosophy that ‘gameplay is king, and anything else is merely unnecessary.’ When firing up the game, folks will immediately notice this no-nonsense approach due to a menu suite that is as streamlined as it is broken down into only the bare essentials. Literally seconds is all it takes to navigate the core mode and start shooting down MGs, which speaks to a design ideology lost in this generation of newfangled intricacies. Once inside the actual play experience, it’s all about manual dexterity and keen reflexes to make it through the title’s 23 stages.

This concept is executed effectively as well, thanks to straightforward gameplay. Players control a fighter jet that can fire machine guns and rockets, accelerate and decelerate, barrel roll and generally do all the things Maverick and Goose did in Top Gun (minus the ejecting into the cockpit window of your plane and killing yourself). With only a handful of flight options, it’s easy to jump right in and feel out what the game’s all about – which is basically a mission of crushing players through rigid difficulty and breakneck action.

The gameplay never changes throughout the venture, though; therefore, folks will have ample time to practice their skills without the worry of new mechanics introducing themselves at some later point. This consistency and predictability — of enemy jets firing missiles and tailing relentlessly, in addition to hazardous terrain weaving itself in and out of view in an effort to force an untimely demise as a result of crashing into the side of a mountain — helps players only focus on enhancing their performance instead of getting caught up in extraneous features. And that time to learn and refine is necessary as After Burner II is notoriously known for being challenging as all get out. It eats hopes and dreams for breakfast; but, without the ability to continue limitlessly now, and even pick up from the last stage played if folks have to put down the game for some reason, the game lends itself well to not only a portable audience, but a larger one in general. In this, it alleviates the frustration associated with getting destroyed time and time again by the game, thereby making things a bit more enjoyable for the average player. Where After Burner II really finds its cadence, however, is not in the classic Arcade mode, but in its ‘Special’ one, which has been specifically created just for this release. Special is the same as Arcade, in that the stages, enemies and obstacles remain unaltered; however, this time folks are given increased attack power and Special so as to turn themselves into flying death-machines that can blow through enemies quicker and take a bit more damage in the process. Initially it would seem like this would modify what makes After Burner II, After Burner II — but it surprisingly only makes the undertaking all the more accessible as well as fun. It still demands precision and skill; it just makes trouncing adversaries more empowering, and in turn satisfying.

No matter the upgrades available, though, they don’t change the core essence of the game. This is both positively- and negatively-connotative; great in the idea that the Special mode doesn’t change how the game mechanically plays — that’s what we love about After Burner — but not so swell in that the controls here are not meant for anything but a flight stick attached to an enormous, all-encompassing arcade cabinet. So instead of the satisfying response of a stick to one’s barrel roll, we are given a jet that controls more like a tank than a nimble, flying beast. Using the default setup, it’s far too easy to barrel roll into a barrage of missiles when trying to simply dodge right or left. Mix this in with some oddly-mapped commands and sometimes 3D After Burner II feels like a test in finger contortion. Thankfully there’s the option to change around the control scheme, helping correct some of this issue. But alas, the 3DS can’t grow a flight yoke and subsequently can’t capture the original’s game overall magic. And when considering how fast and chaotic the action on-screen can be, being able to mitigate stress through intuitive controls would have been much appreciated. That’s not to say it doesn’t try to be the 1987 classic though, because it does feature the opportunity to unlock in-game arcade cabinets that mimic the real-life thing. This feature in and of itself is embedded in nostalgia for those that were alive and able to make it to the local arcade parlor to be subjected to After Burner II in its time of glory. It also helps things feel as close to the arcade experience as one can get via anything other than the true representation. This is particularly true in the fact that players can choose arcade cabinets in-game that resemble their real-world counterparts in an attempt to evoke the same emotion that the giant arcade setup did all those years ago. It doesn’t succeed completely, but it’s pretty neat to have them recreated all the same.

The untouched mechanics complement the new extras well, too. After all, the Special mode isn’t the only addition here; the OST, while fully intact, has been made whole with tracks that were recorded for the original game but never made the final cut. Hearing these never-before-released songs feels special, especially because it’s like we’re getting to re-experience the late 80s for the first-time all over again. That’s not something that happens often. So to incorporate them in this manner makes this re-release not feel like an unneeded cash-in, rather a necessary supplement to the initial game, ultimately completing and rounding things out. It’s like a puzzle that lay incomplete for almost three decades has finally had its last piece placed. And that’s kind of a big deal. The 3D effect, as expected or at least hoped for, is well-implemented to boot. Unfortunately, given how frenetic the gameplay is, we found trying to dodge in and out of enemy fire too intense to keep the 3DS in the ideal position to see the new effect without it getting in the way. Meaning to say, while integrated effectively, it just wasn’t applicable to play with the slider cranked up for more than a few minutes just to say we did it. 3D After Burner II is a game we didn’t know we wanted. Only after taking the plunge did we realize what a great time-sink it can be. Whether you have a minute or an hour, there’s something to accomplish in this portable adaptation of the much adored arcade classic. Its take-no-prisoners difficulty can now be toned down for greater accessibility, it features a brand new gameplay mode that manages to outshine the original one included and the never-before-released tracks on the OST make this more than a cheap cash-in on nostalgia. That being said, it has its issues, primarily the inherent hectic nature of the gameplay happening on a small screen, control hiccups and an overall lack of content. But by and large, this feels like After Burner II as it was meant to be. It may not be as dynamic as the actual arcade, but it comes about as close as one can get to emulating the actual experience. Score-chasers, 16-bit enthusiasts, arcade-game aficionados and Sega addicts all need apply for this one; anyone outside of those groups may not get as much from it, but even still there’s fun to be had.