Today’s results from EA have brought forth a lot of interesting news, including the fact that Dragon Age: Inquisition is Bioware’s most successful game. One thing that struck us as odd, however, was the fact that EA Sports PGA Tour was conspicuously absent from their slide of FY15 announced titles, with Battlefield: Hardline the only game slotted for Q4: 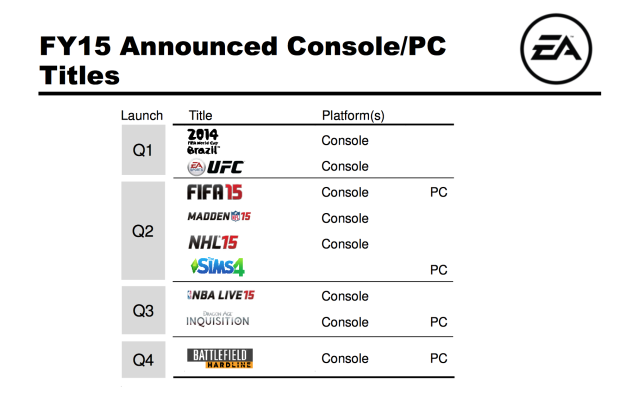 Our suspicious have proved correct, as EA has confirmed that the game has indeed slipped to first quarter of the FY16 financial year, putting the release between April and June.