Red Goddess is a beautiful Metroidvania-style action-RPG that was funded by a successful Kickstarter campaign. To the excitement of backers and those who have been paying attention, it’s now heading towards a huge launch on almost all operating systems (PC,Mac,Linux), as well as on Sony consoles and the Wii U.  The game is expected to be delivered sometime in March.

A recent update provided by the developer to the NeoGaf community comes in the form of a pretty important and insightful screenshot provided below. It may be a pause/map menu, but it exhibits the deep RPG style character systems. With a host of abilities, huge maps to explore, and a leveling system, Red Goddess looks to be a content heavy adventure. 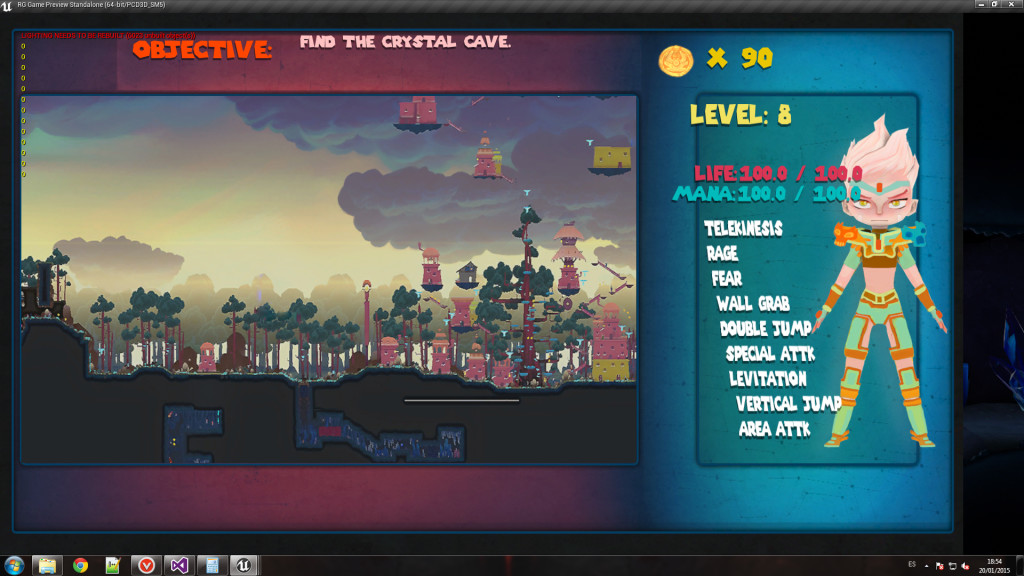