Battlefield Hardline is fast approaching with the second beta set to launch February 3 on PS4, Xbox One, PC, PS3 and Xbox 360. Visceral Games has been open with the community, continuously asking what they would like to see in the game. The goal is to make Hardline one of the best Battlefield games ever, and to do that Visceral is focusing on three aspects of the game; strategy, speed and story.

We were able to sit down with Steve Papoutsis, General Manager of Visceral Games and Executive Producer on Battlefield Hardline. In the first of a series of interviews, we discussed strategy with Steve and find out how Hardline aims to be the most strategic Battlefield yet. 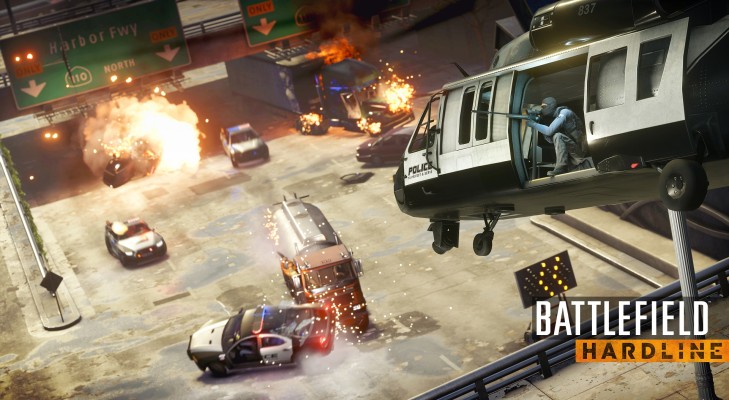 [Hardcore Gamer] What was the purpose of making some maps only playable with certain modes?

[Steve Papoutsis] As the design team and development team worked on our various modes and various maps, one of the things we wanted to do was encourage them to do what was best to bring out the fun in the game. So as we playtested certain maps with certain modes we found that certain combinations were a lot more fun than others. By allowing the team the flexibility to dig into what makes a certain mode with a certain map fun, it allowed them to make those maps and those modes work really well together. That was the driving factor behind this decision. We didn’t want to be handcuffed to saying that every mode had to work on every map. We wanted to make that every time a player got into a match they’d be having a great time.

Can you break down the weapon types and which classes they are assigned to?

Sure. The Operator will have the First Aid materials, a sidearm, and assault rifles. The mechanic uses sub-machine guns, a sidearm, repair tools, and grenade launchers. The Enforcer has the shotguns, a sidearm, and access to the ammo packs. The professional, our sniper class, has sniper rifles, sidearms, and laser trip-mines. 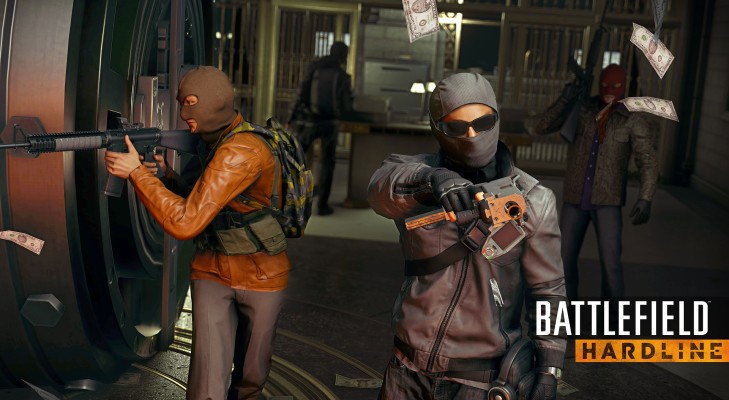 Tell me about the non-lethal and lethal mechanics. What are the incentives for choosing to be lethal or non-lethal?

One of the design choices when creating Hardline was the idea to embrace our fiction. When we think about law enforcement we don’t think of them running around just shooting people. So, what we did was ask ourselves, “how would a law enforcement agent behave themselves.” We looked at films, TV, and books and one of the things we noticed across all mediums is when the cop pulls out his badge and tells the criminal to put his hands up. So we implemented that into the game. Players can incarcerate enemies using this and other non-lethal mechanics. Next we wanted a meta-game that gave players a sense of achievement and progression. We call this “Expert” progression, which incentivizes players to think and behave more like a law enforcement agent. For example, we have the Scanner that allows a player to scan enemies and the environment looking for clues and arrest warrants. We have a huge amount of cases throughout the game players can solve that provide rewards, including unlocking weapons and a few secrets that we have. Of course, we don’t want to penalize players who do want to run-and-gun. They can do that, they just won’t get any Expert points.

On the multiplayer side, we have some fun mechanics. The stun gun is still there, you can handcuff opposing players (zip-ties if you’re criminals), and you can interrogate the opposing side to reveal the location of their squad mates. 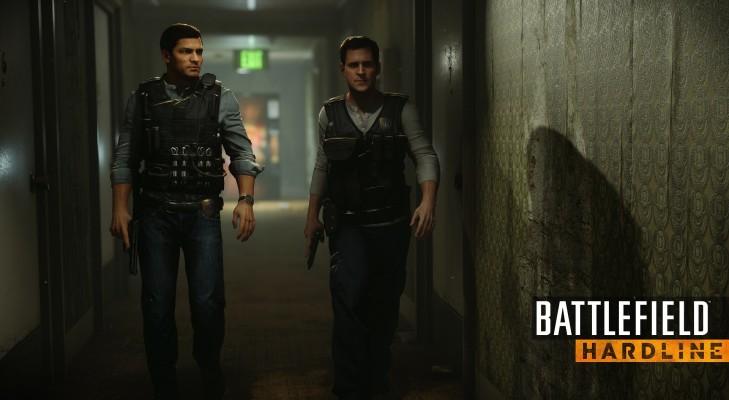 I’m still a bit concerned about the non-lethal path. It strikes me as something only a minority of people are going to use, particularly in multiplayer. How are you going to compel people to choose non-lethal over lethal?

On multiplayer, it’s Battlefield. You’re still looking at scoring the most points your team whether that be completing objectives, healing people, reviving people, providing ammunition, or being a great driver in Hotwire. Being non-lethal and interrogating guys will give your team bonuses like seeing enemies on the map for a short period of time. The incentive to play non-lethally may not be as compelling as in single player, but I think with Battlefield being such a team experience I think that’s fine. 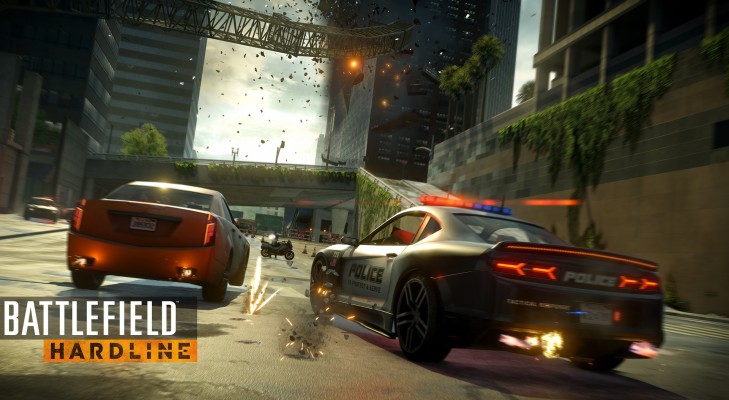 Battlefield’s a pretty hardcore franchise compared to games like Call of Duty. How do you plan on attracting new players who might have been turned off by previous Battlefield titles?

Battlefield is all about strategy and teamwork, but sometimes that can be polarizing or intimidating to more casual players. What we did was look at ways to ease these players into the game through pop-ups. These pop-ups serve as a reminder about how certain things work in-game, like customizing your character. More advanced players can also take health packs or ammo from teammates with just a press of a button. So, if there’s a new player who doesn’t know how to throw a health pack or ammo pack down, more advanced players will still be able to get those packs.

In Bad Company 2 we saw huge amounts of destruction. Players could literally tear down entire buildings completely changing the map and forcing both sides to adapt their strategies to this change. Battlefield 3 and 4, while having Levelution events, felt very static. Will Hardline return to Bad Company 2 type of destruction, or will it be more like 3 and 4?

We’re somewhere in the middle. One of the pieces of feedback we hear from time-to-time is, “cops and robbers wouldn’t be leveling buildings.” Some of the community feels that way, but at the same time the design team has found that being able to knock down a wall to create a new strategic route is something you could potentially see cops and robber doing. We have the big-scale Levelution moments, which are cool, but we also wanted to ensure that those moments provided strategic opportunities for players. Mid-level destruction moments do exist in the game, there will be areas you can take down walls and things of that nature, but it is within the fiction we’re creating.