After slogging through the numerous broken games that marred 2014, jumping into a online-focused title is a bit terrifying. Sure, everything could work as intended, but there’s always that chance that the entire ecosystem could collapse in on itself, rendering that brand new $60 game unplayable. Being that the vast majority of Evolve‘s gameplay relies upon online multiplayer connectivity, we wanted to make sure that we hopped into online matches the moment that the public servers went online, and we were (perhaps shockingly) not disappointed. 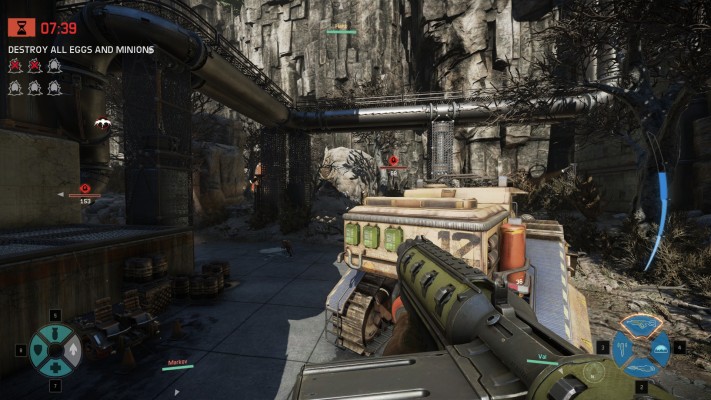 After playing through three Skirmish matches and a full PvP Evacuation campaign, we can report that we faced no major connectivity issues. The most important caveat to this statement is that we’re playing Evolve on PC, so it’s unclear at this time whether or not PlayStation 4 or Xbox One users are experiencing any difficulties. During the second Skirmish match, one player noted via in-game chat that he or she was experiencing significant lag, but this is likely due to that player’s individual connection rather than the servers themselves. In the two hours that the public servers have been online, we’ve yet to experience so much as a hiccup.

Being that it’s past midnight EST on a weekday, it’s likely that the vast majority of those looking to play Evolve haven’t logged on yet. We’ll be sure to update this article tomorrow evening with news as to whether or not the servers are still working under a heavier load.

Whether or not Evolve‘s smooth online gameplay continues is anyone’s guess, but the fact that a major online title appears to be fully functioning is definitely a good sign when one considers recent history.

Update: We were dropped from a game for the first time on Monday at 12:32 EST. We’ll update you if these drops wind up being persistent.