It’s no secret we’re in the age of pixel-counts, framerate discussions, and technical conversations. While the debate over whether or not the PlayStation 4 or Xbox One is superior will likely continue for quite some time, we wanted to give you an idea of what Evolve looks like at its absolute peak.

Throughout our time with Evolve, we’ve been playing at 60 FPS with every setting turned up to its maximum level, and the results are pretty impressive. Granted, this isn’t the best looking game you’ll ever play, as the somewhat cartoony art-style prevents it from being the ultra-realistic powerhouse some might be looking for, but Evolve is still gorgeous nonetheless. Here’s a quick screenshot of the Advanced Graphics screen, to give you an idea of the visual tweaks PC players will be able to make: 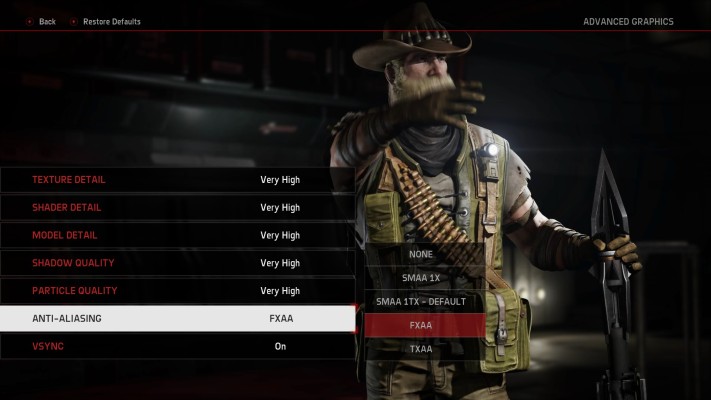 FXAA is a better anti-aliasing choice for Evolve at this point in time, being that TXAA seems to add a level of blurriness to textures, especially plant life, that high-end rig owners will probably seek to avoid. In individual screenshots, this difference is rather minimal, but in real-time, the extra level of crispness that FXAA provides in this case will likely win over more players. Granted, this is merely one person’s opinion, but after switching between the two multiple times, FXAA is the clear winner for 1080p gameplay with maximum settings on our rig. It’s worth noting that on high-end gaming PCs with modern video cards, users are extremely unlikely to suffer any framerate drops as a result of switching between the two settings. Here’s a quick look at the in-game difference between FXAA and TXAA (note, FXAA is first): 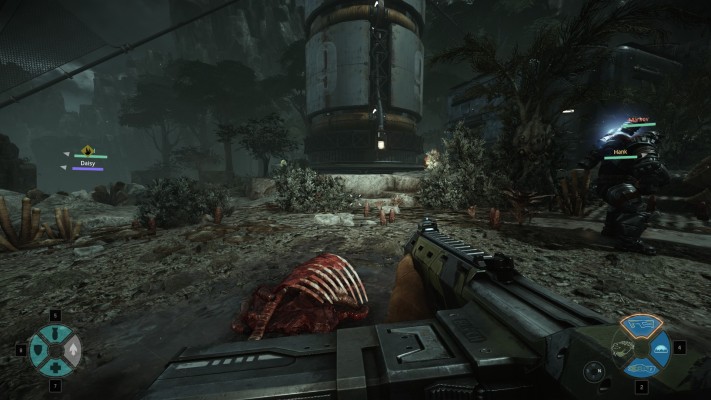 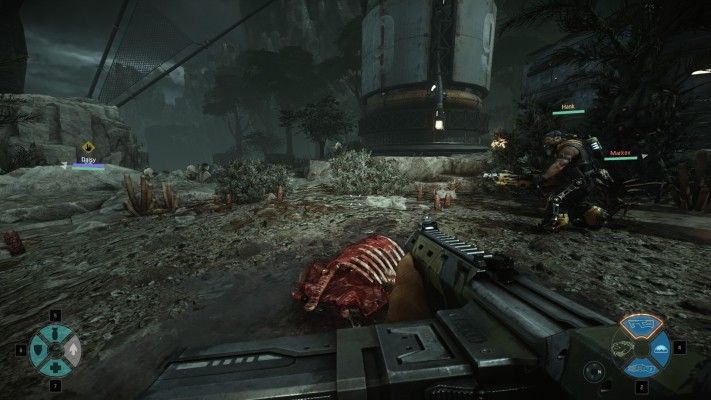 Regardless of your personal opinion on the benefits of certain high-end anti-aliasing techniques, there’s no denying that Evolve is a pretty gorgeous title. Feel free to take a gander at some of the screenshots we’ve accumulated over the course of the day (click each thumbnail to enlarge its respective image).