Godus is a failure, and has been one for quite a while now.  Bad games happen, whether funded in the traditional fashion or via Kickstarter, and if that’s all that Godus was then there would be no story here.  The last couple of days, however have had a series of revelations and articles about Godus that, while not revealing much of anything new, point out exactly what a complete and utter trainwreck the project has been.  Unfortunately it’s been a profitable trainwreck, so the consequences for 22cans and Peter Molyneux amount to little more than the complete self-destruction of anything resembling a reputation they may once have had.

Godus was  Kickstarter project so that the game could be developed independently, then 22cans enlisted DeNA as publisher for the mobile version.  It was promoted as a game that would cost money on both PC and mobile, then mobile became free-to-play.  Godus was supposed to be a PC game with a mobile port, then mobile took over and the PC game launched as a total crap-fest.  Six months later a major update came out retooling the game, and while it still wasn’t much fun at least it was dramatically less terrible than it used to be.  And then I walked away, because life is too short for bad games even if I did personally back at the £20 (abut $30-ish) level.  While the game itself didn’t improve much beyond that point, it turns out the drama wasn’t going to stop.

Take the reward for Bryan Henderson, the winner of 22cans’ first game Curiosity, as revealed the other day over at Eurogamer.  The “life changing event” that was to go to the person who cleared the last block from the cube turned out to be a Peter Molyneux promise.  In theory the reward of being Godus’s God of Gods and getting a cut of the game’s profits for the duration that position is held is something that could still be rewarded, but seeing as the Godus team is down to a couple of people (one of which worked on the game for free for several months) and multiplayer simply doesn’t work, that prize isn’t actually possible.  As for the money, which wasn’t originally part of the Curiosity reward back when it was a mystery as to what the final prize would be, Molyneux says he’ll get it eventually.  The likelihood of this happening seems exceptionally low, but if Bryan gets a check for a life-changing sum that actually clears the bank then I’ll cheerfully admit that my skepticism was wrong. 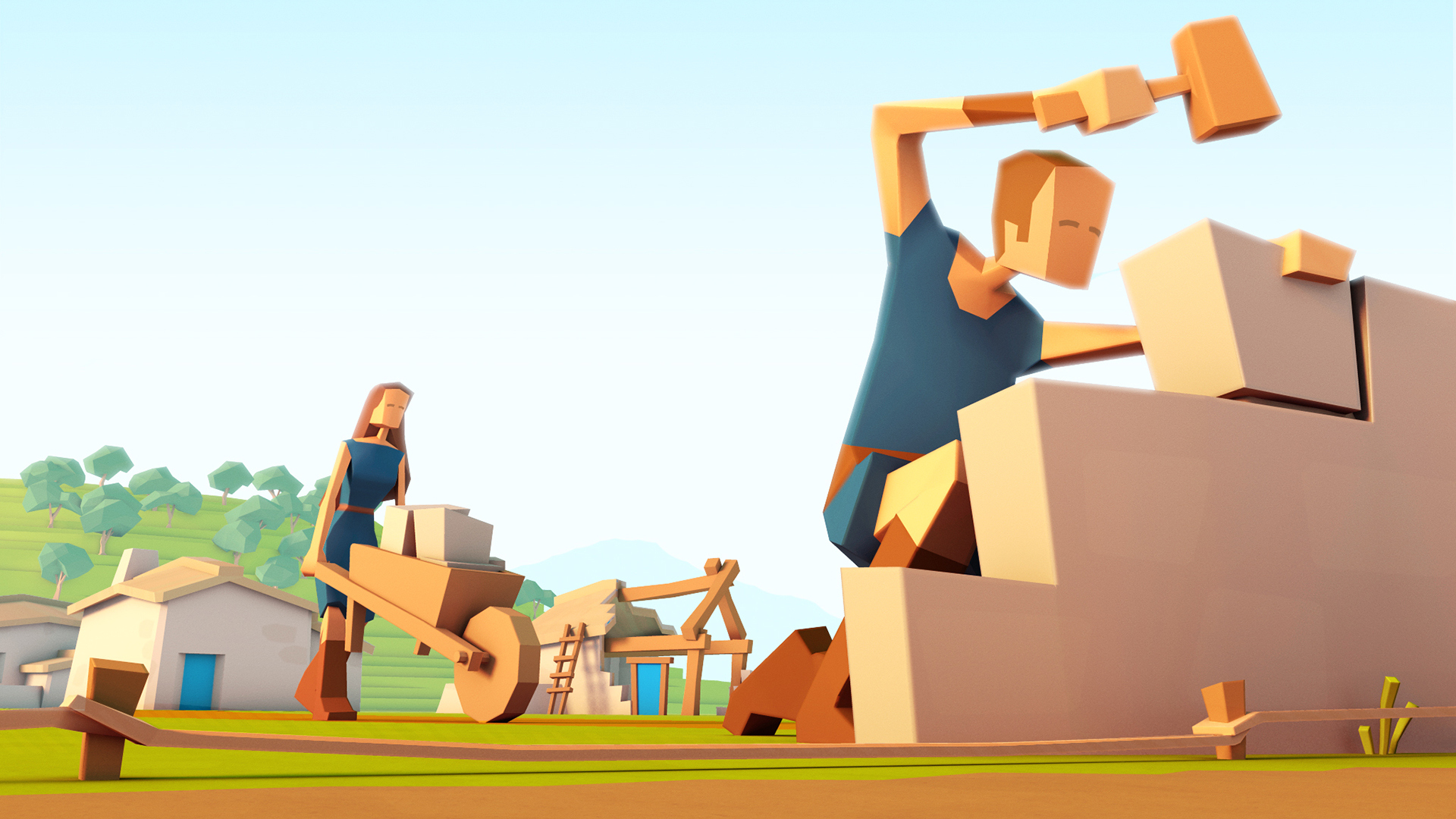 The concept art is still fantastic.

In the meantime Godus continues to make money every day, at least on mobile, but the team to fix the game has shrunk to a few people more than nothing, funding for major changes isn’t happening, 22cans is losing people, no physical or high-end non-physical Kickstarter rewards have been delivered, and Peter Molyneux has completely and utterly destroyed any reputation he had from his days at Bullfrog and Lionhead.  Worse, he doesn’t seem to either realize or care what he’s lost.  Apologizing for the state of Godus and admitting to the mistakes that were made while inviting criticism from the public isn’t the same thing as taking responsibility.  Letting people yell at you is free, fixing a busted game and delivering on promises costs money.  While I can’t speak for anyone else, I can say that I don’t want someone to be mad at.  I just want the game described in the original Kickstarter campaign, even if that game doesn’t end up being particularly good.

That’s not going to happen, though.  Godus is dead despite the hopes of the crew still working on it.  Peter Molyneux’s name is mud.  The whole affair was a train-wreck from the moment the Kickstarter campaign ended, and it’s time to move on.  There’s more to talk about, such as Molyneux blaming the pressures of crowdfunding for the game’s shortcomings, but why bother pointing out Shovel Knight, Darkest Dungeon, Reassembly, or the rest of the successful projects that show Godus is an exception to the rule?  With all due respect to the skeleton crew left working their asses off to turn Godus into something worthy of its legacy, the ride is over.  It’s time to walk off and let it die, and maybe create something better far away from the endlessly-changing stories of formerly-great developer who will say anything at any time but never live up to his word.