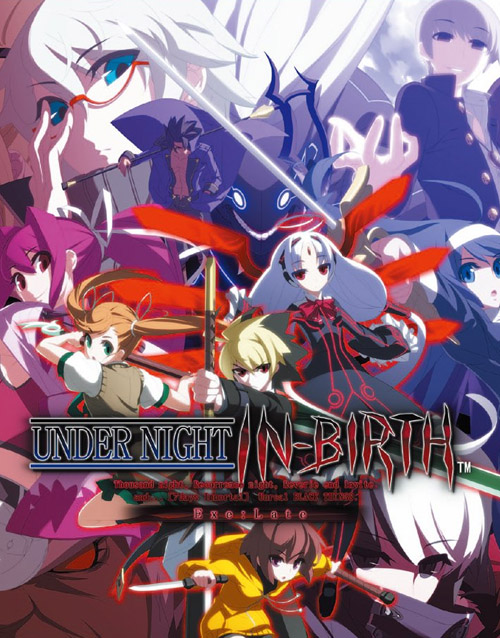 In recent years, the fighter genre has really exploded in popularity; in fact, the scene is healthier than it has ever been. With Guilty Gear Xrd releasing back in December, and Dead or Alive 5 Last Round and BlazBlue: Chrono Phantasma Extend set to hit store shelves soon, there’s an excellent variety available. French Bread’s Under Night In-Birth is throwing its name into the hat as well. From the same team that brought us Melty Blood, Under Night has been handled by a developer that, while lesser known than some, is capable of standing toe-to-toe with genre veterans. So the question is, Can In-Birth hold up amid the crowded space, or does it get KO’d by its competition?

The first thing people will notice when booting up the game is the sheer number of modes at their disposal. Literally the various game types consumes the entire left side of the screen; though a deeper analysis of them will ultimately show that there’s nothing out of the oridnary. It’s still nice to know that the essentials and expected types are all present and accounted for here. There’s Arcade mode, which doubles as the story campaign, Training, Versus, Survival, Score Attack and Time Attack, in addition to a gallery that’s unlocked over the course of many bouts. There’s also a customization menu that feels very reminiscent to Dengeki Bunko Fighting Climax in that, not only can folks buy new color variants for their fighters, but they can purchase new icons, emblems and the like for their profile, as well. The modes that have been implemented don’t break new ground, even though they are in abundance. But when compared to others of its kind, the offerings feel a bit incomplete, or just lackluster. We would have liked some kind of unique game type, instead of the standard ones.

Where the game doesn’t suffer, however, is in the core gameplay department. Think of Under Night as a fighting game whose cadence exists somewhere between that of Street Fighter and BlazBlue. While Street Fighter is sometimes excruciatingly slow and methodical, In-Birth feels faster, more fluid, rewarding those who are willing to mix full-out assaults with intelligent defensive maneuvers. On the opposite end of the spectrum, BlazBlue is a dizzying onslaught of combos and aerial-based debauchery the likes of which will easily scare off newcomers. Under Night never feels this fast — and most characters can’t even air-dash or double-jump — nor does it adhere to the “let me pull of a combo that juggles you for 30 seconds and destroys more than half of your health bar in one fell swoop” design philosophy. Again, it finds a balance between the two genre staples, mixing visceral with cerebral. 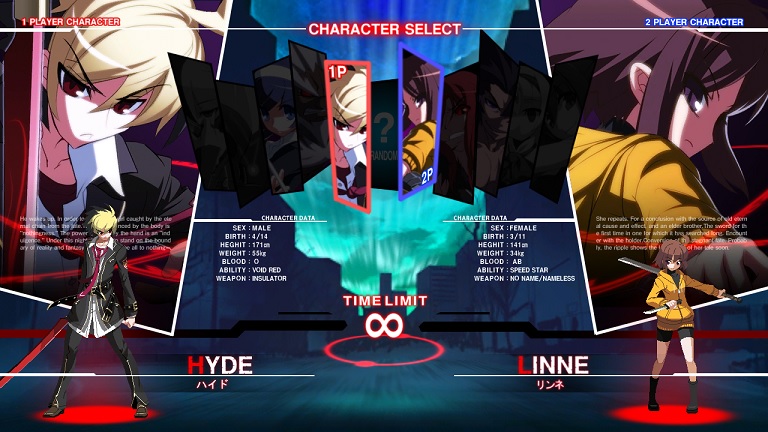 In fact, it does this through the employment of tug-of-war like meter that dynamically responds to how someone is playing. The Grind Grid (GRD) system essentially measures who has the upper hand in a match, refreshing and reevaluating the tide every 17-seconds. Pushing forward and advancing on an opponent increases it, while turtling and excessively zoning decreases it. Through the GRD, players are essentially encouraged to behave aggressively, as retreating too often depletes the player’s side of the Grid. Think Guilty Gear XX to get a better understanding of how this works. Thankfully, the gauge isn’t unnecessarily punishing, and does allow for defensive play, seeing as blocking actually helps build it. But it’s intelligence is really quite remarkable due to the fact that it won’t hesitate of penalize a player for redundant, predictable or flat out uninspired attacks ad combos. It forces the player to play smart and to actually learn how to carry themselves in a match by reducing the opportunity and reward to scrub every round.

But a fighter is only as good as its controls, and thankfully, Under Night excels in this department. It’s a traditional 4-button fighter with a learning curve that is anything but steep. In fact, outside of Sega’s Fighting Climax, In-Birth is the easiest fighter to just pick up and play in years. Controls are responsive and find a healthy blend of joystick rolls and successive taps to lay out a combo. Folks won’t have to devote their entire lives to learning how to put away opponents with crippling combinations, instead it can be enjoyed right from the start — a little time with the training feature and newer players will probably find themselves able to take on some of the game’s tougher opponents. The game does much to accommodate players of all skill levels, too. There’s even the ability to simplify combos for total newbies who want to pull off over-the-top mix-ups without having to learning timing, hit-boxes and frame counts. This has a very Persona 4 Arena, BlazBlue feel. But of course, there’s plenty of upward mobility for hardened genre veterans. 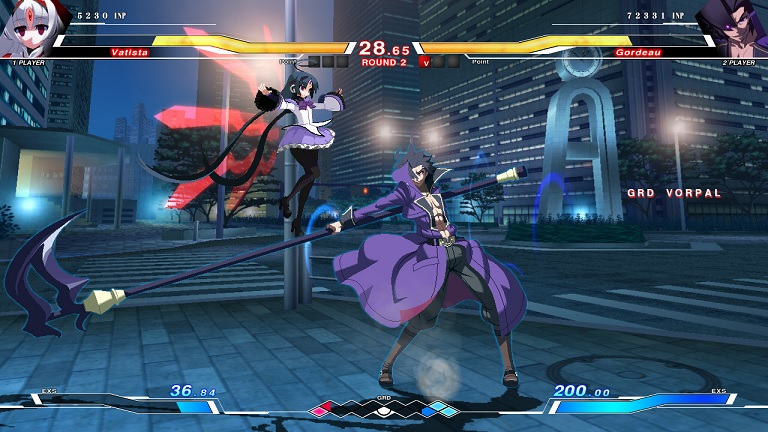 The varied cast makes things all the more enjoyable, too. While it’s just shy of a dozen, the characters really have distinct play styles. In actuality, the roster feels like a mash-up of Capcom, BlazBlue and even SNK in terms of how characters play, and just as fun as they are to play, the personalities are beautifully designed with unique features that feel truly inspired. Their stories are also distinctive, though the plot here isn’t overly involved. Whereas BlazBlue goes to great lengths to tell an impressive tale, Under Night is a bit more bare bones. But we say that endearingly, as it yet again is able to split the difference between something that’s unnecessarily long and complex (BlazBlue) and something that’s just plain silly (every Dead or Alive story ever). It never overstays its welcome on the narrative front, but still manages to tell an interesting, albeit somewhat shallow, tale.

But what’s a fighter without a solid online component. Our time with In-Birth was buttery smooth, with only one instance of noticeable slowdown. The online feature is a bit barebones, but when push comes to shove, it gets the job done thanks to some solid netcode. To complement the online play, the game is just aesthetically beautiful. Animations are super fluid, the vibrant colors pop against the often times dreary backdrops, and the character designs are pitch-perfect, leaning more toward the side of anime rather than realism. The soundtrack is rocking as well. Guitars wail during encounters, more melodic pieces fill in during the talking segments and the opening song is catchy as all get-out. From a technical standpoint, In-Birth is just dazzling. It may not be as visually striking as GG Xrd, but it rivals some of the best 2D fighters out there. 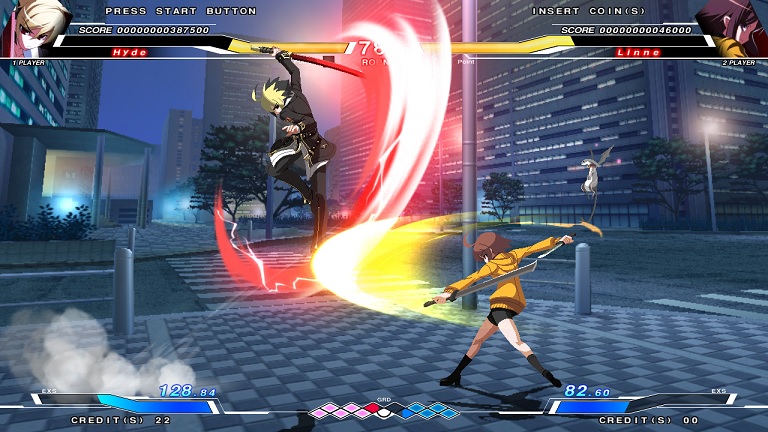 If there’s a single word to sum up Under Night In-Birth, it’s “balanced.” From the fundamental mechanics, to character differences, to the number of modes stuffed in, this is a game that truly can be enjoyed by fans of all skill levels. Serving many audiences can dilute a product, but In-Birth has managed to satisfy all crowds in question. It has some qualms, but on the whole it’s a success. It’s a beautiful game too, and one that will hopefully begin its ascent into the ranks of household names within the fighter genre.