Todd McFarlane, a well-known comic artist, has revealed that he has given the OK for his character Spawn to appear in the upcoming Mortal Kombat X.

“We actually have a short deal with [Mortal Kombat X developer NetherRealm Studios], so they may put [Spawn] in there,” McFarlane said. When asked to elaborate, he clarified, “That means that they have access to use the character in a couple of their games if they want to, again at their discretion.

“So I gave them a window of time, and so I’ll leave it to them to be able to do what it is that they want. So eventually they’ll phone me and they’ll say, ‘Hey, we want to use him here; is that OK?’ Well, technically, that’s OK because we’ve already said yes; they’re just letting us know.” 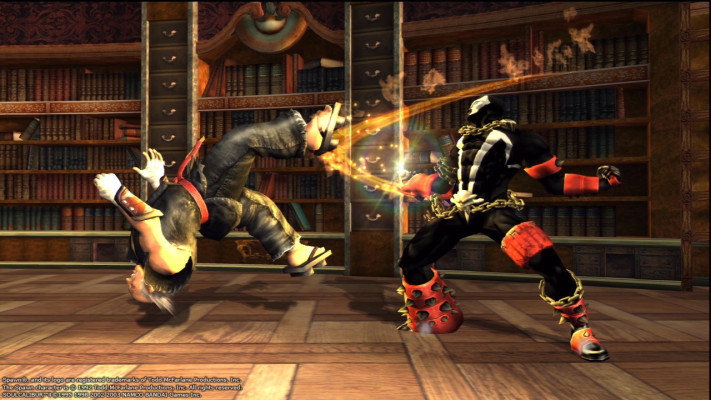 There’s no guarantee that Spawn will actually appear in Mortal Kombat X, though. McFarlane went on to say, “Well, I don’t know if they’re ever going to use it. They just might squat, they might squat on it.” Last year, NetherRealm founder Ed Boon tweeted a link to a story that McFarlane wanted to see Spawn make an appearance in NetherRealm’s previous fighting game, Injustice: Gods Among Us, a match-up that never ended up happening.

"McFarlance expressed interest in seeing Spawn as an unlockable character in Injustice: Gods Among Us" http://t.co/1xIN4KZ6Rc

Spawn has already appeared in a fighting game before, making an Xbox-exclusive appearance in Soulcalibur II and Soulcalibur II HD Online. The Mortal Kombat series has featured guest characters before, including Kratos from the God of War series and Freddy Krueger from Nightmare on Elm’s Street, so it’s not unheard of that a character like Spawn could appear in Mortal Kombat X. In fact, another guest character, Predator, has already been rumored to appear as downloadable content for the game in June.