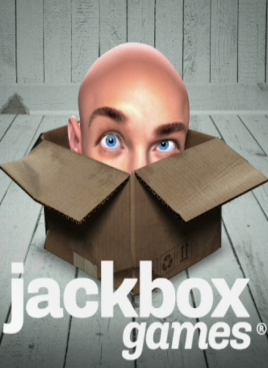 You Don’t Know Jack’s revival in 2013 brought a whole new generation together laughing just as the late ’90s/early ‘0os incarnations had done many years before. The Jackbox Party Pack may seem like something you’d pick up at a party supply-store with a grab bag of things, and while it may not contain a lot of physical goodies, this pack does provide a lot of fun. You get You Don’t Know Jack 2015, Fibbage XL, Drawful, Word Spud and Lie Swatter. Each comes with a virtual box and even an age rating to lend a bit of credibility to the presentation. Much like physical carts being represented in Atari collections, or the use of physical hardware in CG form in the Sega Vintage Collections on Xbox Live Arcade, it’s a perfect way to remind people of the days when physical goods ruled the roost while providing all of the benefits of a digital download.

You Don’t Know Jack’s reboot was perfect years ago. It kept the smart-ass answers and funny tone from the original, but updated things from the early South Park-era of crude humor to a slightly more sophisticated version here. You’re still going to have a a bit of sophomoric humor, but it’s sandwiched between a lot of parodies including some hilarious faux-CD ads and even parts that pay homage to the silent film era. YDYJ 2015, like the reboot, is made to work with the OUYA pad and it works fairly well.

Fibbage XL takes a regular board game concept and turns it into something that works perfectly with the second screen experience being so vital to this particular game. Here, the OUYA pad is never really used beyond basic menu selections. Every single player has to use some kind of second-screen to play. While that might sound awful, the game does support anything with a browser — so someone can log in on the website on their desktop, someone else get hop on their laptop, another one can use their phone, and someone else can use a tablet. 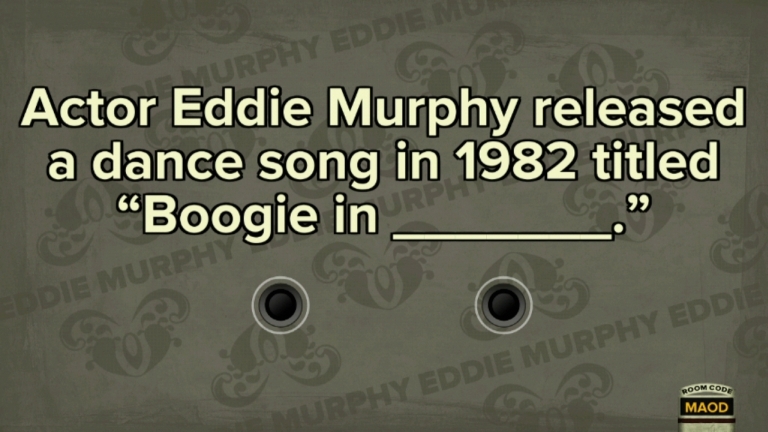 This solution may seem a bit cumbersome, but it does allow everyone to use something that at least in practice is kind of like a private notepad — no one else can cheat and see your results. Fibbage is a great rapid-fire game since the rounds are brief, but they require some mental dexterity to come up with lies to fill in the blanks and depending on the age and maturity range of the players, can result in some hilarious lies. I found that going with completely absurd things that couldn’t be true ala Hollywood Squares, made things more entertaining and kept things more fun for younger players who could at least know to avoid the silly answers given out.

Lie Swatter’s concept is fairly simple — things purported as facts are thrown on-screen and you have to determine if they’re true or not. In that sense, it’s very similar to Hollywood Squares, only with flies being swatted during lies. Here, you go on your device of choice and choose whether something is true or not. The TV is only used to broadcast the questions, answers, and results with the browser being used to play the game completely. Some choices are easy, like whether or not the Beatles had all 100 songs on the Billboard Top 100 list, while others rely on things that are just absurd enough to be either true or false — like the creator of Fender guitars making electric guitars despite not being able to play guitar or Al Capone’s brother being a prohibition officer.

Drawful is about what it sounds like. You start off drawing your avatar and then drawing something that the other players have to guess on. It’s a bit like Pictionary, but with the ability to reward bonus points if you’re the person whose drawing is chosen. Some of the descriptions for what you’re drawing are a tad abstract, so while they’re not exactly like drawing dignity (and may God help you if you don’t know dignity when it’s staring you in the face), it can require some creative thinking to draw some things especially since you’re using a primitive drawing tool. Still, there’s a lot of fun to be had with stick figures here and/or just random vulgarity after a couple of drinks. 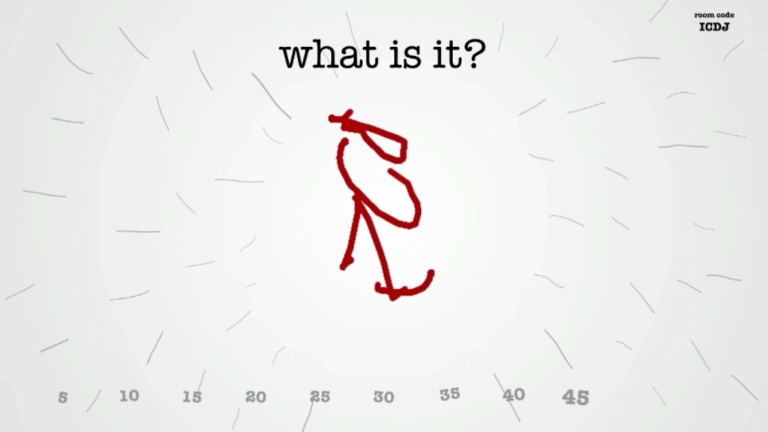 Finally, there’s Word Spud. While listeners of the Hardcore Gamer Show may think this is about my cat Spud who is always meowing and thus getting “SHUT UP, SPUD!”, those are not in fact that words that inspired this game. This is a fill in the blank game, but you don’t need entire words to continue on. The goal here is to link together as many things as possible, and the person with the most-liked responses via a vote with the other players wins. It’s a fun way to trap other people into a word choice that makes no sense, but also a fun way to expand vocabulary if you’re creative.

Visually, this is a bunch of board games — so you’ve got a menu-heavy interface with very little really pushing the hardware. To the game’s credit, the 3D boxes and in-game world for the main menu looks pretty good. High-quality graphics are used for the game boxes and you can read all the text. There’s no slowdown evident and that keeps the pace of everything nice and brisk. The voice work for all the games is nicely-done and easy to hear — since that’s how these games can be understood due to the reliance on a second screen for things, that’s a very good thing. 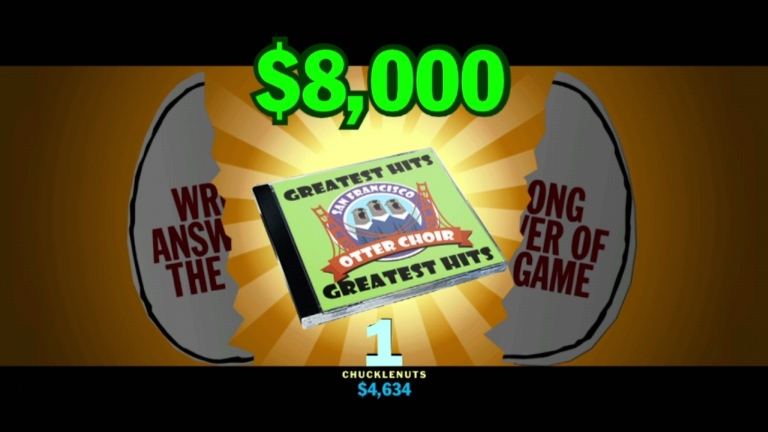 The Jackbox Party Pack is a must-buy for anyone who has a large group of friends and a silly sense of humor. Nearly every game here requires the use of a second screen, so be sure to have your phones charged and/or a couple of laptops running in order to properly play the game. While the use of another device seems odd at first, the games are all well optimized for a variety of devices and that’s impressive. They’re also a lot of fun to play, especially a couple of beers into things. Family-friendly play is certainly possible, but is largely going to be limited to things like Word Spud, Lie Swatter, Fibbage XL and Drawful as You Don’t Know Jack really isn’t all that family-friendly. Still, this is a fantastic collection of party games and a must-have for social butterflies.