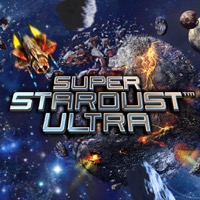 Super Stardust HD was one of the early titles on the PlayStation 3, coming out only a few months after the system itself, but it’s endured as one of the best arcade-style shooters on the system.  The short, cheap version of describing it would be Asteroids meets Geometry Wars wrapped around a sphere, but that wouldn’t express how fantastically good the game looks or how smooth it all runs, even when the planet is crowded with what feels like thousands of meteors, broken meteor chunks, enemies that are far more aggressive than the drifting debris they shove out of the way, plus the huge amount of firepower you’re laying down to suppress it all.

Super Stardust Ultra is a remake of Super Stardust HD for the PS4, shinier with more detailed planets and a few new game modes added on, but if you’ve played the original then you’ve played 90% of Ultra.  Remakes are A Thing nowadays, though, and so long as the game being ported over to the current-gen is worth the update and you haven’t played it to death already that’s not a bad thing.  Super Stardust HD was one of the good ones, and while if you peek below you’ll see it doesn’t get (spoiler alert!) quite the same score I gave it back in the October 2007 issue of Hardcore Gamer Magazine, it’s weathered the last 7.5 years remarkably well.

The basic setup of Super Stardust Ultra is pure arcade.  You’re a spaceship flying in orbit above a planet, meteors ranging in size from small ones the size of your ship to utterly enormous rocks that could turn the world into a respectable double-planet system rain down from space onto the orbital plane, and you’ve got to shoot them off.  Meteors come in three types- rock, gold, and ice, and you’ve got three guns to deal with them.  The green spread of the rock splitter works best for normal rocky meteors, the snaky laser of the gold melter takes out the blobby gold  ones, and focused blue high-speed shot of the ice cutter demolishes the jagged blue ice chunks.  The gun affinity is more about efficiency than necessity, so if you’ve got a mix of rock types you won’t be defenseless, but even at peak destructive effectiveness there’s a lot of debris flying about.  Add in a good variety of deadly enemies attacking in swarms, from exploding satellites to snaking green silverfish or just massive hordes of balls and the planet’s high orbit gets very crowded, very quickly. 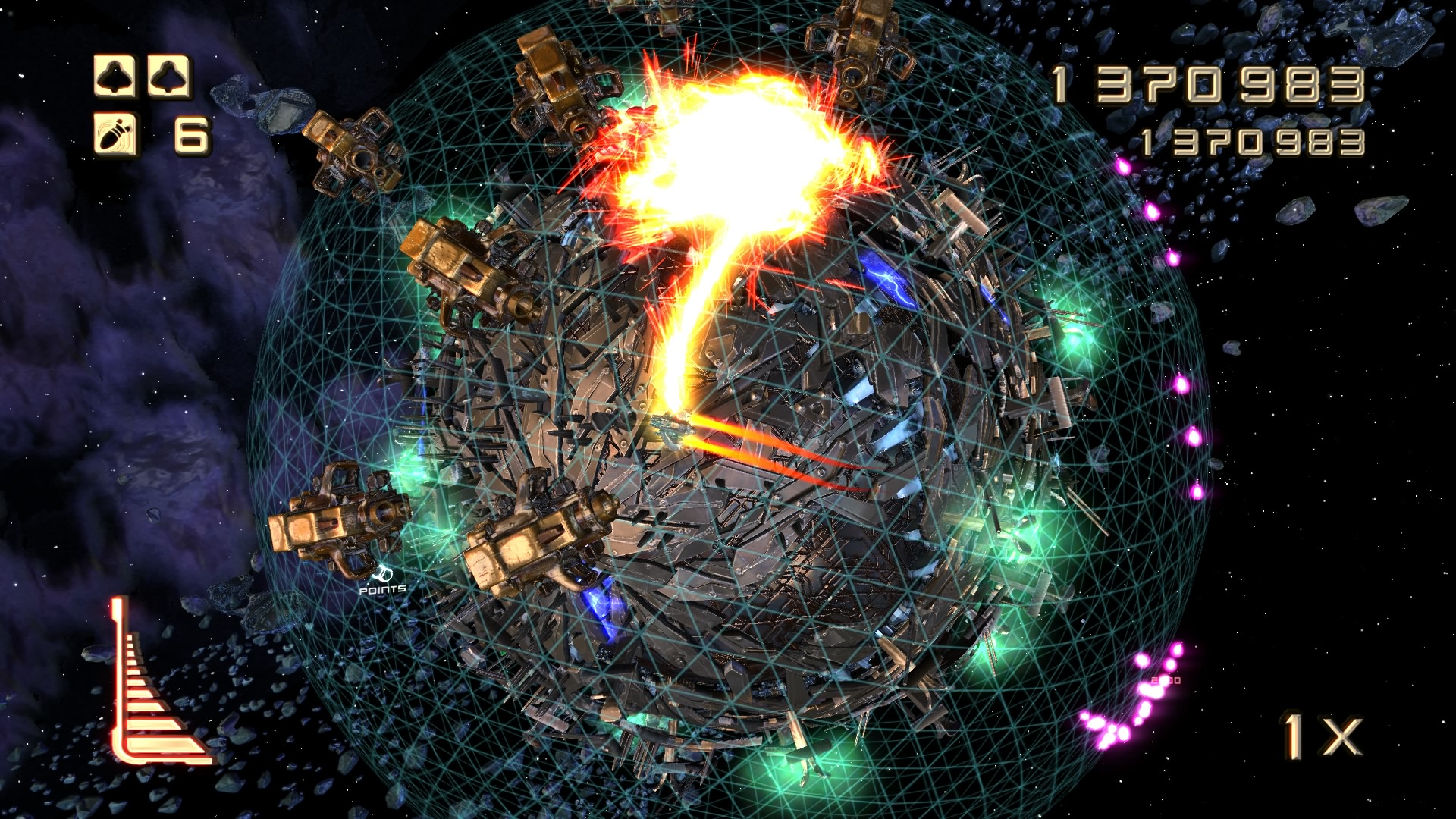 Clearing out the packed orbital plane is always good fun, but seeing as its a remake the one problem of the original is still intact.  In the standard arcade mode each level is just a bit too long for its own good, frequently working on variations in a theme that you’re already strong enough to overcome.  It’s tricky, and a stray death may happen simply due to the time it takes to clear out enough targets for the final enemy wave to spawn, but once you’ve got the power to clear the sky efficiently it can be more about killing time until the interesting challenges show up.

The other modes ramp up the difficulty more quickly, with the Endless mode in particular being a great way to get a fast challenge, but other than Endless they come off as somewhat gimmicky.  Bomb mode gives you a limited supply of bombs to get as far as possible, leaving you to carefully dodge so that each carefully-timed attack yields the maximum points and hopefully earns a pair of replacement bombs as well.  Impact mode tweaks the boost function so you can zip around taking out the maximum number of enemies by chaining one into the other at high speed. The two new modes are Interactive Streaming, which lets viewers help or hinder you assuming you’ve got anyone watching, and Blockade, which has the ship poop out an endless string of semi-indestructible rocks to limit your movement.  All the modes are entertaining in one form or another, but only Endless and the full Arcade mode have any real longevity. 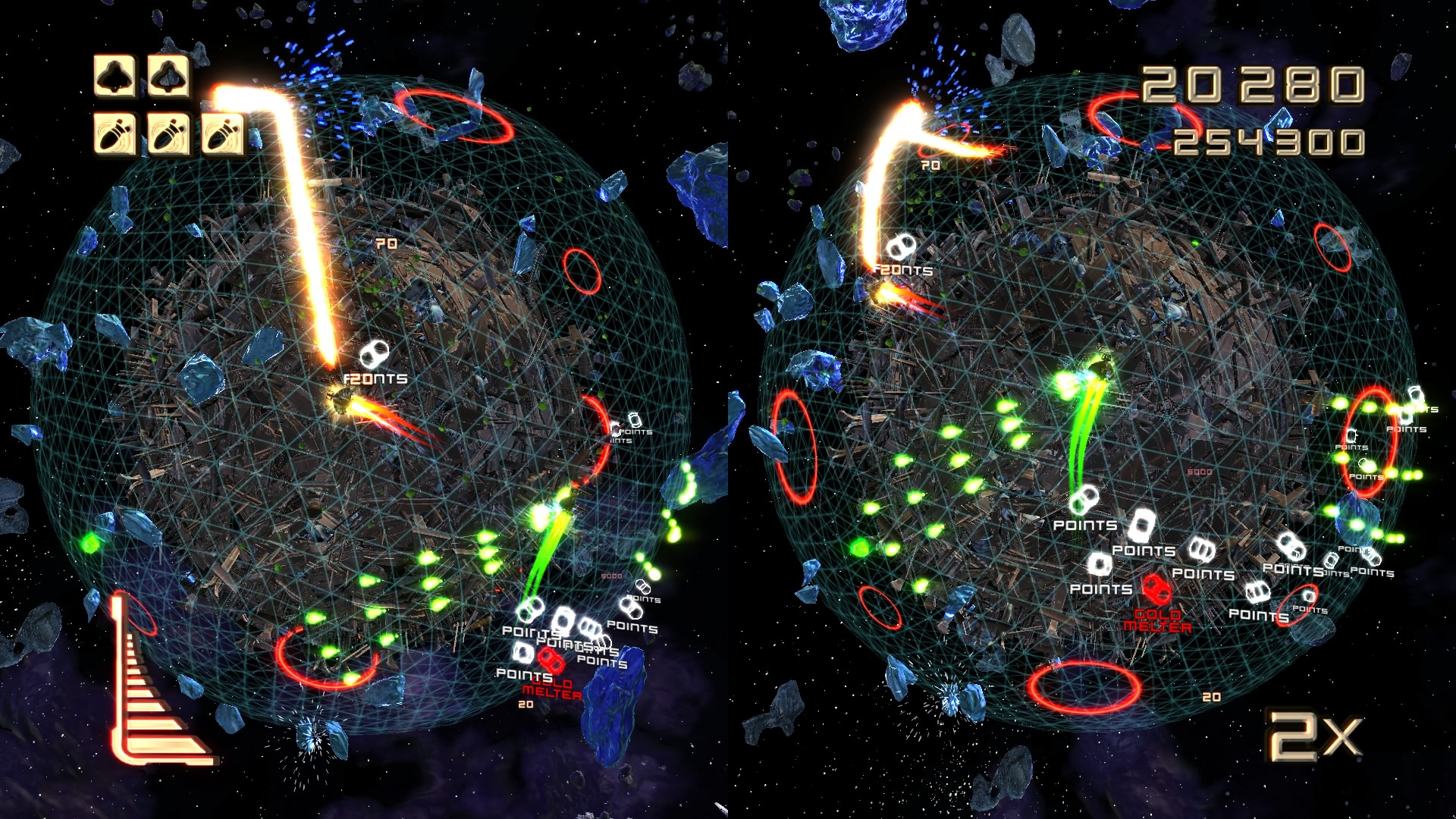 That’s not as negative as it might sound, though, because huge AAA games with massive production and marketing budgets have come out and been completely forgotten in the seven years since Super Stardust first landed on the PS3, but the advantage of a great arcade game is that it’s timeless.  It’s just as much fun today to blast through massive fields of rocks and dodge-y, twisty, explodey enemy waves as it was in the early days of the PS3, and if the rumored (but incredibly likely) Morpheus compatibility works out then it will be great in VR, too.  Super Stardust Ultra is an excellent update of a great twin-stick shooter, and worth the time for both long-term fans and those who somehow missed it the first time around.