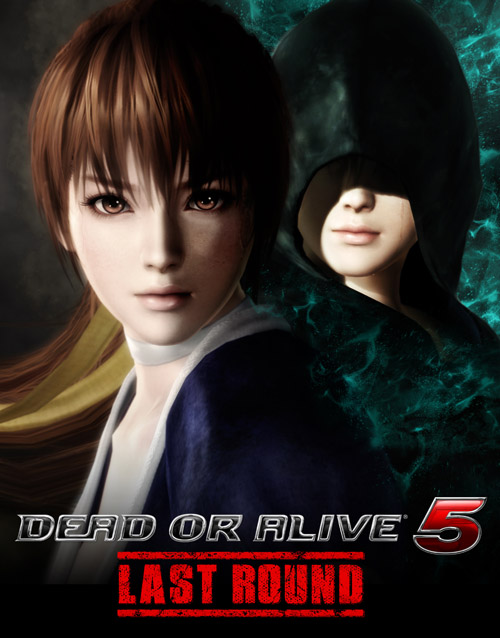 Despite originally debuting in 2012, the saga of Dead or Alive 5 is far from over. After two additional iterations, Tecmo Koei has decided to release yet another version of their quick-paced and overly sexualized fighter, this time on a new set of consoles. While the PC edition is still a couple months away, and won’t ship with online at launch, Sony and Microsoft’s systems have received the seemingly definitive version of Team Ninja’s fighter. The Japanese may as well have unlabeled their Ultimate release as Last Round sees new characters, stages, and not to mention a number of their previous release downloadable content. 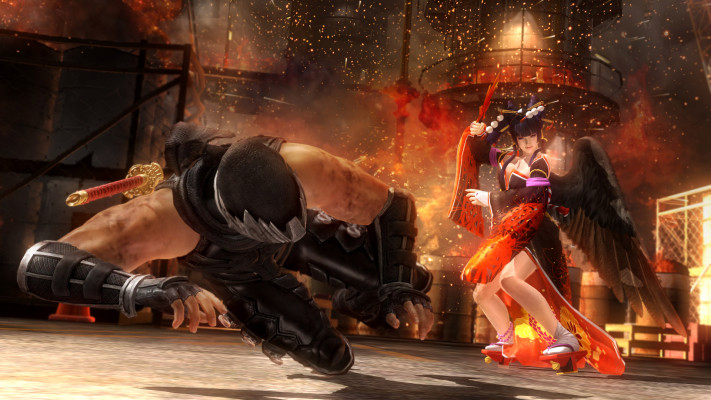 While on the subject of translucent tops, it’d be foolish not to bring up the “breast physics”. While bouncing breasts have always been a staple of the fighting series, they’ve been completely shaken up — literally. Female assets moved based on the costume worn and traced movement, but it reached the point where it was just silly. Jiggle. Any tiny movement will elicit breast movement. Extend an arm? Jiggle. Take a step forward? Jiggle. Smile? Jiggle. It’s even more apparent in Last Round with a seemingly new, and highly promoted engine that may as well have its own AI assigned. While the physics were intended to add realism to character models, it ironically made the game less genuine. Let’s be honest, though; ridiculous as it may be, it’s doubtful Tecmo Koei will be receiving any complaints from male fans any time soon.

Dead or Alive Ultimate was a significant leap in terms of enhancing the formula Team Ninja established in 2012, not to mention adding new characters into the mix, but unfortunately Last Round can only be described as incremental. In fact, the game is a complete mess for some as Team Ninja is publicly recognizing game breaking bugs and incompatibility issues with fight sticks that could really damage the experience for many. Fortunately we have not run into any of these issues. While we get all of the characters and meaningful enhancements to the combat that were found in Ultimate, there are only two new characters and stages to be found. Raidou makes his return to the Dead or Alive franchise, best known for his appearance in the first game, but he has gone through some cybernetic changes. The other character is Honoka, a young Japanese school girl who doesn’t really have any of her own defining traits. This is because Honoka has essentially meshed together moves from other characters to form her own attack pattern. She’s a fascinating experiment, and with a cast of 35 unique individuals, which includes the three downloadable characters from the last game, you can’t really knock Team Ninja for taking the easy route in not designing a new move set — although she takes the best moves possible. In addition to some reused characters, there are reused stages, as well. Crimson and Danger Zone both return to Dead or Alive Last Round, bringing back the dirty streets of Hong Kong, and the futuristic, well-light cargo lift we have become so fond in the past. 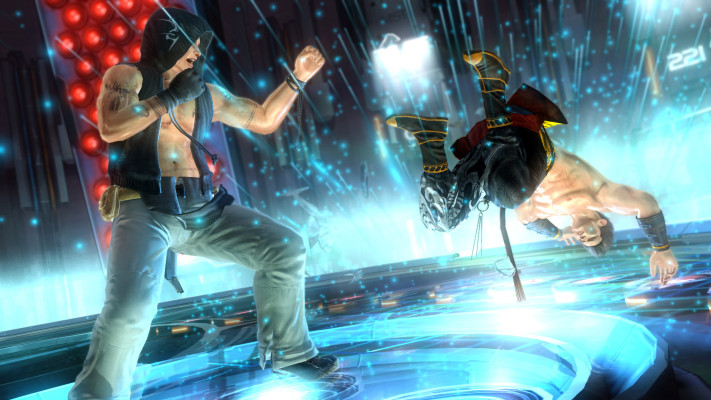 Like the rest of the package, the visuals aren’t a significant overhaul, either. It does run at a much higher resolution, and as mentioned before, breast physics have been lightly touched upon to give more jiggle for every movement. The fact that that’s a touted feature is depressing on many levels. Regardless, it’s abruptly obvious that this isn’t a game meant for the current-generation hardware. Character models are the biggest highlight and look absolutely gorgeous, but the environments can be lacking in some spots. There are 26 different stages to choose from, and just as many as there are vibrant areas, there are those that look dull and even contain some spotty texture work.  Thankfully, at the speed Last Round moves at, the player’s focus won’t be trained on the backgrounds, and the frame rate holds up a little better during more high impact gameplay. At the very least, most of the environments are interactable, having multiple layers to a fight through. There’s also an embarrassing amount of fan service. While I’m sure male fans of the series won’t be too upset with the constant panty shots and highly exposed cleavages, it might be a little much for the average consumer. There are some costumes that have characters fully clothed and throwbacks to older games, but Team Ninja is very much going after a certain audience.

It’s difficult to call Dead or Alive 5 Last Round the complete package only because it comes with an ugly slew of day one downloadable content. While this has become somewhat standard, there’s a shameful amount of costumes available outside of the core game. By no means should we expect all of these optional pieces of clothing to be tied to forty dollar purchase, even though they have already been created for quite some time now, it really lines up with its free-to-play model structure. Similar to Dead or Alive 5 Ultimate, Tecmo Koei has create a free-to-play version for Last Round. This gives gamers four initial characters (Kasumi, Ayane, Hayate and Hayabusa) and allows the option to buy who they want to play as. The fighting game genre seems absolutely prime for this sort of model, so it’s actually appreciated this comes in a secondary form, it’s just too bad the pricing structure for some of the items are sketchy at best. The optional costumes are priced at just less than two dollars a pop, but when you have a character bundle that’s more expensive than the full game itself, then we feel a bit concerned. Regardless, this is an easy way for Dead or Alive 5 into more hands and it’s something I hope they build upon. 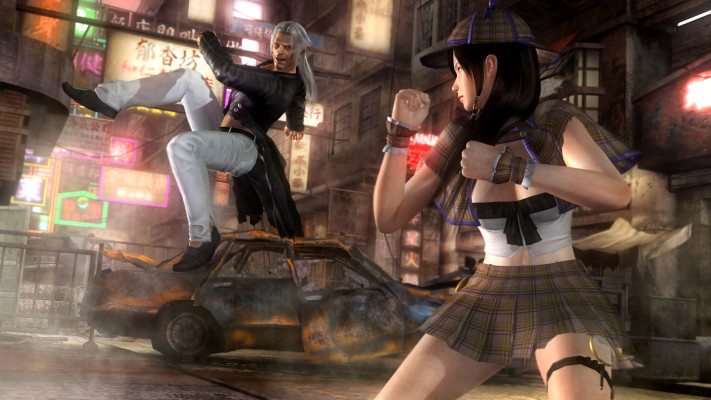 If you’re still playing Dead or Alive 5 after three years on the market and have the desire to continue on a new set of consoles, then the price of admission shouldn’t mean much to you. Even then, it’s difficult to recommend only because of how little Team Ninja has added to the overall experience. If you’re new to the franchise, then this might perfect for you, but if you were reluctant to pick up the three Dead or Alive 5 games in the past, then this probably won’t convince you to jump in. Dead or Alive 5 Last Round contains robust and accessible mechanics that all types of gamers can enjoy, and while the story is cringe worthy at times, it’s absolutely fascinating purely for its overly dramatic, soap opera-esque execution. If you’re looking for a fun, over-the-top fighter with a lot of charm, then Dead or Alive 5 Last Round has your number; it’s just too bad that the few new additions are far from compelling and there are some unfortunate bugs at launch.