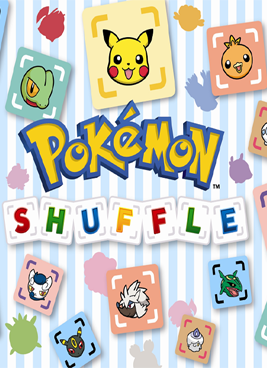 While many games in the Pokémon series center around battling, there have been some that take the approach of brains over brawn. There have been a couple of puzzle games in the franchise over the years and they’ve always been a fun, casual ways to enjoy your favorite pocket monsters. Pokémon Shuffle is the latest in the line and includes a few features from the franchise’s most recent generations.

It starts out with a few tutorial levels to get to know the gameplay. Each level has a Pokémon to battle using your team. It’s actually fairly simple to play as you just need to match three Pokémon tiles either vertically or horizontally. Every time the tiles disappear on the bottom screen, they deal damage to a Pokémon on the top screen. If you do it enough times you’ll beat the level and after defeating the Pokémon, you get the chance of catching it. On top of that, similar to other Pokémon games, each Pokémon used in the battle gains experience points to eventually level up. You’ll get the hang of Pokémon Shuffle in no time but it’s not just about matching three in a row.

It takes some strategy to complete many of the levels. Lining up four or five tiles will give you more points and deal more damage. Experts of the series will notice the Type Weaknesses are relevant even in this puzzle game and combining Pokémon with these advantages, along with creating chains of more than three matches, will earn the highest scores. Many Pokémon exist with two types, but in Pokémon Shuffle, they’ve made it a bit easier by giving them a primary type instead. A Pokémon like Sableye in another game is Dark/Ghost but in Shuffle it’s just Dark, so it does take a different strategic approach. To make it a bit more complicated, each Pokémon you face could try and fight back. They do so by changing some your tiles to different ones or forming blocks and barriers that you must break through. Some levels may take you a few tries, especially when going for the high scores. 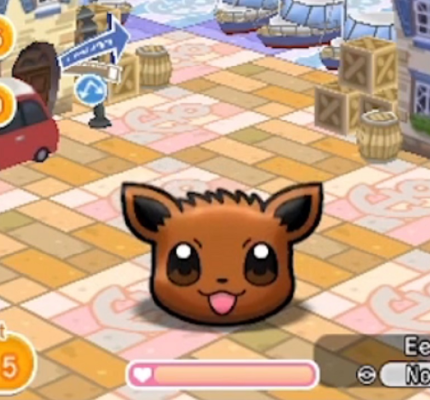 Three kinds of levels exist in Pokémon Shuffle: main, expert and special. Main means you’re trying to defeat the Pokémon in a given amount of turns, with fewer turns to better your chances of capturing it. This is where you’ll spend the bulk of your time playing as gaining experience and catching most of your team members will occur along themed paths in main mode. In expert, the levels are timed instead, sometimes only giving you a minute, and feature legendary or fully evolved Pokémon. This is more of a challenge, so it’s best if you have enough high-level Pokémon before wasting time on them.  Lastly, there are special levels which could have a variety of Pokémon to find, be it legendary or rare, and you’re given a certain amount of turns on these ones, as well. Some special levels may only appear for a day while others last for weeks, so if you’re trying to catch them all it’s best to check-in often.

Now, with all that said, in comes some of the negative points. Pokémon Shuffle only allows you to play a few levels at a time as hearts are used as currency. After trying one, you’ll have to wait half an hour for a heart to regenerate, so if you use up five, you’re waiting hours for them to all to come back. There’s the option of spending a gem to replenish hearts or spend real money on them. Microtransactions are always bothersome but at least this is the kind of game you can casually play and not have to constantly feed money into. If levels are frustrating, you can spend coins on little power-ups that could help, but there’s no guarantee though since puzzles are randomly laid out. There’s also literally nothing else to do in the game when you’re waiting except read about some of the Pokémon you’ve already caught, which shouldn’t take long anyway. It’s a huge disappointment to have to wait so long between turns, but it’s free. I would not recommend taking this game as your only source of entertainment on a trip. You’ll be bored before getting your seat belt on. 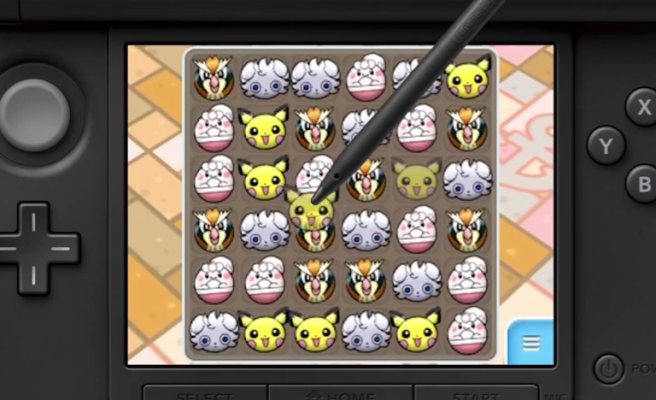 Pokémon Shuffle is a very cute game with enjoyable music and adorable designs. Bringing Mega Evolutions to the scene as well as Type Weaknesses makes it feel more like Pokémon and less like a puzzle game. It’s a huge bummer waiting for a turn, but you can’t beat the price of free. I’ve found myself becoming more and more addicted and playing every couple of hours. It’s fun and challenging enough to keep Pokémon and puzzle fans entertained.