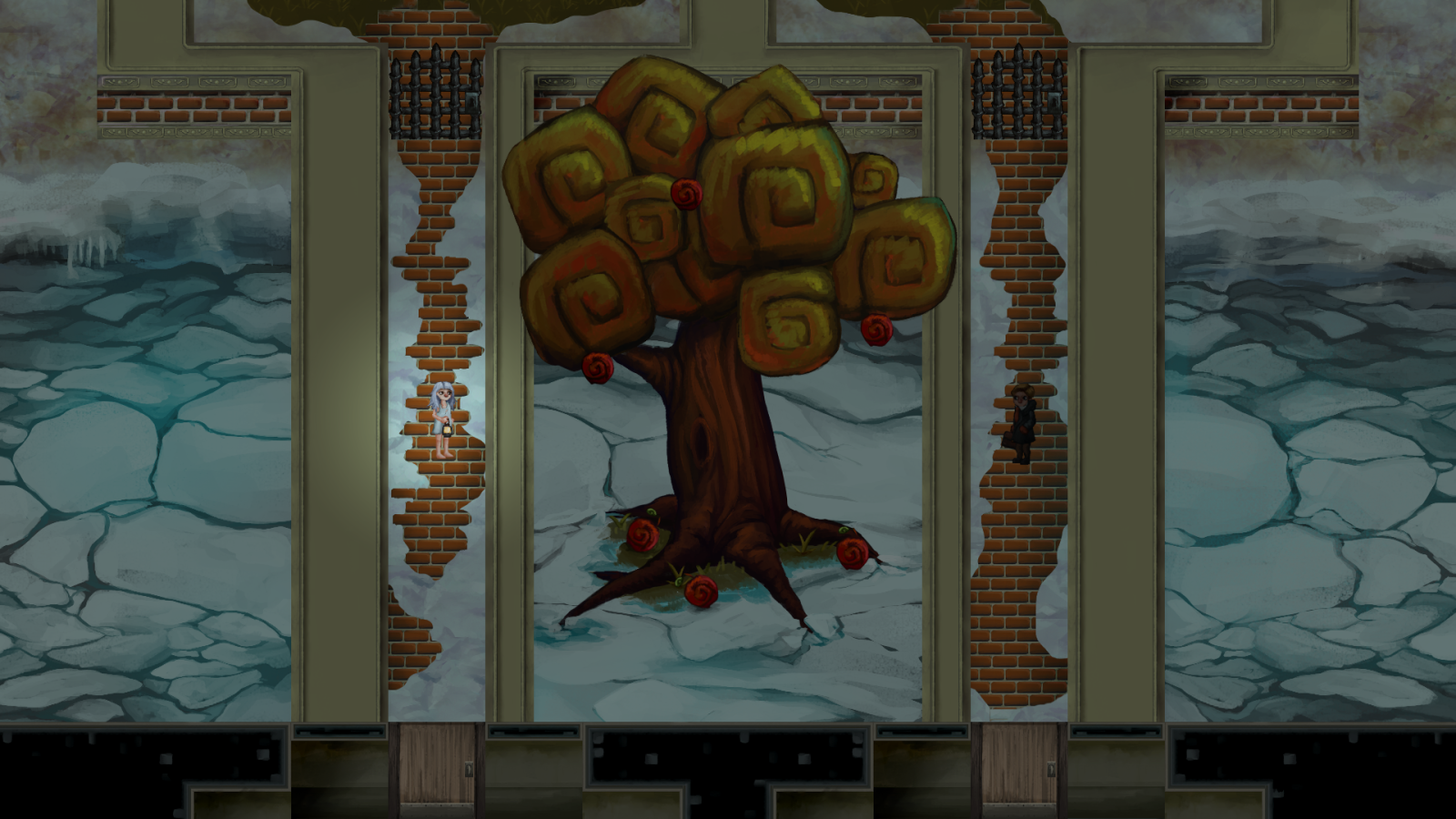 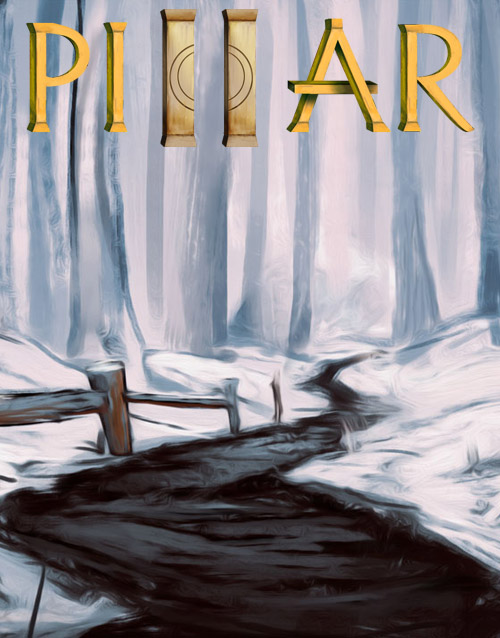 What happens when a game’s loss condition is far more interesting than the gameplay itself?

This is the question that lies at the heart of Pillar, a psychological puzzle mini-game collection that seems to try its hardest to be the next Braid. Basing an entire game off of the Myers-Briggs Personality Test is certainly a fantastic idea in theory, and there are certainly moments where conception meets reality. However, when every aspect of a game is intriguing other than the gameplay itself, all that remains is a lingering “What if?” If ever there was a game that didn’t need traditional gameplay mechanics, this is it. Pillar is all at once an exciting endeavor that wants to make you think and feel, and a monotonous exercise in how long a player can circle into boredom before finally giving up.

Pillar is comprised of six mini-games, each based around a Myers-Briggs personality trait, a given character, and a central gameplay mechanic. Some variation between characters exists, but there’s not enough of a difference to feel as though later stages are revolutionary compared to those that precede them. Distant and Focused are featured in rudimentary stealth puzzles in which they have to make it through small areas without being spotted. Each has the ability to distract the NPC “enemies” populating each area; Distant can place up to three pressure-switch-triggered speaker plates, while Focused can hurl a shout ball in whichever direction she’s facing. The puzzles featuring Giving and Capable require each character to maneuver around a series of pressure plates to repair and illuminate a series of numbered lights. It doesn’t take a rocket scientist to figure out what each character does: giving illuminates the lamps and Capable either fixes them or breaks them down. Finally, Enduring is tasked with collecting a series of orbs while avoiding life-sucking floor-squares that are activated by the door-unlocking Renewing character. Yes, these puzzles are clearly different from each other in one way or another, but certain central mechanics exist across each mini-game. There are always pressure plates to be pushed and things to avoid, meaning there isn’t enough variation to make each character feel as distinct as they should. 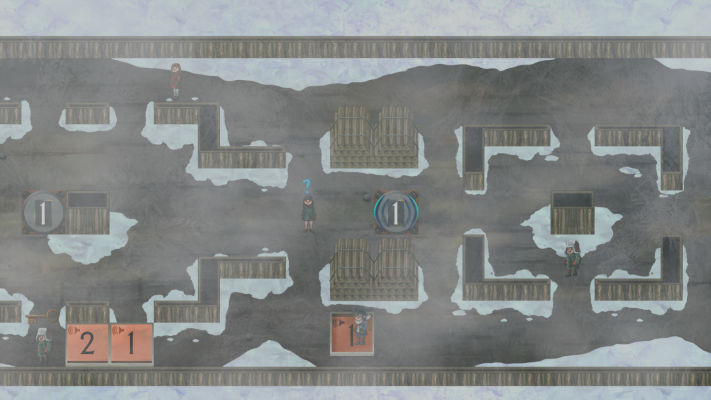 While every puzzle is mildly entertaining in small doses, it’s hard to stay engaged the sixth, seventh, or eighth time around. Pillar feels like a game that would be perfect on the Vita for quick bursts of puzzle-solving, but it quickly becomes a test of one’s willpower on the big screen. This is a bona fide issue; if the average player is going to find their interest waning after fifteen or twenty minutes, it’s going to be hard to convey the deep message that developer MichaelArts (headed by Michael Hicks) is hoping to communicate. It’s pretty easy to get behind solving two or three Giving/Capable puzzles, but tackling more quickly robs Pillar of the charm it’s clearly aiming to bring. With few instructions given to the player, initial attempts involve the perfect amount of experimentation. While there might be opening button prompts that describe basic control mechanisms, such as a triangle prompt for Distant’s magic easel, these instructions are just obtuse enough to make the beginning of each section exciting. The thing is, once you figure out how a given puzzle works, wonder quickly fades to apathy remarkably quickly.

The single aspect of Pillar that shines above the rest comes not when the player reaches the all-important Pillar at the end of the final campaign, but when he or she fails to do so. Take, for instance, the Distant and Focused characters. Each personality trait lends itself to antisocial behavior, be it avoiding people out of fear of distraction or just outright fear itself. The scruffy-haired Distant and the well-put-together driven grey-haired Focused spend their time navigating a series of stealth puzzles, hoping never to be discovered by the citizens of the area. Whenever one of the characters is caught, the screen fades out to black, leaving the player to explore a dim dungeon of emotions (literally). It’s during these parts where Pillar‘s goals are accomplished. If this was simply a pixelated take on personality in the style of Gone Home or the upcoming Everybody’s Gone to the Rapture, we could be looking at something special. Losing as Focused is particularly interesting, as the loss condition allows players to travel a dark path of introspective questions. Presented with simple choices like, “Would I,” “Could I,” and “Should I,” players actually have a chance to, you know, use their minds. It’s a shame that these awesome sections of oddity aren’t the main focus of the moment-to-moment gameplay instead of being an afterthought.

It’s in this sense that Pillar feels like two completely different games. Is it the exploration-based mood-shifter or the by-the-numbers puzzle game centered on blandness? How often have critics panned the use of weak stealth gameplay and repetitive puzzle-solving? Yes, Pillar‘s mechanics are sound, everything works properly, and there are no technical issues to speak of, but how much does that matter? Every one of its problems come as a result of its conception, from burying an interesting idea for a downloadable title behind the loss condition to making it a puzzle game in the first place. The latter point is especially damning; at no point does Pillar ever feel like it has to be a puzzle game. In fact, if you removed every aspect other than the sections opened by failing, Pillar would likely be a better game. Thankfully for the player, there’s always the ability to simply skip pretty much every puzzle by walking straight through them without collecting reward scrolls, though the value proposition in doing this is admittedly spotty. 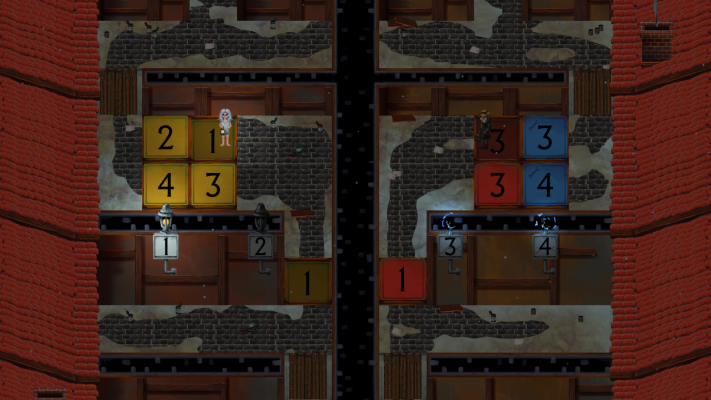 Pillar‘s legacy will define it as an interesting idea, but nothing more. Basing an entire game around Myers-Briggs personality traits is brilliant in theory, but the execution has to match for the end product to be successful. Those who give Pillar a shot will likely be looking for a game that allows them to think and feel deeply, but that game simply doesn’t exist here. Pillar is clearly seeking to be the next Braid, but unlike Johnathan Blow’s masterpiece, it simply doesn’t have strong enough gameplay to come close to that level. Rudimentary puzzle design overshadows every emotional undertone so greatly that boredom is more likely to ensue than introspection. Whether or not Pillar teaches us something about ourselves is irrelevant; the fact that we’re left wondering what could have been is the true tragedy.