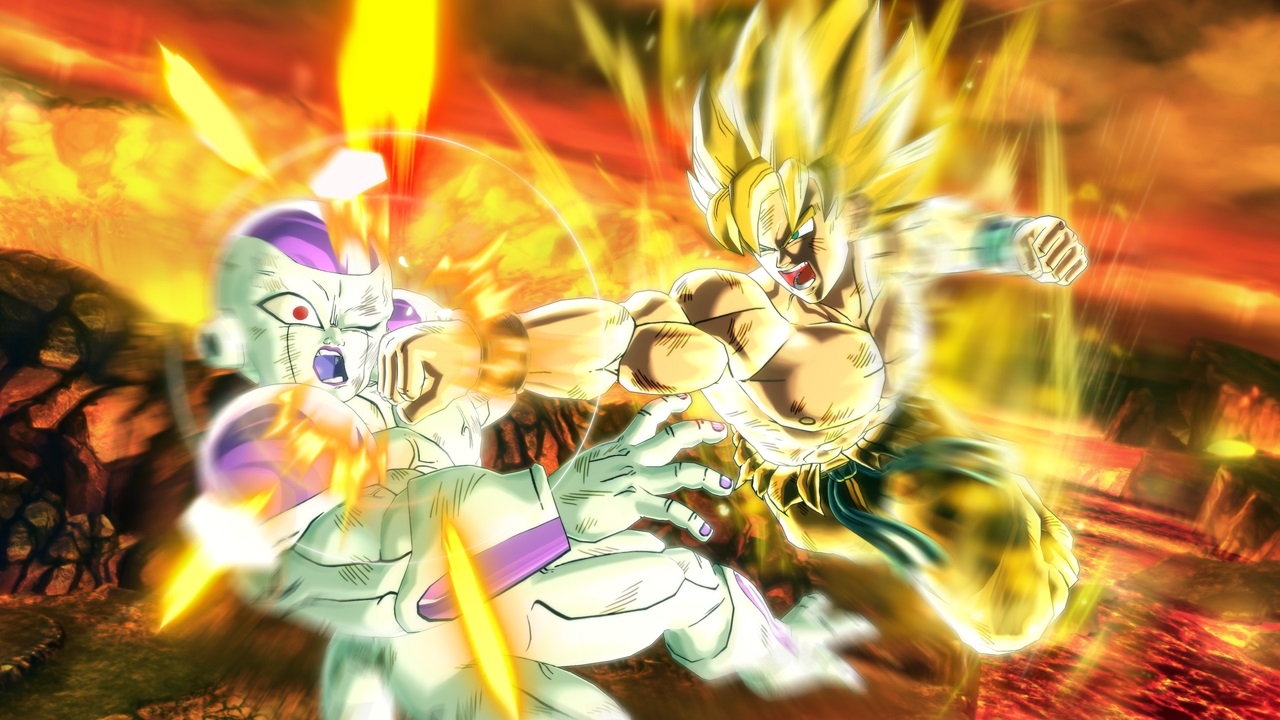 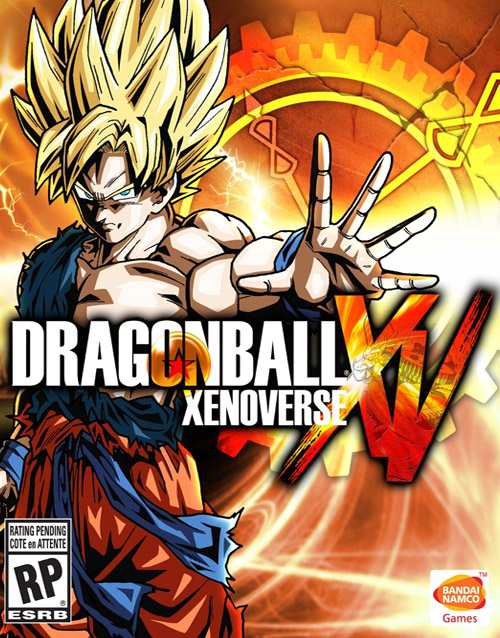 Like clockwork, Dragon Ball Z games continue to appear on store shelves. It’s no surprise that games based on one of the greatest action anime of all time keep coming out, but it’s also no surprise that their quality has been middling at best. Aside from the few exceptions like Dragon Ball Z: Budokai 3 on PS2, Dragon Ball Z games have danced between decent (Budokai Tenkaichi 2) to outright terrible (Ultimate Battle 22). The previous DBZ game, Battle of Z, fell in the latter category as a mishandled team-based fighter. Recovering from such a mess isn’t easy, so it’s safe to say that the newest Dragon Ball Z game, Dragon Ball Xenoverse, had skepticism along for the ride, even with its ambitious create-a-character storyline. After Battle of Z, Dragon Ball Xenoverse had no right to be worth your time, and it certainly has no right to be as enjoyable as it is.

Dragon Ball Xenoverse follows an alternate path from the original anime. A mysterious force is causing certain events from the Dragon Ball universe to change, leading to instability across the dimensions. Enter the Time Patrol, a collection of soldiers whose goal is to keep history together by weeding out any anomalies in the timeline. Trunks, who traveled back in time to meet Goku in the anime series, is a member of the Time Patrol who is out to discover the truth behind the instability. He uses the Dragon Balls to summon Shenron and wishes for a powerful warrior to assist him in his quest, and thus your created character becomes the protagonist. As you might expect, Dragon Ball Xenoverse is one giant “what-if” game. What if Raditz escaped from the nelson hold in the past, leading to Piccolo and Goku’s demise? What if Cell earned extra help in his fight against Gohan, leading to him winning the bout? These aren’t really anything new for the series, as many games have had their share of alternate history scenarios, but the way Dragon Ball Xenoverse ties these “what-if” events together is inventive. You even get some new characters, like the Supreme Kai of Time. While this does omit some pretty memorable fights from the main story, it’s definitely the most creative use of non-canon storylines seen in any Dragon Ball Z game. 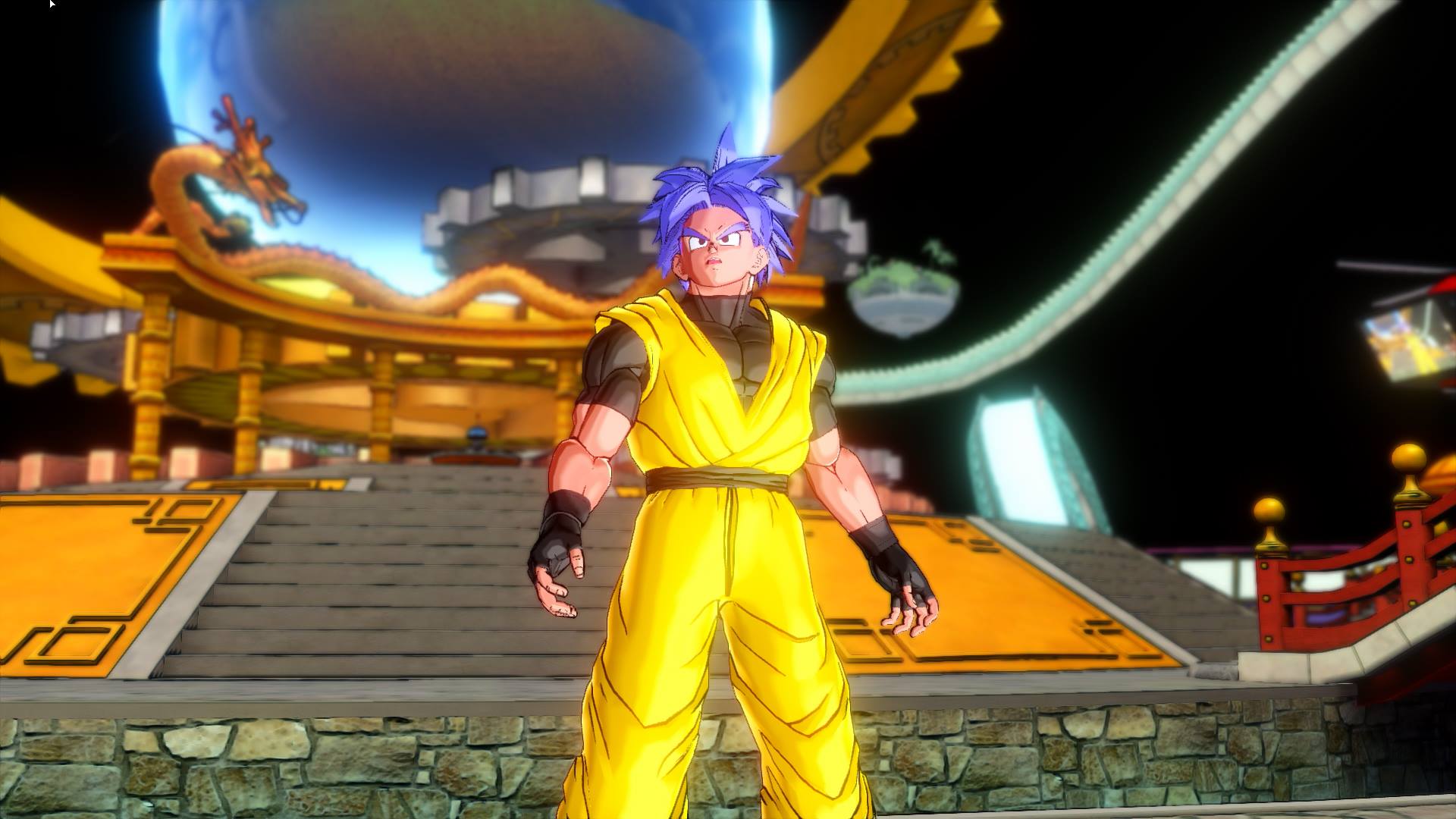 Dragon Ball Xenoverse’s most notable feature is character creation. You’re not limited to Goku, Vegeta or the like; you can create your own Z warrior to fight as throughout the story. Between choosing your race, gender, and cosmetic appearance, you can also customize your stats and skills to use in battle. While the cosmetic customization might seem limited compared to, say, Soul Calibur, the combat customization is shockingly robust. You can equip clothing, accessories, and Z souls to alter stats to fit your style, and move customization offers plenty of variety in how you design your protagonist. Different moves have different properties, so creating your custom fighter becomes very addictive as you fight. You can even earn experience to increase your level, which then give you attribute points to increase stats further. Dragon Ball Xenoverse didn’t instill me with confidence when the create-a-character feature was announced, but after hours of playing as my own fighter, I can say I’m a believer.

Battle of Z was a colossal disappointment when it came to its combat. Simplistic and cluttered beyond belief, it made every battle a repetitive headache. Does Dragon Ball Xenoverse improve this mess? You bet. Xenoverse is a massive step up from Battle of Z. While Battle of Z offered dull, repetitive melee combat and a significant lack of special attacks, Xenoverse offers a remarkable balance between accessibility and depth. You can perform light and heavy attacks, energy blasts, and special attacks on the fly, while more advanced techniques like vanish dodges and chain attacks offer expansive combos. In fact, Xenoverse’s combat shines with combo potential. You can attack an enemy with a simple melee combo, chain a vanish attack to juggle them, and finally smack them down with a finishing blow. Even better, special attacks can be chained too. There’s nothing more satisfying than juggling an enemy across the map, then finishing with a Kamehameha right to their face. The battle system is surprisingly robust, and the ability to switch up how you chain your attacks is easily the best part of Xenoverse’s combat. 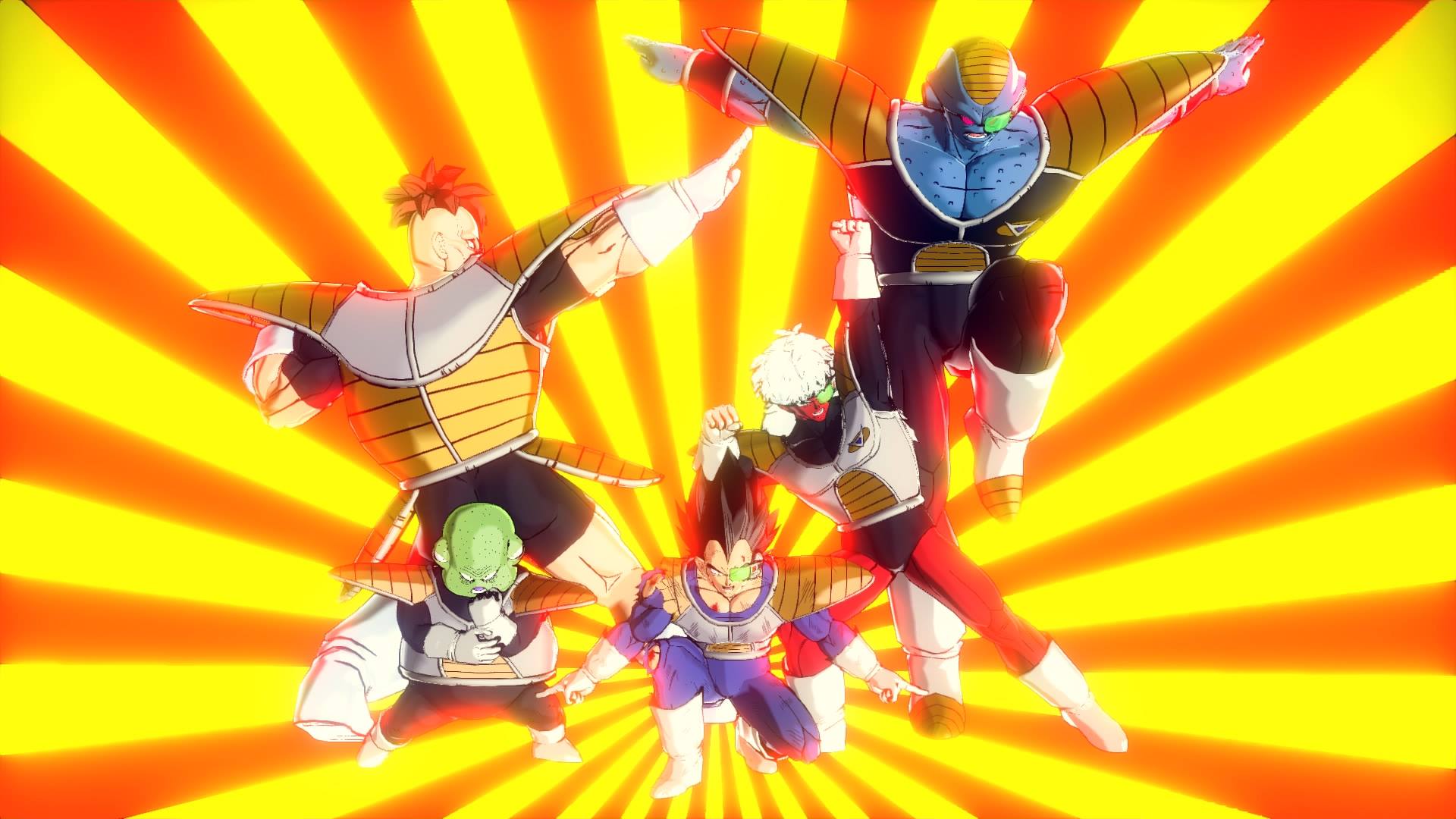 The team mechanic of Battle of Z returns as well, but it’s a healthy improvement. The improved evasion skills make cheap shots from afar much less frequent and larger battlefields keep things from being cluttered. The frantic multi-fighter encounters actually felt cohesive; the crowd control didn’t feel nearly as messy as in Battle of Z. Of course, Xenoverse’s combat isn’t flawless as it’s still pretty repetitive, especially in later missions, and the camera (which has been a problem with Dragon Ball Z games as far back as Budokai Tenkaichi on PS2) gets confused as easily as it did back then. Someone even had the idea of adding indoor stages to fight in, which is an absolutely horrible idea with such a bad camera. Xenoverse’s combat deficiencies might persist, but this is a tremendous improvement over the dull mess of Battle of Z.

The story mode has your custom character joining icons of the series in their fights. You’ll see all the familiar scenes: Goku versus Vegeta, Goku versus Frieza, Gohan versus Cell, it’s all there. Most missions require you to defeat the enemy of the day, but some offer a few twists, like defending a comrade. The mission variety is impressive, though the game does like making things difficult in questionable ways. Defending missions are downright terrible, as are missions that simply deliver a stampede of throwaway enemies like Saibamen or Cell Jr. (and both of these mission types are used a lot). Xenoverse doesn’t really take much advantage of the DBZ universe’s more obscure fights, leaving much of the mission structure with its share of tedium. 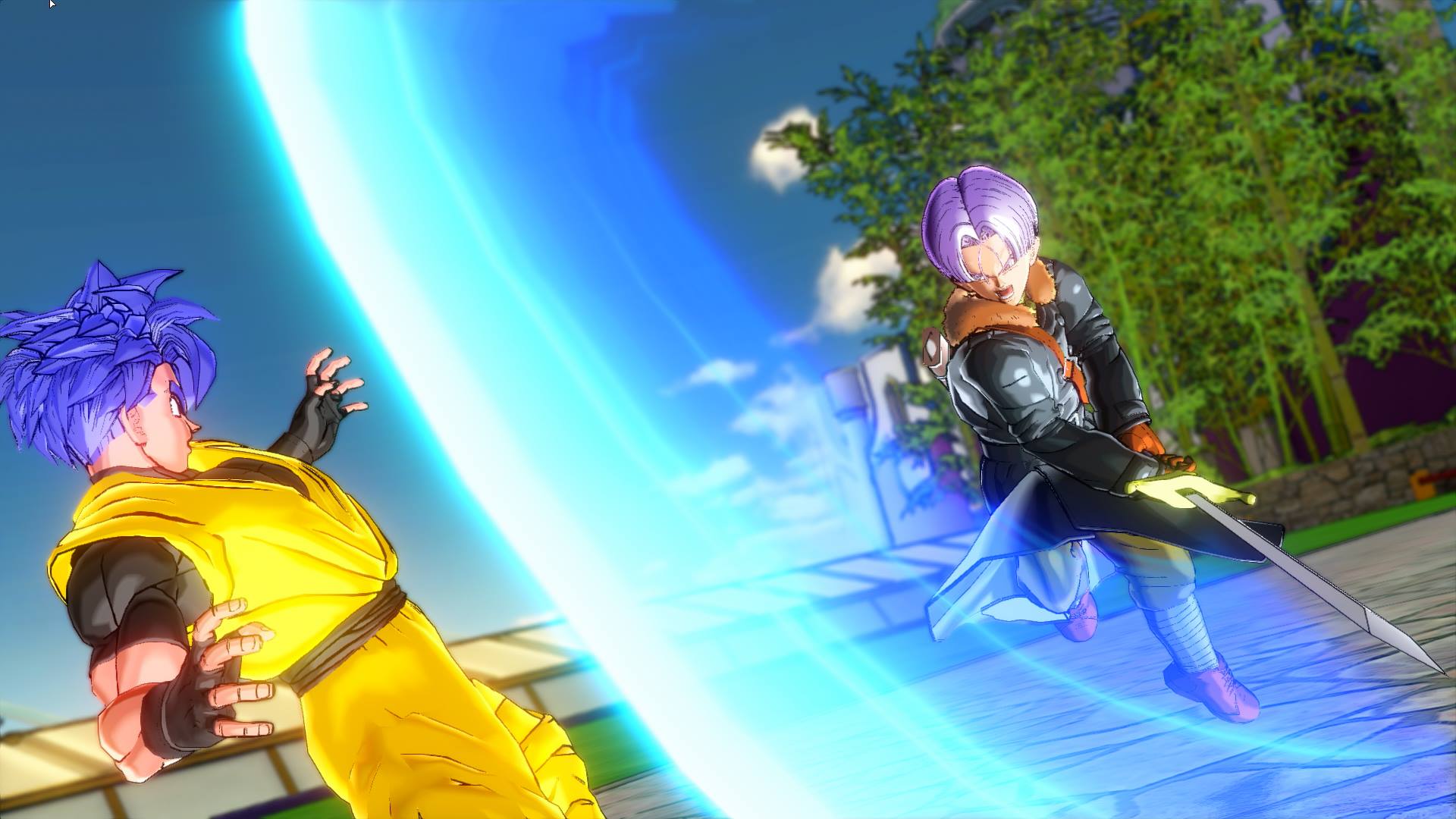 But Xenoverse has a lot of content. Between a solid story mode and a ton of side missions (called Parallel Quests), you can also unlock new gear, skills, and fighters along the way. You can mentor under iconic DBZ characters to learn special moves, complete missions from other fighters, and even fight alongside or against friends. Like Battle of Z, Xenoverse has a substantial focus on multiplayer, but wow, did they fix it. You can team up with other fighters online to take on Parallel Quests or fight other teams, along with typical one-on-one fights. Firstly, none of the battles I experienced, whether cooperatively or competitively, had any trace of lag. Secondly, the online suite accommodates both single and multiplayer, which is the best part of Xenoverse’s multiplayer focus. However, Xenoverse’s online server suffers from chronic intermittency at the time of this writing, leading to a lot of waiting, especially prior to logging in with your character.

Xenoverse is the first Dragon Ball game on current-gen systems, and boy, does the new hardware help it out. Frame rate stayed at a consistent pace throughout the game during my playthrough on PS4, levels take a surprisingly short time to load considering their size, and even the overworld of TokiToki city feels streamlined. Building upon the high-definition flair of past games, Xenoverse looks beautiful. Between stunning anime cutscenes and over-the-top action during fights, this is the best-looking DBZ game hands-down. Complementing that graphical polish is all the voice acting, which includes series mainstays like Sean Schemmel as Goku and Christopher Sabat as Vegeta and Piccolo. And there’s a ton of voice acting in Xenoverse. It’s as good a quality as past games, so you’re bound to hear some familiar voices during battles. The soundtrack follows suit, mixing up between classic anime-esque themes and more action-focused rock and metal. With a fresh generation of consoles to work with, Dragon Ball Xenoverse is a class act in anime action, from its shining graphic design to its superb voice work and soundtrack. 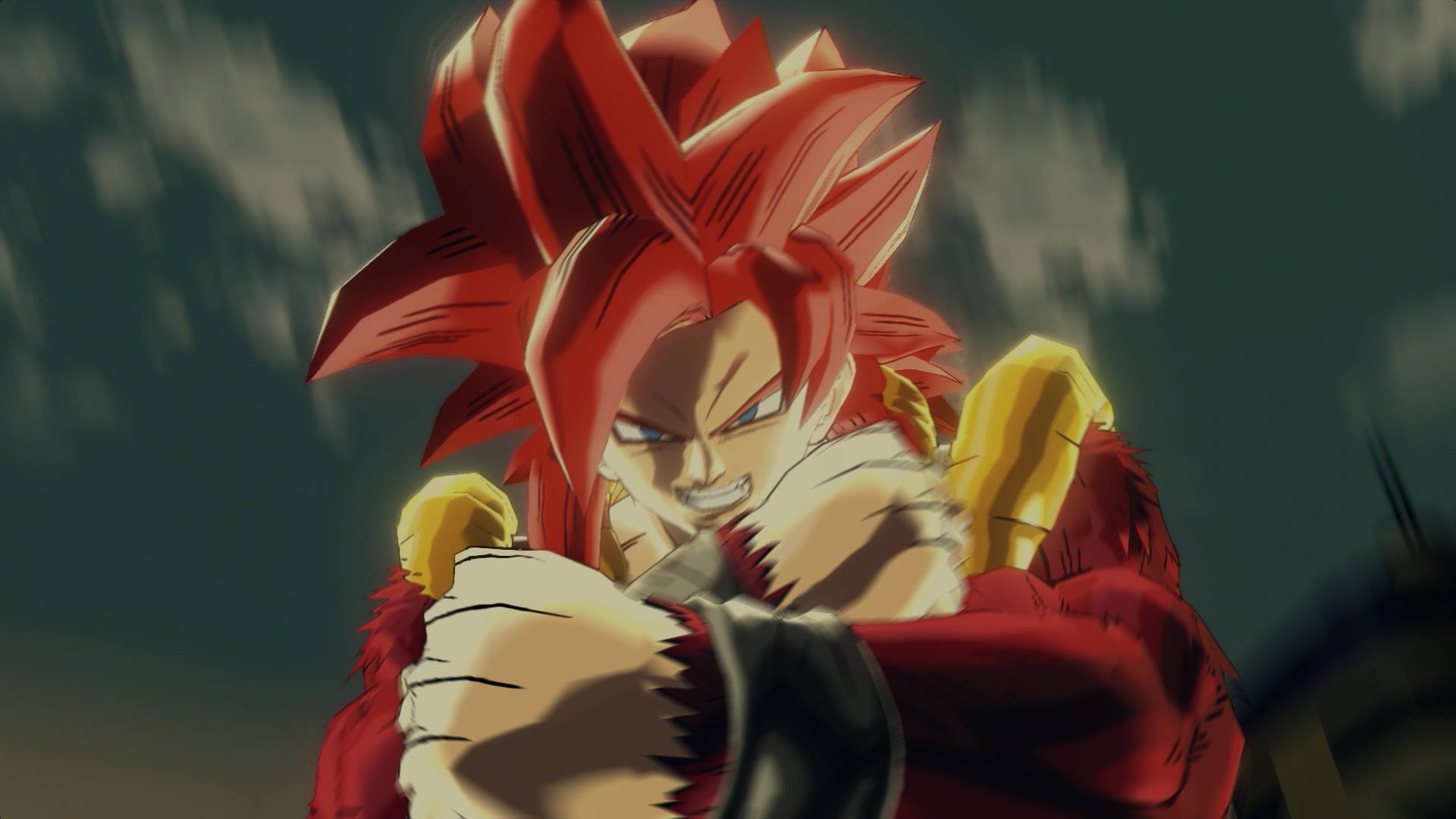 Dragon Ball Xenoverse has its share of flaws, many of which have plagued DBZ games for nearly a decade, but it also fixes nearly all of the problems of its predecessor. The create-a-character feature is a rich pool of choices, filled with expansive combat options and a seamless integration into the story. The controls, while still sketchy, offer a ton of fluidity and variety in how you take on enemies. The combos you can build are so layered that you’ll be bouncing enemies around the map in no time. The multiplayer suite is completely unintrusive as well; you’ll never feel like Xenoverse was only made for online play thanks to plentiful, albeit rather repetitive, missions. Still, the repeatedly offending camera remains a huge issue, and I feel like the omission of some very memorable moments in DBZ lore are noticeable. But as a recovery from Battle of Z, it shines. It won’t set the world on fire, but Dragon Ball Xenoverse is one of the best DBZ games in a long time.