Perhaps one of the most interesting mobile experiments from the past year is Vainglory, a MOBA designed specifically for touch devices. The game premiered at Apple’s iPhone 6 reveal event and marveled all with its impressive visuals and solid gameplay. Today, Super Evil Megacorp is pleased to announce that Vainglory is coming to Android. The closed beta kicks off today, and we got to chat with the team at GDC about their success in bringing such a tricky genre to mobile platforms.

First off, the company is extremely proud of being invited by Apple to showcase the game at the iPhone 6 reveal event. The developer told us that Apple picked them due to the visual fidelity of the game, and the daring to bring such a complicated genre to a mobile platform. Vainglory is a visual masterpiece, capable of pushing the iPhone 6 architecture as hard as it can, though not so much that it won’t work on lower-end devices. Some effects, such as moth and dust, were toned down so as not to obscure the screen. 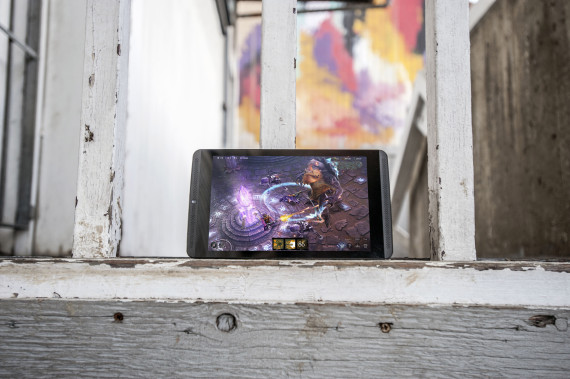 The response from the community has also convinced the team that they’re doing something right. They confessed that they had no idea how people would respond to touch controls, but so far the response has been fantastic. Reviews for the game have been astounding, and players have flocked to the game. Vainglory boasts over 18 thousand five-star ratings on the Apple App Store with players averaging over 75 minutes in the app per day.

While there are many things the team is working on, and planning on changing as they continue to work on the game, there is one aspect of the game they will not change: Vainglory’s mobile roots. The big goal of the game was to prove that a hardcore game can exist on a mobile device, and be successful. Due to this, the team does not foresee the game coming to PS4, Xbox One, or PC. Super Evil Megacorp does want to see Vainglory on as many platforms as possible, but won’t jeopardize their vision just for a few more players. 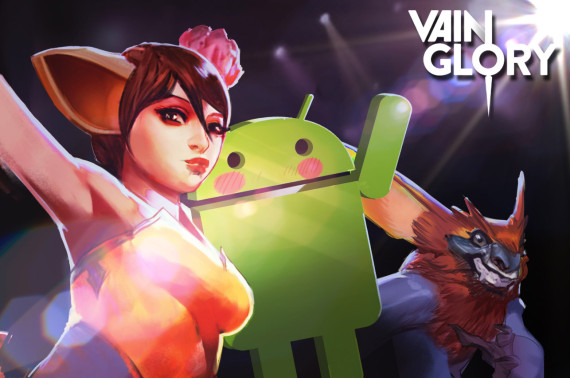 For now though, the company is moving forward with the Android build. The Vainglory Android closed beta kicks off today. The beta will be initially available for a limited number of high-end Nvidia, Samsung, and Google Nexus devices. An open beta, which will support more devices, will follow the closed beta.

For players interested in checking out Vainglory for Android, Super Evil Megacorp will be hosting demos at the Twitch booth throughout PAX East in Boston from March 6-8.