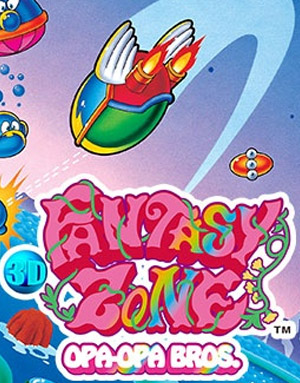 If there’s one thing that STGs weren’t doing in the 1980s, it was deploying candy-colored games that had more vivacity than a ball-pit at Chuck E. Cheese. In fact, most shoot-’em-ups at the time were dark, dreary tales of mankind stubmling upon some kind of enigmatic, alien race hellbent on destroing the universe. It’s clear to see, then, that Sega’s take on the shmup franchise caught some off guard at the time of its 1986 release. But don’t let the neon fool you — this is just as difficult as all the other titles in its genre whilst crushing its players’ hopes and dreams with cuteness. But that’s why this is such a quality experience; there’s just something endearing about a game that will eat players for breakfast, all the while assuming the absolute least suspecting appearance around.

3D Fantasy Zone is quite simple in its concept and delivery.Players are asked to traverse eight planets of the Fantasy Zone, clear out baddies and bosses, earn a score at the end, then rinse and repeat. It’s not trying to be needlessly complex. It’s arcade-like approach lends itself well to on-the-go gaming too, allowing for folks to jump into a stage, blast their way through it, then close up their 3DS for the time being, until they are able to crack it open again in that waiting room, on that bus ride, or in that car on a long trip. The straight-forward, pick-up-and-play nature of Sega’s shmup then, lends itself well to an experience that really is as long or as short of the person playing wants it to be.

The gameplay is as simple as its overall design, though it doesn’t take a by-the-numbers approach to things as one might expect from an ’80s horizontal shooter. Whereas most games of this ilk whisk players from left to right across stages that are laden with death-spewing enemies, Fantasy Zone gives the freedom to explore planets in either direction a la Defender. Instead of being funneled down a linear route, stages can instead be tackled by going left or right to accomplish the mission.

Along the way, coins are earned that are dropped by defeated foes that can in turn be used in the game’s shop to purchase ship upgrades and extra lives (which they will need because the title’s latter stages can be downright ruthless). But really, this is the extent of Zone‘s gameplay trappings. They never grow from here, instead always keeping the shooting at the core of the experience, and requiring players to tackle each stage time and time again in order to master them. 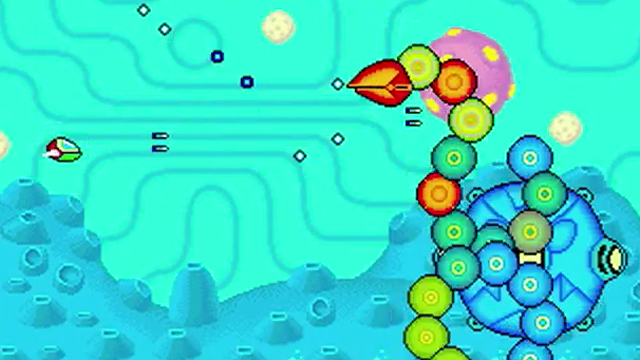 But while the game is melting faces and crushing souls, it’s at least dazzling to look at. As mentioned, Fantasy Zone is usually remembered, not for its gameplay, rather its art style. The color palette is pastel in nature and so sugary sweet-looking that it’s likely to induce diabetic comas. Knowing this, the care given to the aesthetics for this 3D emulation is impressive, as the colors practically come to life thanks for the 3DS’ stereoscopic 3D. There are few games on the handheld that really require the 3D slider to be in its full, upright position; but this is one of them. It’s all the more entrancing thanks to the rhythm of the shooting and general chaos that’s transpiring amist those vibrant, incredibly cute ships and backgrounds. Again, though, as just like with the previous 3D Classics titles, the graphical fidelity has been cared for well, and that should excite those who grew up on this old-school gem.

Aside from the stereoscopic goodness, new to 3D Fantasy Zone is the ability to amass coins by banking them. In the past, players would lose all their money if they died. Being able to save up coins to then spend for extra lives during a particularly rough stage becomes a viable tactic in making it through to the ending credits this time around. And trust us when we say there are plenty of challenging stages. As previously implied, Fantasy Zone isn’t for the faint of heart. Fortunately, there are now added difficulty options, granting folks the chance to adjust the level of challenge to their liking. Being able to actually survive the game’s brutality will undoubtedly be what keeps some genre-newbies around for the longhaul; so the inclusion of this was needed, especially for a game meant to be enjoyed in short bursts.

Unfortunately, the newly added banking feature does seem to lessen the punishment it serves to sever part of the game’s identity. It’s a small gripe, but because such lengths have been gone to in order to maintain the original title’s authenticity, a mechanic like this works against that. Of course, it’s really just intended to help make the game more playable for 2015 standards, but still, this game wasn’t made in 2015 and the purist in me would like to see its gameplay essence kept as-is.

If there’s anything “wrong” with 3D Fantasy Zone, it’s that there’s just not enough of it. Yes, there’s a sequel to scratch that proverbial itch, but on its own merits, and as a stand alone purchase, we wish there was more here to sink our teeth into. That being said, for the few bucks Sega’s asking us to spend, the purchase is well worth it. While it may be light on actual content, being able to tinker with the difficulty could be what keeps folks coming back to this one time and time again when they have a few minutes to kill, or the desire to enhance their shmup skills. 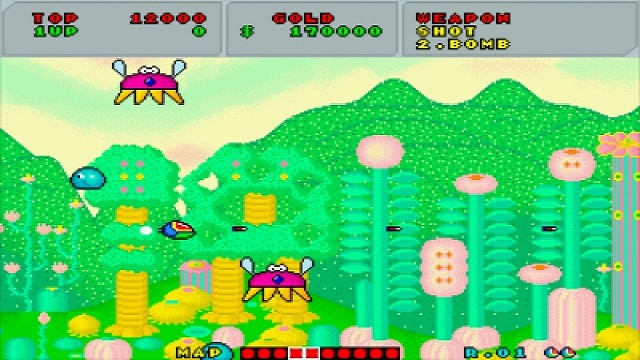 In the end, 3D Fantasy Zone isn’t as necessary or as historically significant as some of the previous Sega 3D Classics’ entries. That being said, it’s still a quality shoot-’em-up that is a real joy just to see in motion. Those looking for a true challenge will want to inquire here, as Fantasy Zone, if nothing else, has a devilish propensity to shatter players’ spirits with its steep challenge.